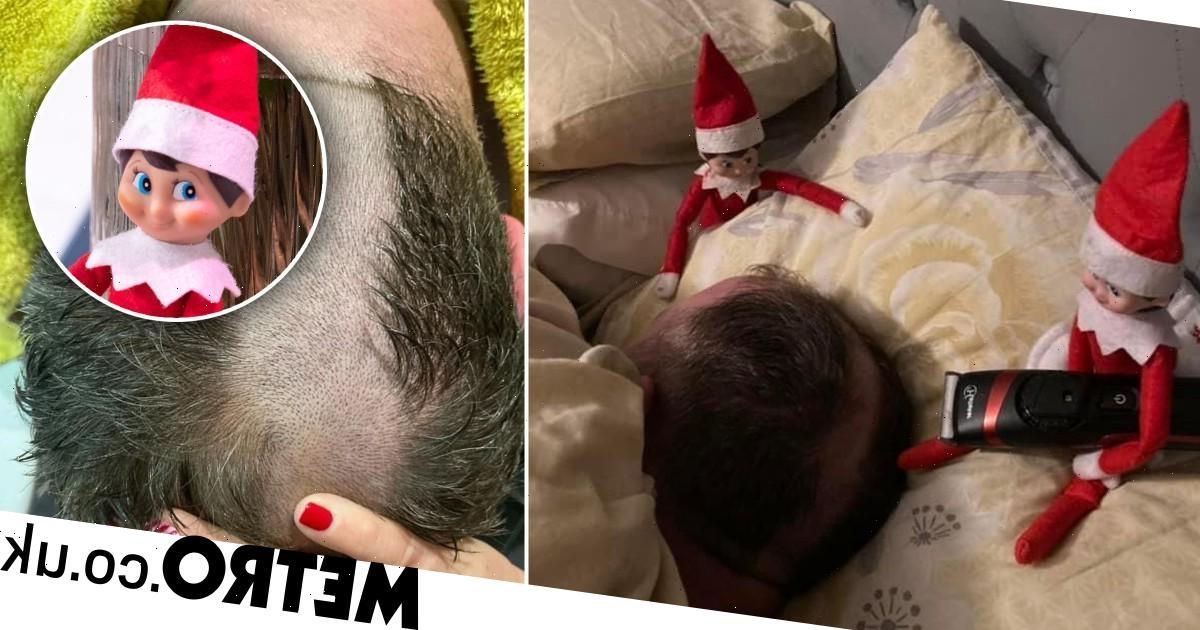 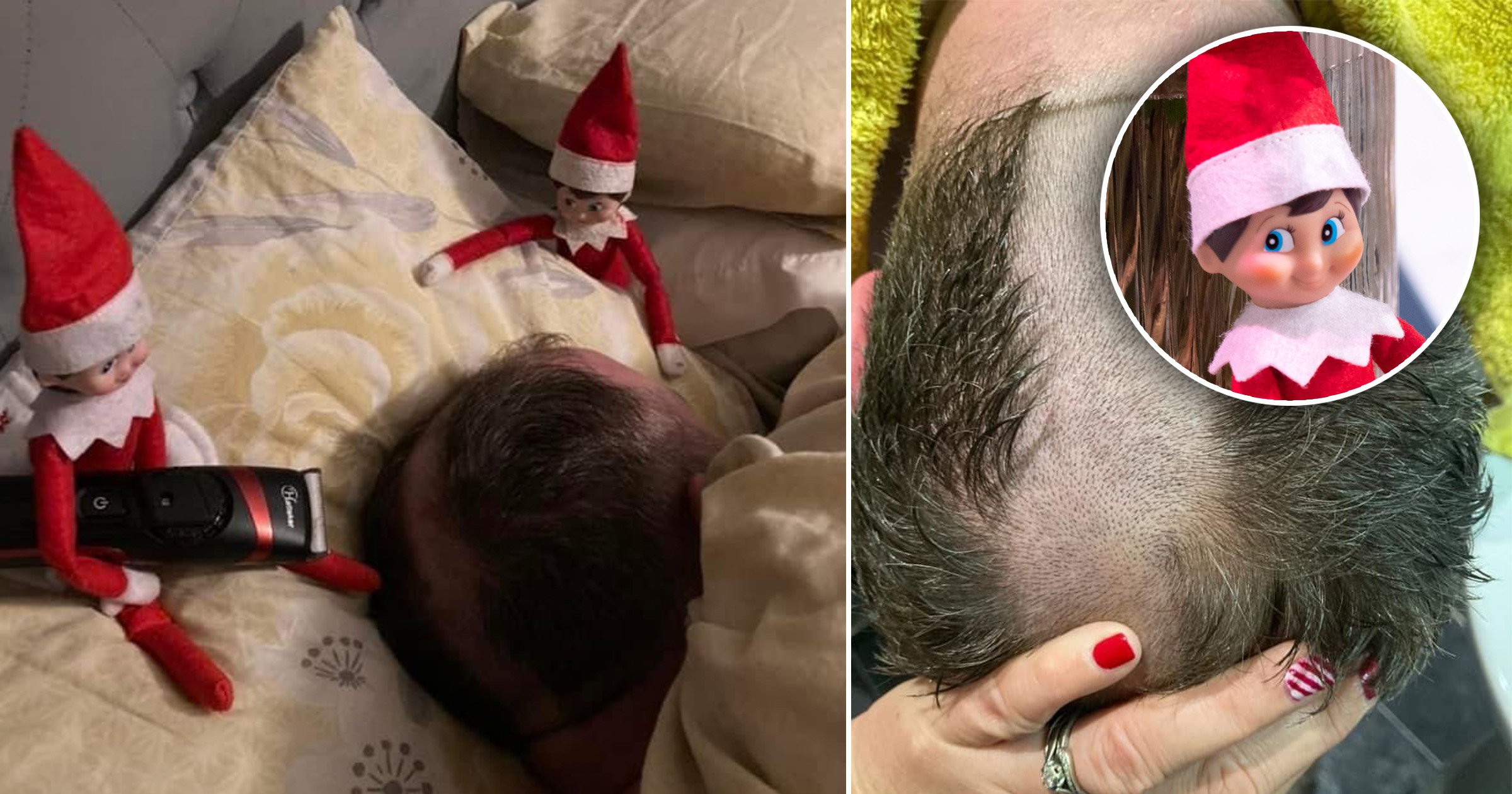 Samantha Street and her 14-year-old daughter Lydia took life into their own hands when they shaved a strip of hair down the middle of hubby Rich’s head for a Christmas prank.

The mum-of-three, who’s been doing Elf on the Shelf for 10 years, came up with the idea after struggling to think of more naughty things for the elf to do this year.

‘I’m one of those people that plan most of it the whole year, so it’s less stressful,’ explained the beautician.

‘I try and spread out crazy things like this with some more relaxed nights because once you start going mad there’s no going back.’

Samantha, 33, confessed that after she came up with the plan, she got her teenager to do the deed, ‘because I thought: he won’t tell her off.’

‘The only issue was I told her to do a number one shave, and she accidentally set it to 0.1, so it was way shorter than we planned,’ she added.

‘We managed to get a bit done while he was still asleep, but he woke up when we finished the back.’

When Rich realised what they’d done, rather than get mad, he decided to play along when the pair’s two younger daughters woke up to find their dad’s head had been shaved.

‘He was pretending he had no idea, saying “No it isn’t” and touching his head,’ recalled Samantha.

‘Then he went to the mirror and yelled “Oh my God!”, and he started shouting at the Eelves that they’d been naughty, and they had to go. The rest of us were in fits of laughter.’

‘But by then I could say to him, “we’ve started now, so you have to let us finish”.

When her other daughters Holly, nine, and Matilda, eight, saw their dad’s new look the next morning, they were shocked, and the family then spent the next day shaving the rest of Rich’s, 39, hair off in their home in the Isle of Sheppey, Kent.

Despite the hilarity, Samantha admits Rich had talked about shaving his head a few days before, so it wasn’t a totally random prank.

She explained: ‘He was saying to us that he was starting to lose his hair, so he might as well shave it off.

‘We knew he was going to do it himself at some point, so it wasn’t completely out of the blue.

‘But we didn’t tell him we would do it for one of the Elf nights.’