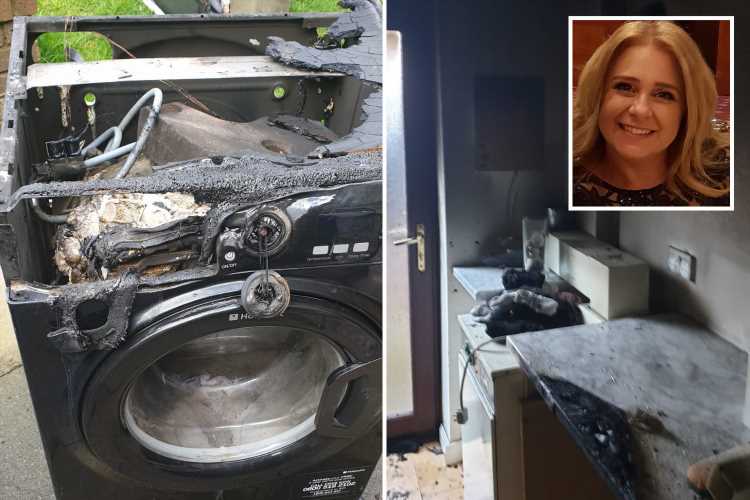 A MUM-of-two and her family were forced out of their home for SEVEN weeks after their Whirlpool washing machine caught fire and damaged their home.

Louise Yusuf, 48, from Meopham in Kent put on a normal wash back in April when five minutes later the machine started smoking and burst into flames.

The assistant manager, says it's just lucky she was at home and able to call the fire brigade before things got worse.

She told The Sun: "We had to run outside in our pyjamas and we could see black smoke coming out of the side of the house and I thought, oh my gosh, this could be the house.

"Normally, I’d put on the washing machine on a timer and go out shopping – god only knows what might have happened if I'd done that."

Louise says she'd had the Hotpoint machine – one of Whirlpool's brands – for about 18 months and she not had any problems with it until that day. 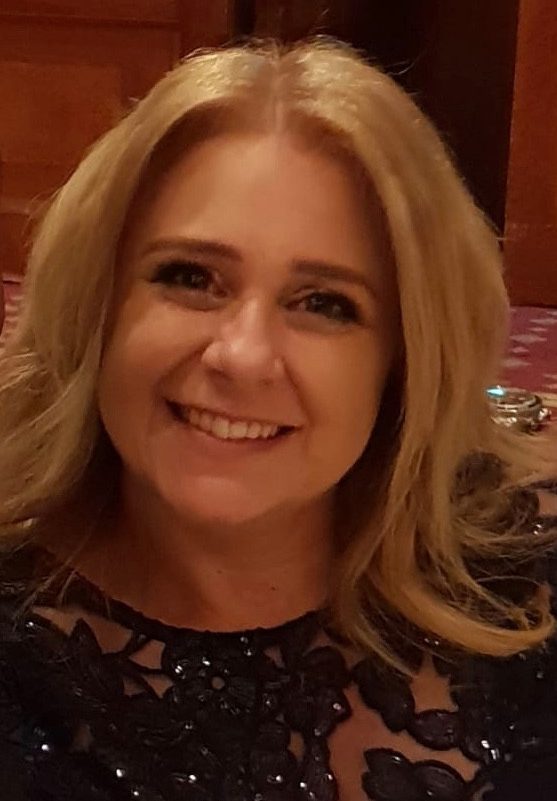 But as soon as it started smoking she got her two children aged 14 and 19 out of the house and called the fire brigade. Her husband was at work at the time.

With the electricity and water unsafe to turn on, the family had no choice but to move into a hotel for seven weeks.

Luckily, Louise had home insurance which covered the cost of the hotel and other expenses, as well as a replacement washing machine.

But while this may sound like a dream, Louise says it was anything but.

She said: "Luckily I was insured, so everything has been covered. But it's been a massive disruption.

"There was the extra travelling to and from the hotel and schools and work, which was about 10 miles further away – as well as take time off work to sort everything out.

"We also couldn't cook our own meals or wash our own clothes, which meant we had to take all our laundry to a launderette.

"Whirlpool still hasn't told us what went wrong or apologised for it. I've only been offered a replacement washing machine, which given it was the same model, I didn't want as I was worried about it being dangerous."

The fire also damaged the microwave and tumble dryer, which were both in the utility room.

In addition, the family had to have carpets replaced in their hall and have the walls repainted due to the smoke damage.

They had been hoping to put their property on the market but their plans to move to a new home have been put in hold until the decorating is finished.

Louise said: "We can't put the house back on the market yet as no-one will want to buy a damaged house.

"We could be in a nice new home, but Whirlpool has put a stop to that."

Whirlpool told The Sun that all its products meet regulatory and safety requirements.

Louise just hopes that sharing her story will help others to take precautions when using their appliances.

"I don’t want it happening to anyone else," she said.

"I've warned all my friends and family not to put their machines on overnight or while they’re out.

"All my friends went into shock after I told them as it's made them realise that this could happen to anyone."

In a statement the Whirlpool corporation said: “We understand that this is a difficult time for Mrs Yusuf and her family.

"Our customers’ safety is our number one priority which is why we take every incident report extremely seriously.

"We are in the process of investigating the incident, therefore we are unable to comment at this time.

"The model in question is not part of a safety campaign therefore consumers can continue to use these appliances safely.

"All of our products comply with all applicable regulatory and safety requirements and standards, and are subject to our own rigorous quality control processes."

The government had put pressure on the manufacturer to not just fix fault machines but to also replace them with different models and offer refunds.

You should also unplug the machine immediately until it's fixed or replaced.

HERE'S how to know if your dryer is on the faulty list:

Whirlpool, which owns the Hotpoint brands, says it has identified a potential concern with two types of tumble dryers manufactured between April 2004 and September 2015.

The affected brands are:

Non-affected machines will have a green sticker on the inside of the dryer door or reverse of the machine.