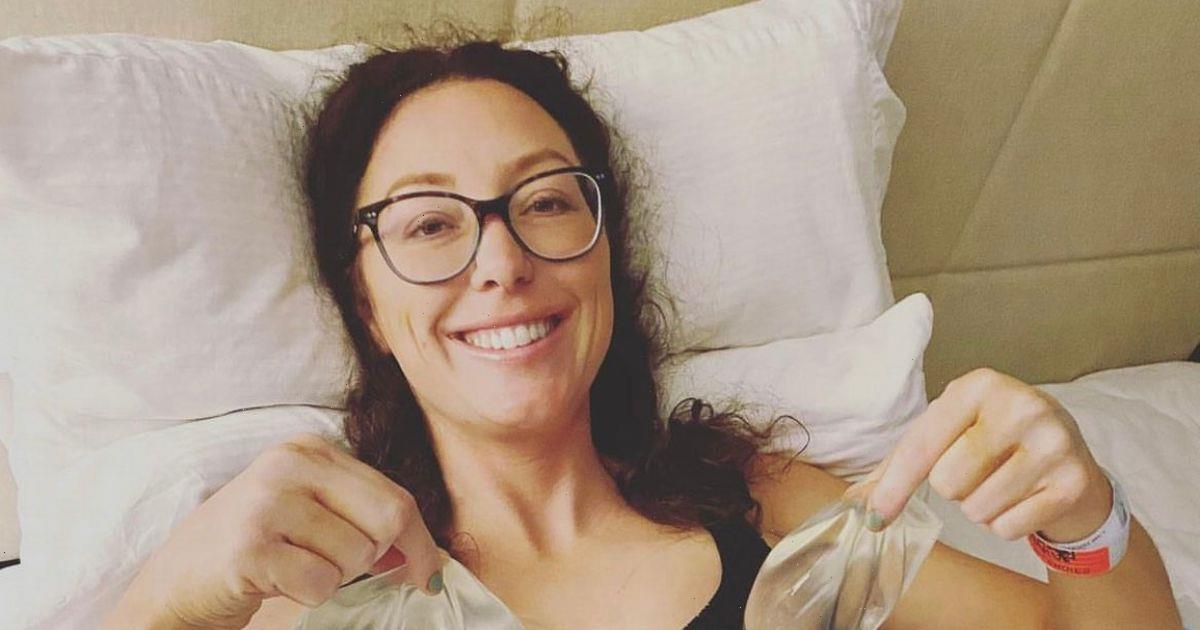 A single mum opened up about her near-death experience after breast implants poisoned her body for years.

In 2014, she decided to bite the bullet and get a boob job after years of feeling insecure about her chest.

At the time, Sara was a 34B and booked in with surgeons in March that same year to increase her cup size to 34DD.

She had no idea of the nightmare which would soon follow.

Sara said: "At the time, I was a young single mum working in a salon, putting pressure on myself which was increased by working in the beauty industry.

"My insecurities were overwhelming and in my broken mindset I remember thinking 'new boobs will fix all my problems'.

"I was going to have this beautiful body, I was going to be so confident, I was finally going to fit in and at the time it just made sense! I had no idea what was coming."

But a month after the operation, she began experiencing the most unimaginable bladder pain. She added: "I would spend most of my time in the bathtub trying to get any relief I could. Soon I was diagnosed with an autoimmune disorder called interstitial cystitis. It feels like salt on an open wound all day long in your bladder."

To help with the pain, Sara had a procedure called bladder distention surgery in April 2014 but unfortunately, it didn't offer her any pain relief.

Doctors, who still believed the pain was linked to her bladder according to Sara, recommended she had a hysterectomy – which she did in June 2014.

Tragically, the pain remained and Sara's body "no longer felt like her own", as she was thrown into early menopause.

Over the years that followed, she'd be in and out of emergency rooms and prescribed different medications including nerve blocks.

Finally, at their wits' ends, her doctors suggested a spinal cord stimulator, a battery pack embedded under the skin that has wires attached to the bladder.

She said: "The nerve blocks were excruciating and my body hated the chemicals in the meds but it was worth the three days of pain relief it would give me.

"I was desperate and the spinal cord stimulator sounded like my only option, so I agreed to the surgery.

"The very next day the world was shut down due to Covid and I was unable to get the operation and they stopped my nerve blocks cold turkey. I lost so much weight, at one point I was just 7st. I was dying, but nobody believed me." The mum spent most of her days "sobbing in pain" and felt she was "slowly slipping away".

That's when she finally reached a turning point – all thanks to an article she stumbled across online.

It described a woman who had breast implant illness and became allergic to certain foods with other symptoms that fit Sara's.

She added: "I was desperately trying to find answers so I asked my doctor for a blood test and sure enough, I had become allergic to gluten. This was a huge puzzle piece for me and where I really started to put things together.

"I was reading story after story of women removing their implants because of mystery illnesses and feeling better!"

Certain the sicknesses were coming from her breast implants, Sara decided to have hers removed but was unable to afford the £17,400 ($20,000) surgery as it wasn't under her insurance.

Two years later, the mum turned to her sister for help with organising the loan.

Sara finally had her implants removed in June 2021 and couldn't be happier having since recovered from her symptoms.

She also started a non-profit charity to raise money to help pay for explant surgeries and she raises awareness on Instagram where she has thousands of followers.

The mum said: "A year on, my bladder pain is non-existent, my weight has stabilised and my mental health is on a great path. I'm so thankful to be alive and here to watch my boys grow."