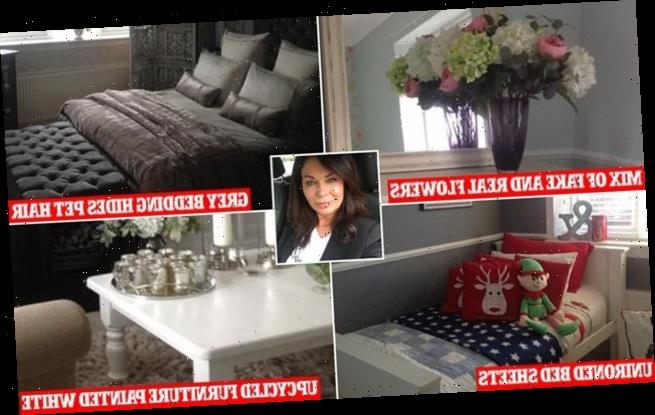 A busy mother has revealed she relies on a few well-thought tricks to keep her house looking pristine when she doesn’t have time to clean.

When she can’t be ‘on top’ of the cleaning, Tracey-Jayne – who works full-time – still gives the impression of an ‘immaculate home’ she uses grey towels instead of white and bedding in the same shade because dirt and pet hair are less visible.

She also mixes foliage cut from her local park with faux flowers, placing bouquets on second-hand furniture she’s painted white so that the dust won’t show. 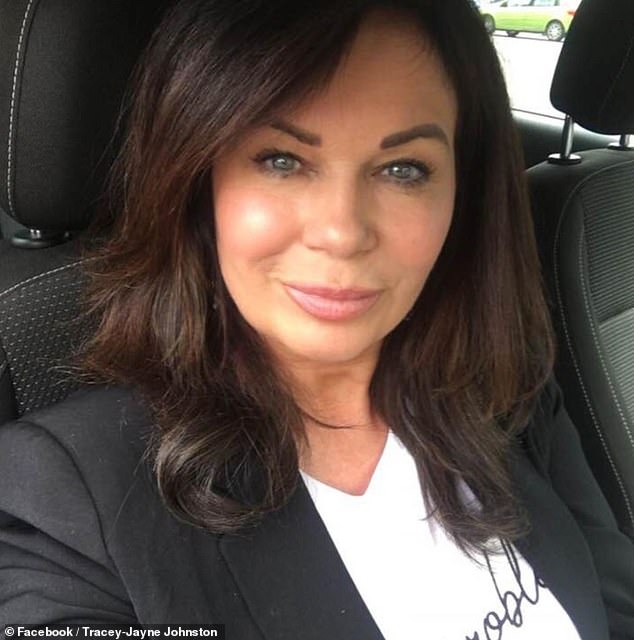 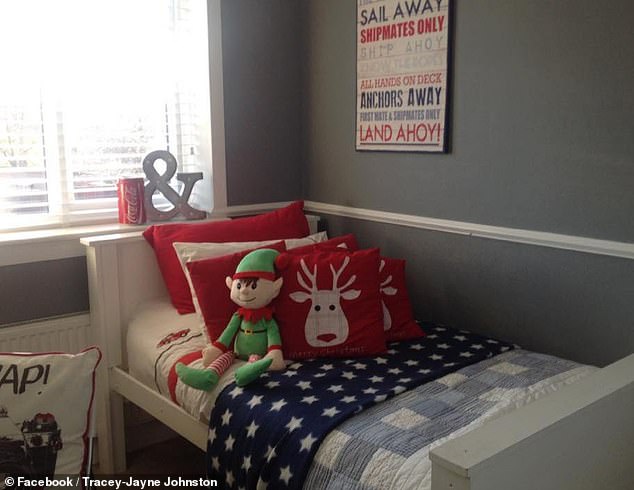 The cleaning-enthusiast explained she often stretches clothes of other items as they dry to save on ironing time (pictured: one of her sons’ room) 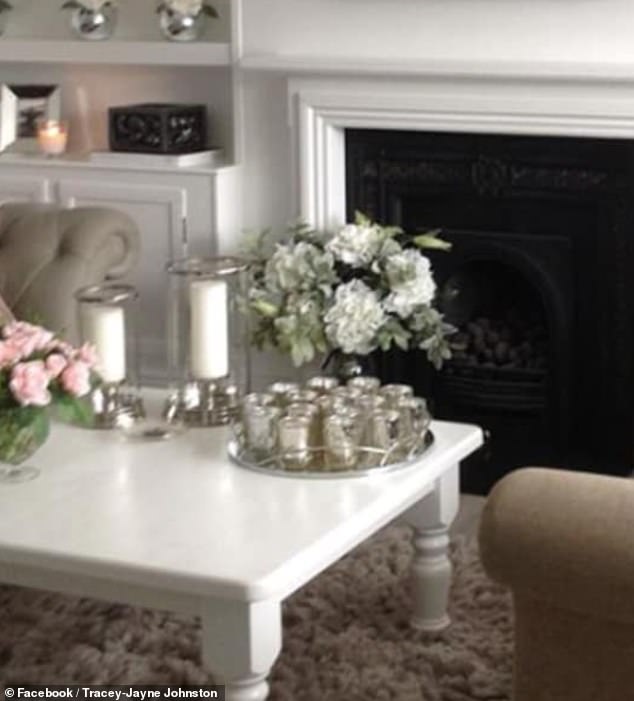 Pictured: Tracey-Jayne’s white coffee table and cupboards, which she decorates with white candles and flower arrangements

Her house is decorated in hues of white and grey, and she banks on a few items of decoration such as lamps, bows, mirrors and flowers to keep it looking stylish at all times.

And grey bedding means that any hair from her spaniel, Wilson, is not quite so visible, because he likes to sleep with Tracey and her husband.

People on the group loved Tracey-Jayne’s tips, which also included stretching clothes as they dry to save time, and being ‘ruthless’ about throwing things out and what came into the house.

They added that her honesty was ‘refreshing,’ after her post gathered more than 3.700 likes on the social media platform. 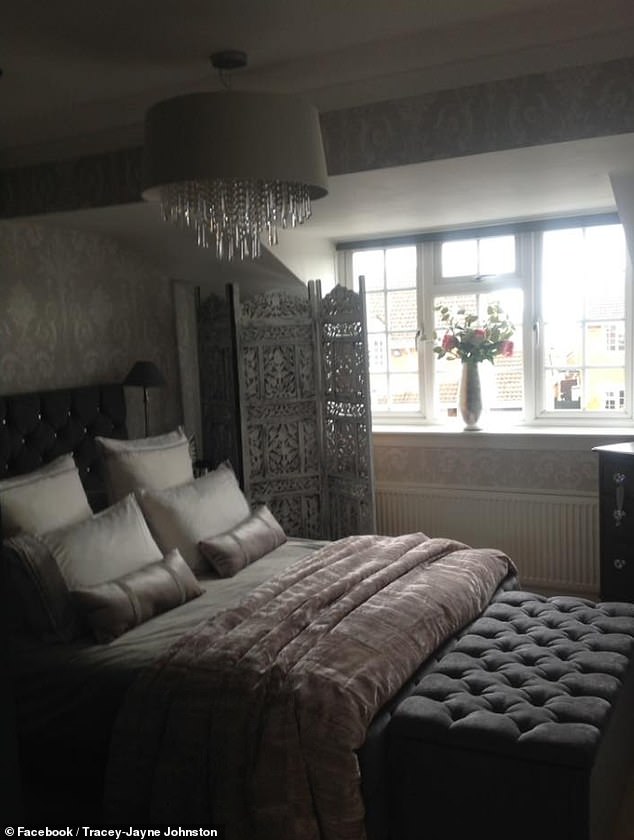 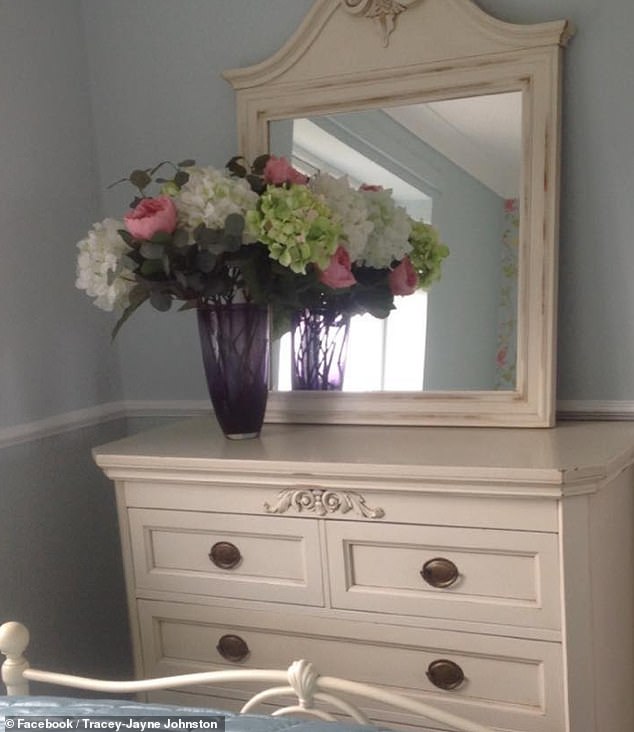 To decorate, the mother-of-two admitted she mixes fresh foliage with fake flowers and disposes arrangements  all over the house

– Being ruthless at throwing items out and bringing new ones in

– Stretching clothes while they dry to save on ironing time

Members of the community of cleaning-enthusiasts were charmed by Tracey’s clever tips and ‘refreshing’ honesty.

‘I love everything about your post,’ said one. ‘Well done on finding all these great ideas. Your home looks fantastic.’

‘Thank you for your honesty! Too many people think social media homes are real and I am use most are not like that all of the time,’ said another. 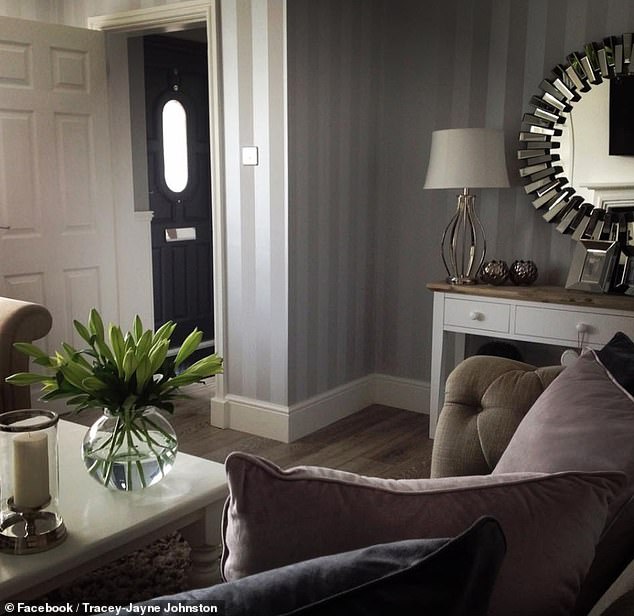 In order to keep her house looking pristine, Tracey-Jayne revealed she upcycles old furniture by painting it white (pictured) 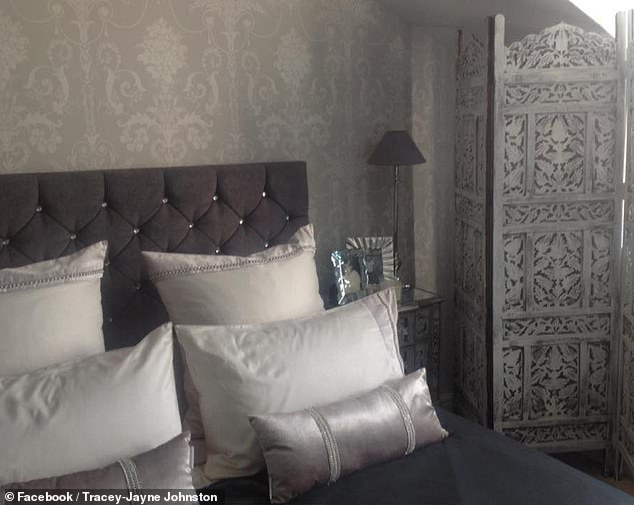 The cleaning-enthusiast said she likes to maintain the illusion she is on to of her cleaning, even when she isn’t 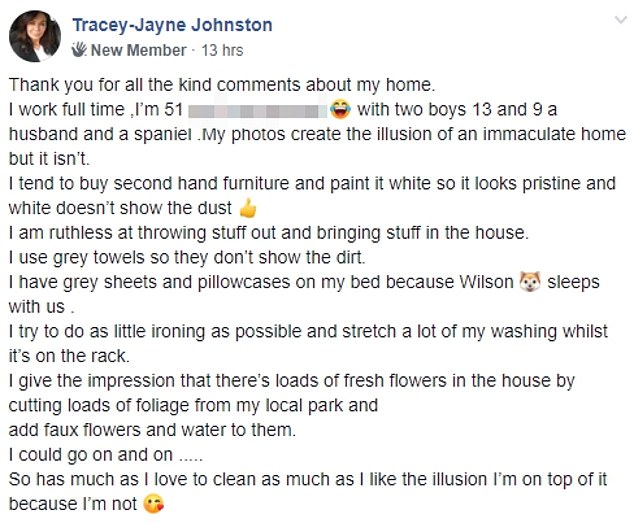 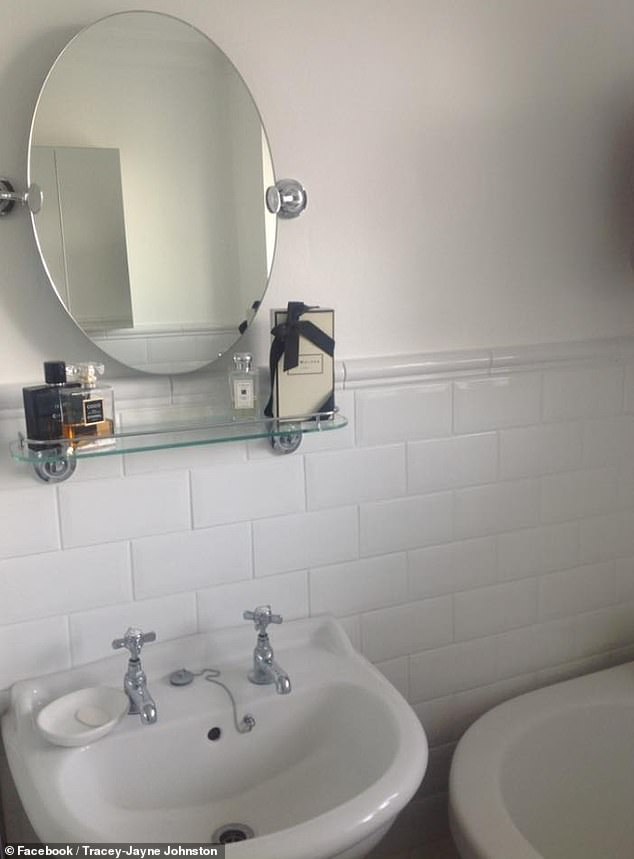 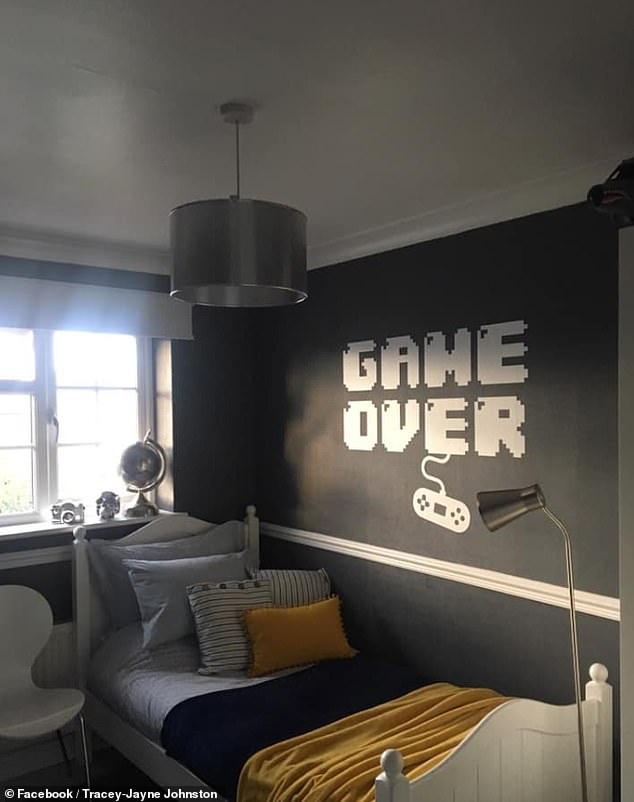 The busy mother uses the same tricks in her eldest son’s bedroom, with grey bedding and white furniture 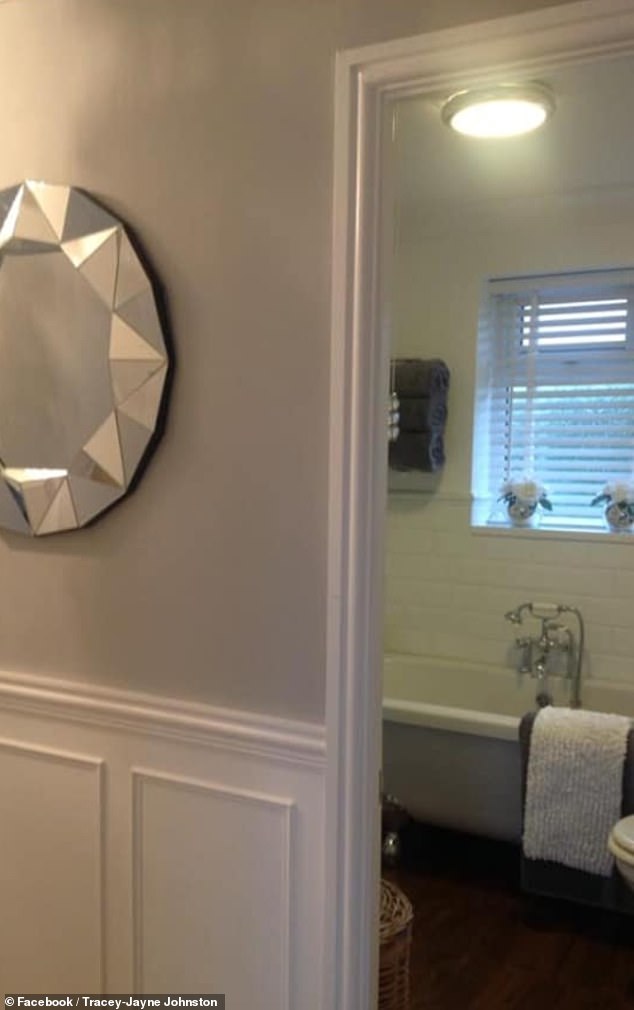 In the bathroom, one can see three neatly stacked grey towels ready to be used. Tracey-Jayne said she uses these rather than white towels because they help hide stains