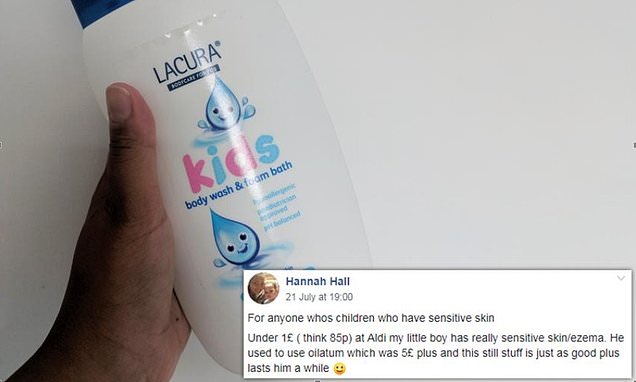 A mother has applauded a 85p body wash from Aldi for soothing her son’s ‘really sensitive’ and eczema prone skin.

The woman, from Sheffield, took to the Extreme Couponing and Bargains Facebook group to share the tip after discovering the supermarket soap helped his sore skin.

Alongside a photograph of the Lacura Kids Body Wash and Foam Bath, she explained her young son has ‘really sensitive’ skin and suffers from eczema.

Other parents were quick to say how they had used it too and how great it was. 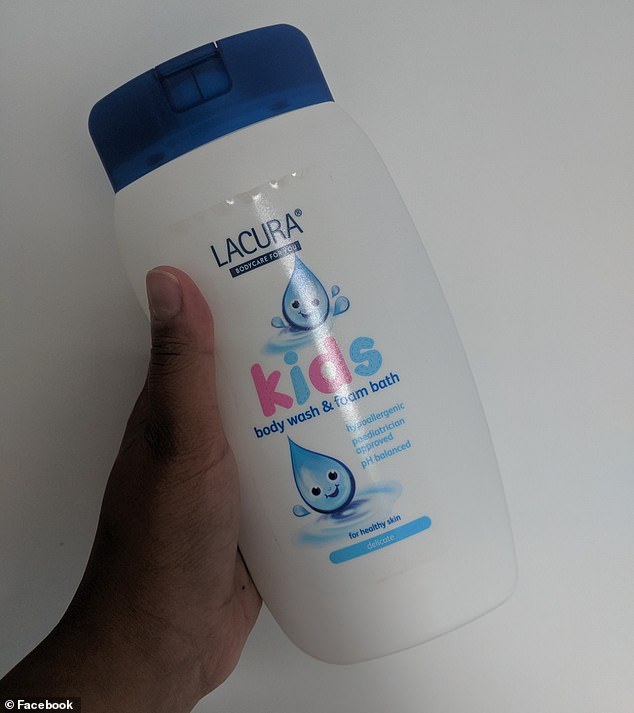 She said she used to use Oilatum products, which range from £3 to around £10 in price, but the supermarket soap is cheaper and ‘just as good’.

The mother wrote: ‘For anyone whose children have sensitive skin.

‘Under £1 (think 85p) at Aldi my little boy has really sensitive skin / eczema.

‘He used to use Oilatum which was £5 plus and this stuff is just as good plus lasts him a while’. 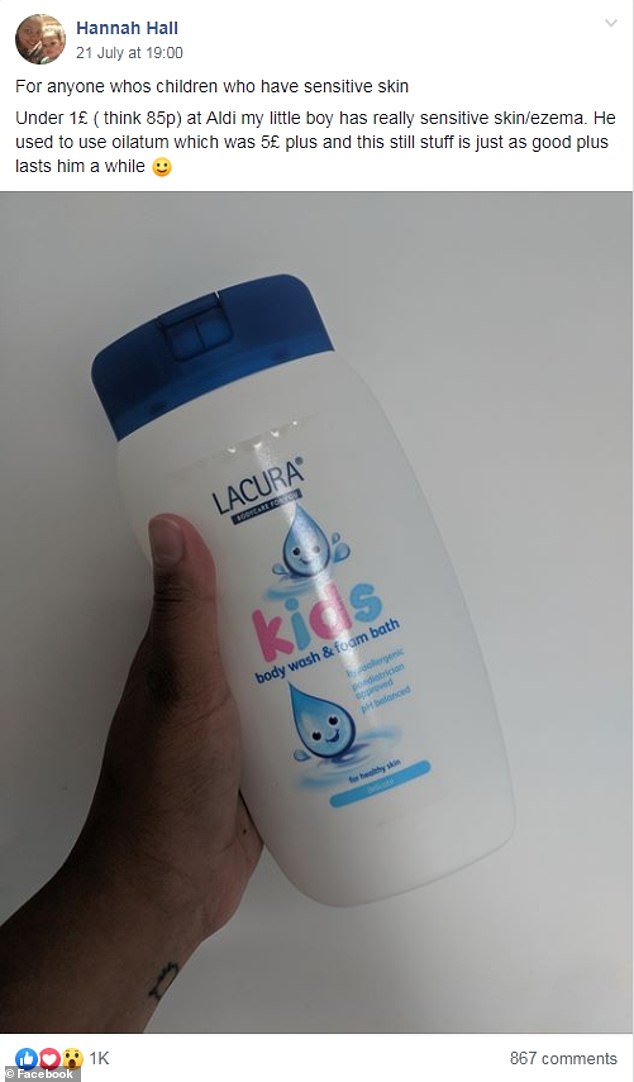 The woman, from Sheffield, took to Facebook the tip after discovering the supermarket soap helped her son’s sore skin

A 500ml bottle of the ‘dermatologically tested and clinically proven’ body wash is available in Aldi stores and online for just 85p.

The supermarket claims the soap cleans the body without ‘drying your child’s delicate skin’ and improves the skin’s ‘protection barrier’.

And it appears this mother isn’t the only parent impressed by Aldi’s bargain body wash, with dozens taking to the comments of the post to share their own success stories.

One user said: ‘I have used this for aged on my three kids and myself. All have sensitive skin and no complaints.’

It appeared the mother wasn’t the only parent impressed by Aldi’s bargain body wash, with dozens taking to the comments to share their own success stories

A second commented: ‘All my kids have sensitive skin as well as me and I have been using this for two years and never had any breakouts since… it’s brilliant’.

Another parent added: ‘We always bought Oliatum, the full range. I accidentally ran a bath for my other son and put the Aldi bath stuff in.

‘My eldest boy went in and I was panicking because his skin can be so sore with other products.

‘Wow I have never seen his skin so good and now he smells amazing and doesn’t look greasy haha. Amazing stuff’.