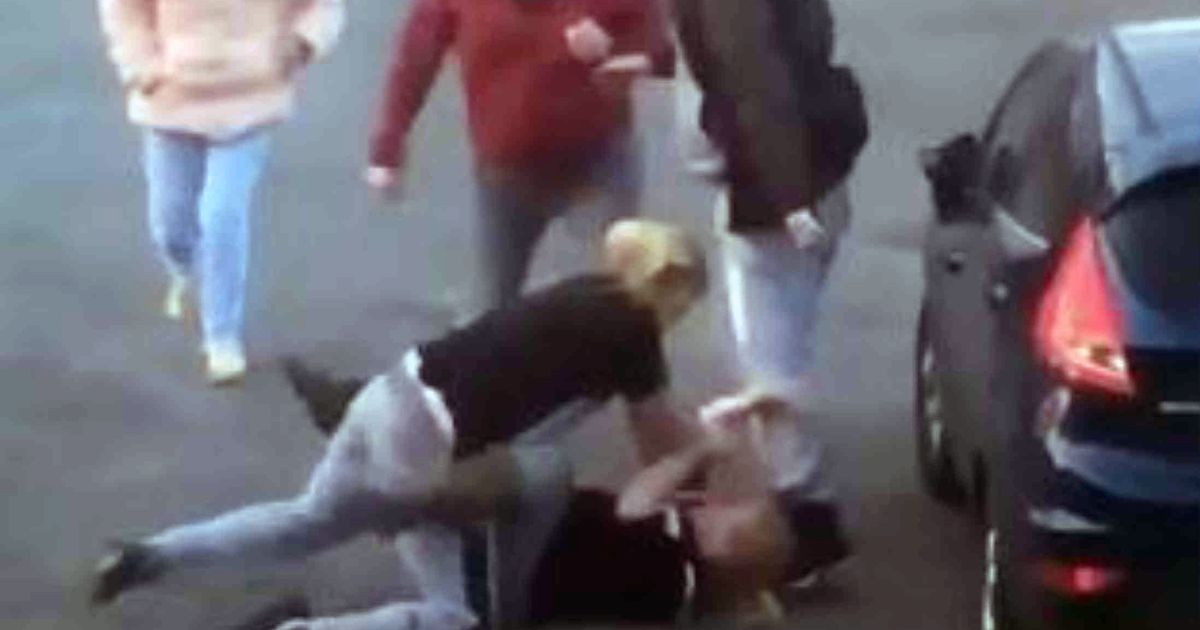 A shocking video shows two women – believed to be mother and daughter – fighting in the middle of a housing estate.

The battling pair are surrounded by neighbours – one of them armed with a baseball bat – who struggle to pull them apart.

The clip was filmed in Middlesbrough on Saturday, August 31 as some children watched on.

The footage was posted to Zara Davison’s Facebook page on Thursday, September 5 and has since racked up more than 358,000 views.

The video begins with one woman shouting at another woman who has not yet on camera.

The woman in shot then tries to barge into a garden where towards the other woman.

“Go on Trish” can be heard as one woman wearing wellies knocks the other woman to the ground and punches her repeatedly on her head.

A woman wearing a red hoodie is then seen kicking out at the woman lying on the ground whilst the pair continue to scrap on the ground before someone can be heard saying: “let them get on with it”.

Larger crowds begin to gather, including two young children before a man with a baseball bat appears on the scene.

After a few scraps and kicks, which leads to the fight being taken onto a footpath, the pair are eventually broken up.