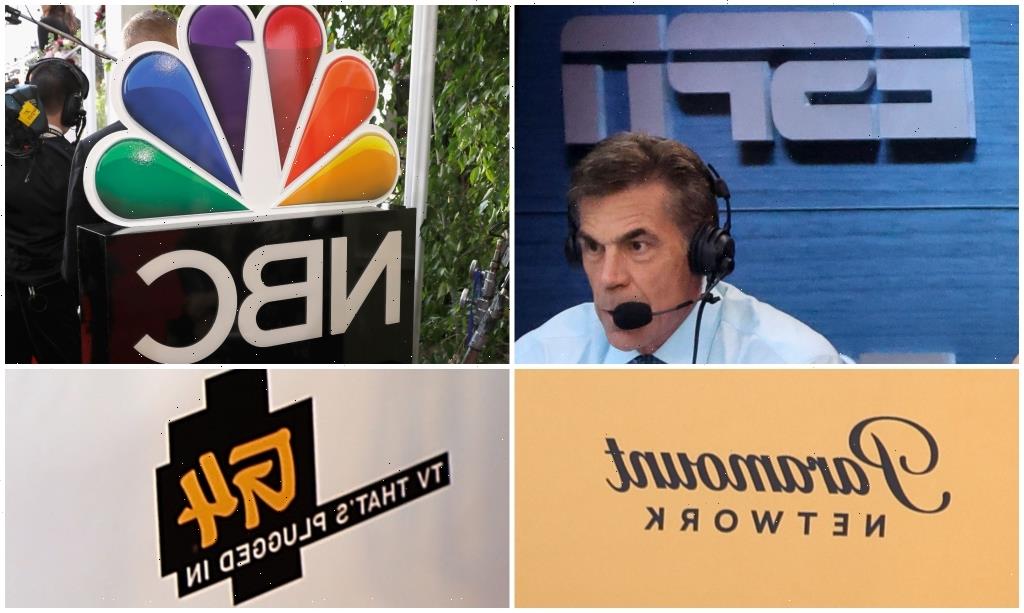 There may come a time when it just doesn’t make sense to rank the broadcast and cable networks anymore. Actually, that time is probably already here, with most viewing now taking place via streaming and other means. And yet, Nielsen’s numbers — which include time shifting and other ways people watch, not just live — are still the best barometer of who’s watching what in the linear world.

And indeed, it’s clear that live sports are still driving linear TV — ESPN is among the few top networks to receive a double-digit boost in 2022. But crime also pays: Oxygen, which NBCUniversal reworked into a true crime network several years ago received a healthy bump this year. And the biggest gainer in 2022 was Reelzchannel, thanks to the addition of the show formerly known as “Live P.D.”

Tomorrow, Variety will share the ranker of this year’s most-watched primetime telecasts. (Hint: Hope you like football.) But here, Variety recounts who was up and who was down in 2022. NBC led the year in total viewers (narrowly over CBS) and adults 18-49

Some analysts, including Dan Loeb, have suggested that Disney spin off ESPN in order to pursue other business interests. And like all cable, the future of ESPN is an open question: It’s expensive to operate, and cord cutting continues to shrink its household penetration. But Bob Chapek exhibited no interest in cutting ESPN loose, and it’s even less likely that Bob Iger, back in control, would do so. ESPN remains a powerful brand, and it’s actually one of the few bright spots left in cable. Last year, ESPN recovered from pandemic woes by leaping 11% to an average of 1.6 million viewers in primetime; in 2022, it jumped another 14% to 1.9 million. Sister network ESPN 2 was up 8%. And this comes as other sports channels (Fox Sports 1, NFL Network, TUDN, MLB Network and others) saw drops. ESPN and ESPN 2 are also the only networks among adults 18-49 in the top 50 to see gains (besides the unexplained increase for FXX).

Crime TV
NBCUniversal’s Oxygen network — which has been rebranded “Oxygen True Crime” — saw its primetime viewership improve by 10% this year, thanks to series like the “Snapped” franchise, “Cold Justice,” “Injustice with Nancy Grace,” “Catching a Serial Killer: Sam Little,” “Kim Kardashian: The Justice Project” and “Aaron Hernandez Uncovered.” The network also recently launched as a diginet in markets including Los Angeles, where it is available over the air on as a KNBC subchannel. And then there’s Reelzchannel, which saw its primetime numbers bounce 107% thanks to the little-seen network’s coup in picking up “On Patrol: Live,” a new version of “Live PD” from host Dan Abrams and producers Big Fish. (In a lawsuit, A&E argued that “On Patrol: Live” copied nearly every aspect of “Live PD’s” format and sued for copyright infringement.)

About the only thing seeing ratings gains in broadcast TV these days are the low-budget diginets — those network running on local TV subchannels. Of course, Ion and Me TV have been doing quite well for years — and aren’t really diginets, since they air as full-blown affiliates or owned TV stations in most markets. But among the diginets seeing growth or at least stability this year were Grit (up 5%), Bounce (flat), Family Entertainment TV (up 14%), Cozi (up 6%), Ion Mystery (formerly Court TV Mystery, up 13%), Laff (up 2%), Dabl (up 28%), Court TV (up 7%) and Cleo TV (up 44%).

Comcast’s sports and esports division had tried to relaunch the video gamer-centric network two years ago, but shut it down again in October. And it’s not hard to see why: G4 was the least-watched of every network that Nielsen measures, averaging a paltry 1,000 in primetime. Its rating in adults 18-49? A zero.

THE MOST-WATCHED NETWORKS OF 2022 (BY TOTAL VIEWERS)