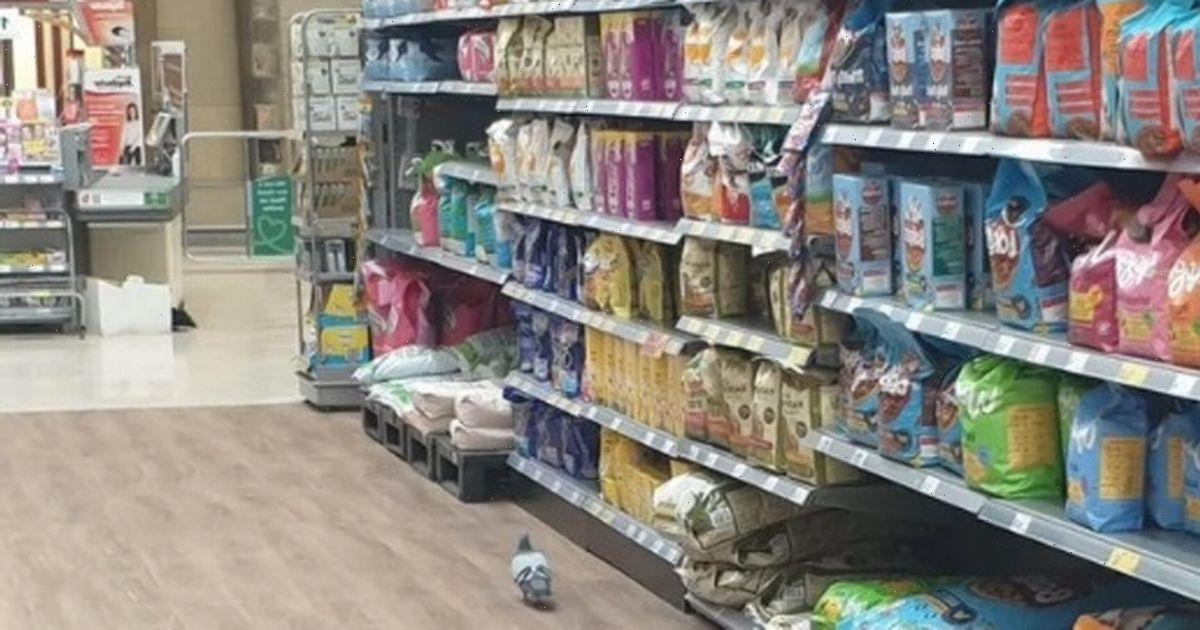 Last week in the world of Reddit we saw a crab on a train.

And this week, the vital website has provided us with another animal that's found itself in an unusual place.

A Morrisons shopper shared a hilarious snap of a pigeon wandering down the pet food aisle.

The original poster titled the post: “Look who I saw in the pet food aisle in Morrisons.”

Attached to the post is the picture of the bold bird in the middle of the aisle – and it appears to be eyeing up the cat food!

People rushed to the comments to share their jokes around the hilarious snap of the bird in the supermarket.

One user commented: “I think he's lost, he won't find any chips there.”

Another person commented: “Meandering down to pick up some bird seed at the end there. Good lad.”

A third user made reference to the game Pokemon: “A wild Pidgeotto has appeared!”

Whilst someone else joked: “Oi, mate, if I give you a fiver, would you get us a bag of that bird seed? Yeah, that's the stuff.”

Imagine doing your weekly shop and coming across a pigeon!

It certainly beats a rat that was spotted climbing up a food shelf in Aldi.

Back in June, a video of the roden went viral as it caused havoc in the Australian supermarket – eek!

So let us know in the comments what the weirdest thing you have seen in the supermarket is.

Get all the biggest Lifestyle news delivered straight to your inbox every day. Sign up for the free Daily Star Hot Topics newsletter here.