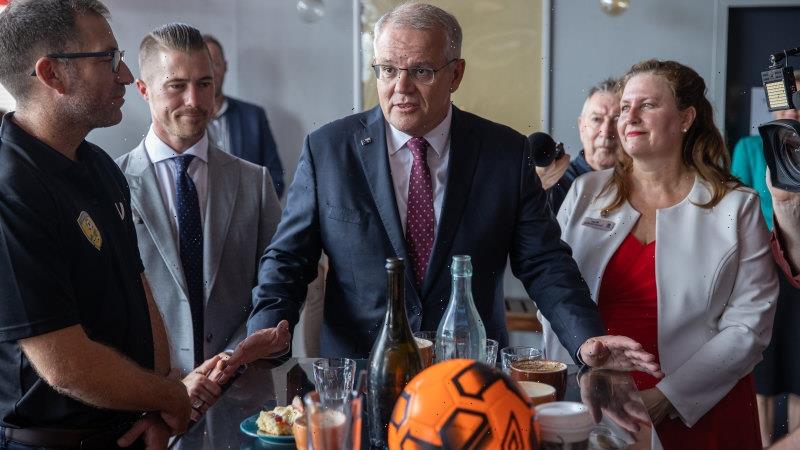 Scott Morrison could be entering the final days of his prime ministership but for someone with so much riding on the next six days, he offers barely a glimpse of the pressure piled on his shoulders.

The self-described bulldozer is a fearsome campaigner and a disciplined politician, focused like a full forward fifty metres out and eyeing off the bullseye waved by the cheer squad behind the goals. 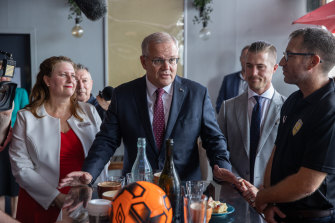 He began on Monday in Blair, a marginal seat centred around Ipswich on Brisbane’s outskirts that Labor has held since 2007.

It’s precisely the sort of seat – much like Parramatta, in Sydney’s west or McEwen, on Melbourne’s north-western fringe – the Coalition hopes to turn blue to offset expected losses to Labor and the teal independents closer to the CBDs.

It’s a place where rising petrol and grocery prices bite, where a stagnant pay packet is felt, where mums and dads worry about how they’ll buy a home, or if they have, how their kids might.

Morrison’s first campaign stop was the Springfield Rise Display Village on the outskirts of Ipswich, where 20,000 people have moved into new homes over the last 15 years and thousands more will settle.

The PM cheerfully bulldozed through questions about his ‘use your super to buy a house’ policy. Had it been modelled? What would it do to people’s retirement savings? Won’t it force up prices further?

The questions were almost irrelevant. What mattered was the fight, which has moved from Labor’s territory – fairness and a pay rise – to Morrison’s – aspiration and home ownership.

His message was both surface and sub rosa. 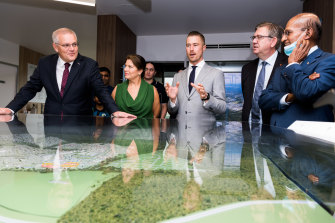 The Coalition will help you buy your first home, Labor wants the government to own part of your home.

The Coalition wants you to control your money, Labor wants union super to control it.

Left unanswered was why Australians’ compulsory contributions will rise to 12 per cent over the next few years if big super funds are so bad.

These micro-targeted announcements worked in 2019 and he’s hoping they work again in 2022.

He then heads from a seat the Coalition hopes to win to Cairns, a seat it must defend.

Morrison’s opponent, Anthony Albanese, has said for three years he planned to kick with the wind in the final quarter.

If the polls are right, the Labor leader is four goals up, five minutes into the last quarter.

Morrison is kicking into the wind and the clock is ticking down.

But between now and polling day he will leave it all out on the field.

The final siren hasn’t sounded yet.