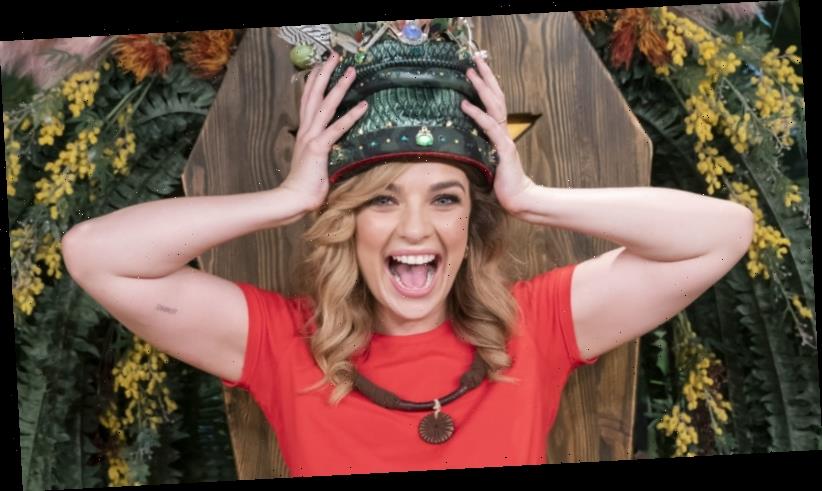 And so the seventh season of I’m a Celebrity… Get Me Out of Here! came to an end, and not for the first time a celebrity leveraged the jungle to complete a reputation rehabilitation, with former Bachelor runner-up Abbie Chatfield defying her critics and taking home the crown. 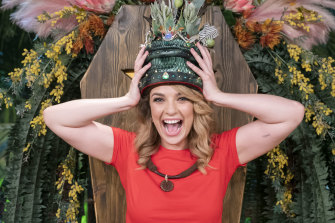 2021 I’m a Celebrity… Get Me Out of Here! winner Abbie Chatfield. Credit:Network 10

The evening began, as is tradition, by giving the viewing audience a little taste of the torture that the celebrities have been put through for the last few weeks, by forcing them to listen to host Chris Brown’s jokes.

Then came the reminiscence montage – the first of an estimated 1600 montages to be aired during the evening – where we looked back on all the magical memories from this season that we will carry with us forever. Mostly this involved shots of people trying not to vomit, but there were other touching moments. Remember when Toni Pearen got bitten by snakes? And when someone screamed in terror? And there was, like, a break-up in the style of a wedding? Did we imagine that? That wasn’t real, was it?

And remember when Toni got bitten by snakes? Good times.

The first elimination was an important one because it told us which of the seven celebrity finalists were the most widely disliked among the Australian public. It can hardly have come as a surprise that these were Ash Williams, whose laidback sense of humour and rugged good looks are exactly what most people loathe; and Travis Varcoe, who seems like an extremely decent and down-to-earth young man and is therefore not reality TV material. Each of the two eliminated men, naturally, got his own montage, Ash’s concentrating mainly on various other celebrities’ attempts to hump his leg. Julia asked Travis which was harder: playing a grand final or being on I’m a Celebrity. Travis was so nice that he didn’t even laugh in her face. 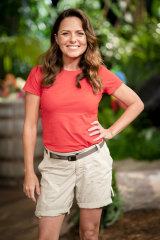 Toni Pearen was a consistent favourite throughout the show but failed to secure the win. Credit:Network 10

The next two celebrities to be booted were chef Colin Fassnidge, whose popularity plummeted as soon as the audience remembered who he was, and Toni, both of whom took grateful receipt of their own montages, which included cooking, eating and getting bitten by snakes.

By this stage we were still only halfway through the finale, but to pretend the remaining half hour or so contained a significant amount of entertainment would be to, in the immortal words of Dennis Lillee, tamper quite outrageously with the truth. What it did contain was montages, a few more montages, Chris scraping the bottom of his joke barrel ever more plaintively, Julia pausing for several minutes midway through every sentence, and finally, the revelation of the winner.

Of course it was Chatfield, who came second in the 2019 season of The Bachelor. This left Grant Denyer, Australia’s Most Loveable Man, and Jess Eva, from The Block and Triple M breakfast radio, as the runners-up.

It was a big night for Abbie fans, but the broader question was, how did I’m a Celebrity come through this strange pandemic-affected season? There’s no doubt this year was different, most obviously in the fact that the “jungle” was no such thing, being just a patch of woods in northern NSW. But then, the “jungle” they take the celebs to in Africa is never really a jungle either: they could’ve been shooting in NSW every year without anyone noticing. 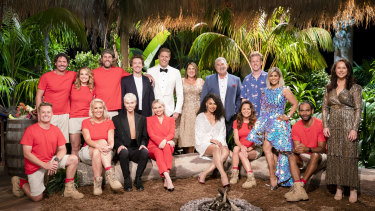 The cast of I’m a Celebrity 2021, with hosts with the most, Chris Brown and Julia Morris. Credit:Network 10

In the end, the appeal of the show remained the same: the visceral thrill of seeing people who you’ve been conditioned to slightly resent undergo extremely unpleasant experiences. This year felt slightly more sadistic than ever, perhaps to compensate for the lack of exotic locales: the amount of utterly revolting substances the celebrities were forced to ingest was incredible, and the snakes were far bitier than we’d seen previously.

These factors tended to overshadow the show’s trademark “heartwarming” moments, but we still got to see the celebs crying about their families, which is always fun. In the hard times that the past year has brought the world, what we needed more than ever was a show that forced others to suffer more than we were, and that they delivered.