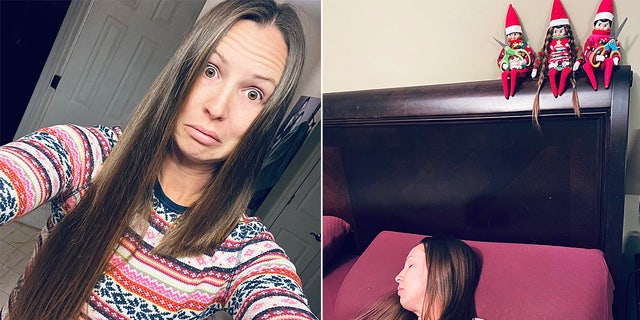 A Missouri mother is spreading Christmas cheer after sharing the hilarious “Elf on the Shelf” mischief that’s taken place in her home.

Mindy Carney of St. Louis, told Fox News that elf antics began for her family in 2016 when an elf named Cutie Pie “appeared” on her shelf – followed by two more of Santa’s helpers, Hot Dog and Sprinkles.

Carney, an emergency room physician assistant and mom of three kids ages 8, 6 and 3, has gained attention from thousands on Facebook after revealing the unique ways in which her kids’ elves get into trouble.

“Our elves grew a pretty strong following among my Facebook friends,” Carney said.  “The kids, seeing their reactions each morning, it’s like Christmas every day in December.” 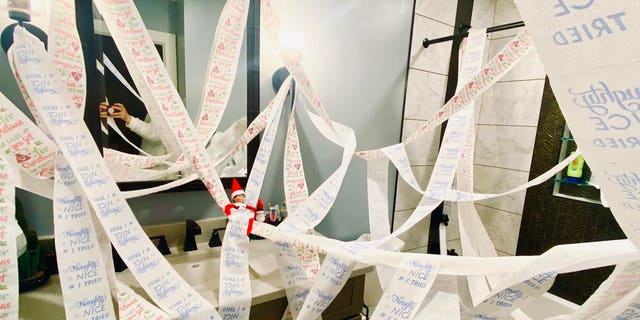 So far in 2021, Cutie Pie, Hot Dog and Sprinkles have strung the Christmas tree from a banister, gave dad [Ryan] a makeover, turned the sinks into candy fountains and filled the shower with large, balloon bubbles.

The elves even cut pieces from Carney’s kids’ pajamas to make their own elf-sized pj’s.

“Which sadly I thought it was going to be really funny, but they were upset,” Carney said of her children. “Mom fail.” 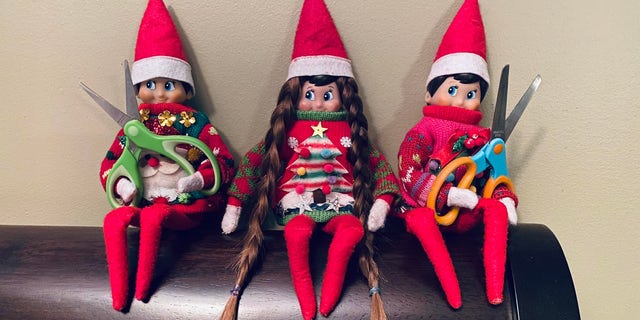 This week, the elves took their pranks to the next level by giving Carney a haircut while she slept.

Carney was able to have her stylist remedy the situation while Carney donated 14 inches to the non-profit organization, Children with Hair Loss, which makes wigs for kids experiencing medically-related hair loss. 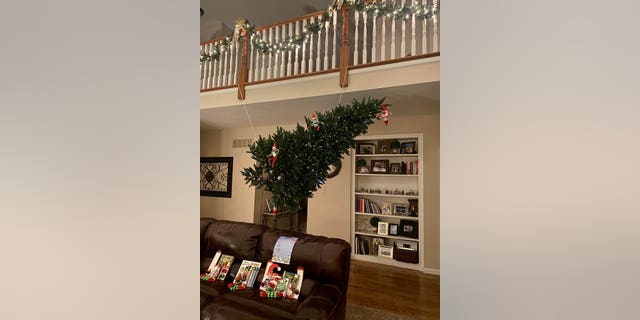 “It went to a good cause other than just making people laugh,” Carney said.

Carney shares these moments in “Elf on the Shelf” Facebook groups where other parents post their own elf adventures. 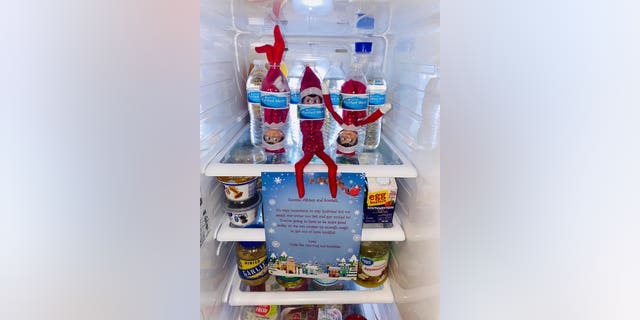 “It’s all about the Christmas spirit and making magic for the kids,” Carney said. “Everybody does it in a different way.”

For first-time “elf parents,” Carney’s advice is to “start simple.” 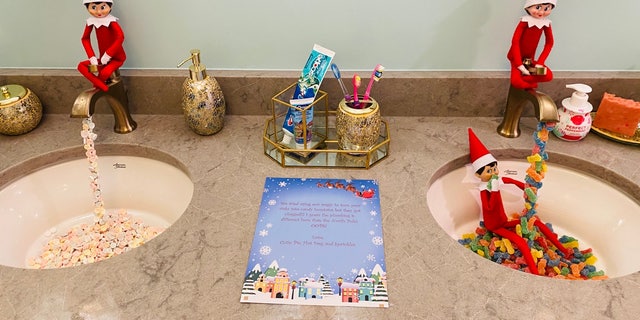 “Whether it’s elves that move around from shelf to shelf or people having their hair cut off… no matter how you do it, it’s still magical for the kids,” Carney added. “For the adults, we get joy through the eyes of our children.”