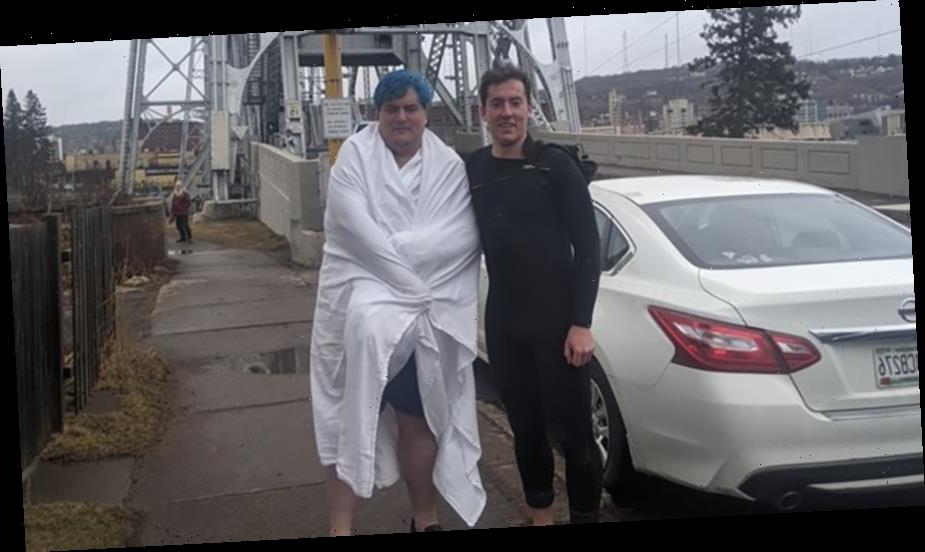 A Minnesota surfer is being praised for rescuing a man and a dog from Lake Superior.

"Not all heroes wear capes," the Duluth Police Department wrote in a statement shared on social media.

On Wednesday, Darby Voeks was surfing in the lake's waters when a woman in a wheelchair approached him and asked for help, according to police.

Telling the surfer that her dog had gotten loose and jumped in the lake, the woman noted that her aide went in after the dog and similarly "needed help getting out of the water."

"Darby ran over 50 feet to locate the dog and person and without question jumped in the water to save them," police wrote, noting that Voeks got the pair out of the chilly water just as police and firefighters arrived at the scene. Other than being cold, the individual and the dog "sustained no injuries," according to the authorities.

"This award is given out in rare occasions," the police department wrote in its statement. "We would make the argument that Darby is a rare individual."

"Darby, you are an incredible person. Thank you for being you and for saving two lives today," they added of the man.

In addition to surfing, Voeks also coaches track at a local high school and has competed in triathlons.

"I had no idea that training for a long, triathlon swim would prepare me for something like that," Voeks, 26, told KARE11 in an interview.

"There were way too many coincidences to just say, 'Oh, it was right place, right time… lucky.' I believe that it was totally a God thing," he added. "I hope this is a reminder – it certainly is for me – to be aware of the struggle that's going on right next to you, even when you don't see it, because it's there."