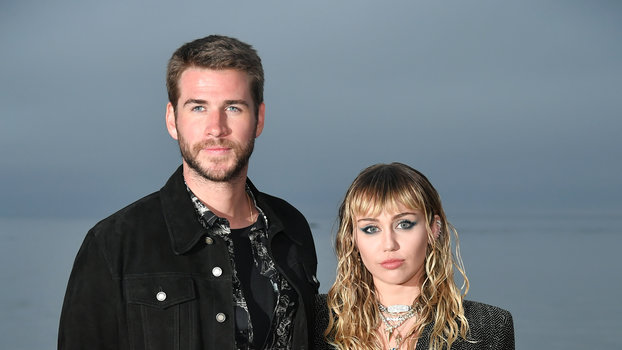 Could it be that Miley Cyrus and Liam Hemsworth haven't sung their last song just yet?

Bad puns aside, People reported Wednesday that "multiple sources" have said that the couple isn't pursuing a divorce at the moment, even though they've reportedly been separated for months.

“They are having a break right now because they needed it. It was a bad situation with a lot of disagreements,” a source told the publication. “They both agreed it’s better to spend time apart, but this doesn’t mean their relationship is completely over.” The pair wed in December, however they were together on and off for a decade.

Since news of the couple's separation was made public over the weekend, speculation over what went wrong with the seemingly picture perfect Miam has been rampant in the media — though it was reported that friends of the couple were not surprised by the news of the breakup.

Miley and Liam have each been spending time with friends and family after going public with the news. Cyrus, who is currently vacationing in Italy with Kaitlynn Carter, whom she was also spotted kissing, posted an Instagram about her personal growth amidst the turmoil.

"Don’t fight evolution, because you will never win," she wrote. "My dad always told me ‘Nature never hurries but it is always on time’…. it fills my heart with peace and hope KNOWING that is true. I was taught to respect the planet and its process and I am committed to doing the same with my own,” she concluded."

Hemsworth, the more reserved of the two, also posted about the breakup on Instagram. "Just a quick note to say that Miley and I have recently separated and I wish her nothing but health and happiness going forward."