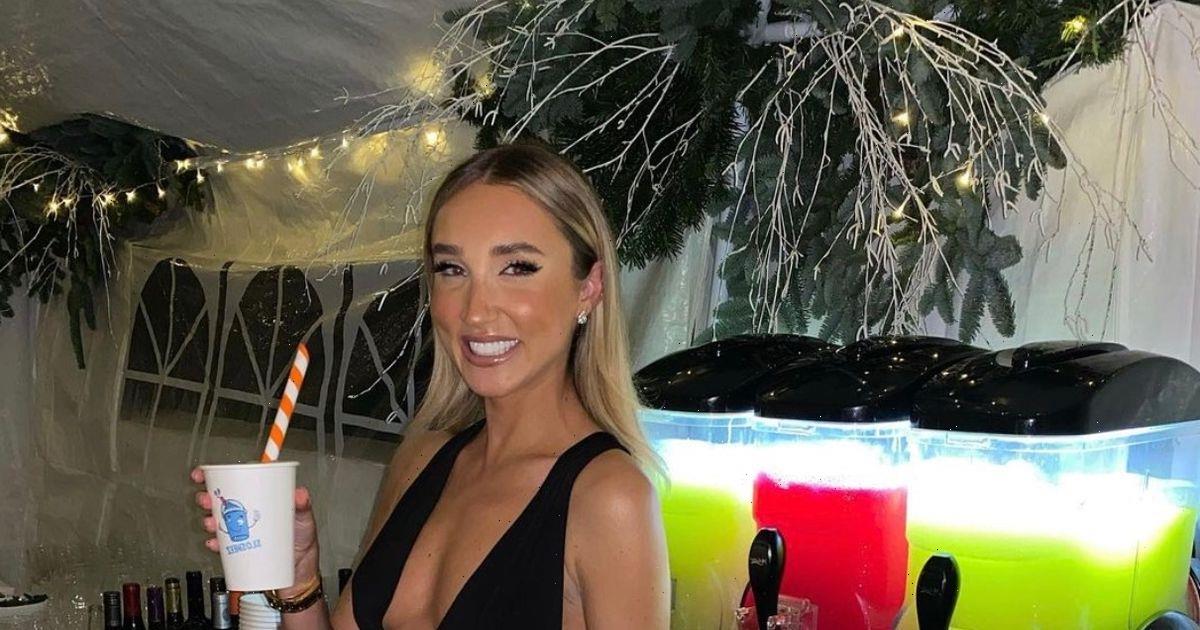 Megan McKenna has given a glimpse inside her 'Boxing Day Gala' with her beau Josh Riley.

The winner of X Factor: Celebrity winner, 29, who recently stunned as she performed at the O2 Arena in huge singing career moment, shared a sneak peek inside her celebrations with her 'amazing family' at her home in London to her 2.3million Instagram fans.

Megan looked sensational in a plunging black gown with her blonde locks parted in a sleek centre and tucked behind her ears to show a glimpse of her diamond earrings.

The songstress pulled out all the stops for her nearest and dearest with an incredible grazing feast, courtesy of The Graze Escape, along with three flavours of slush machines in various flavours from Slosheez.

Megan also ordered a gorgeous three-tier white and blue Christmas cake from M L Bespoke Cakes which was decorated with snowflakes and had 'Megan and Josh's Boxing Day Gala' in gold piping.

The former TOWIE star also sang her new festive single, Family at Christmas, as her friends and family joined in with the chorus.

Megan, who has appeared on a number of shows including Ex On The Beach and Celebrity Big Brother, is said to have been trying to keep her new romance away from the limelight.

Josh, 26, is the director of luxury fashion brand Yelir World, but Megan is yet to post a snap of her rumoured new man on her Instagram, and has reportedly blurred out his face if he happens to appear in the background.

Last year, a source said: “Megan and Josh have been dating for a few months. They’re totally smitten, it’s very sweet to see.

"The pair of them are taking it slow but they have been talking about the future.

“Megan seems so settled and happy now, Josh has made her feel really happy.”

Meanwhile Megan opened up her recent career milestone to her Instagram page as fans flocked to the comments to encourage her for her epic achievement.

"Last night I played the 02 arena… I sang ‘This’ to thousands…" Megan told her followers. "I can’t thank @mrmichaelball & @mralfieboe enough for giving me this opportunity.

"I wouldn’t of been here without them," Megan continued.

"I always said to myself when I was working as a waitress in the boxes that I would make it on that stage one day…."

Megan has gradually been increasing her discography over recent years alongside her TV career, and has just released a festive tune called Family at Christmas.