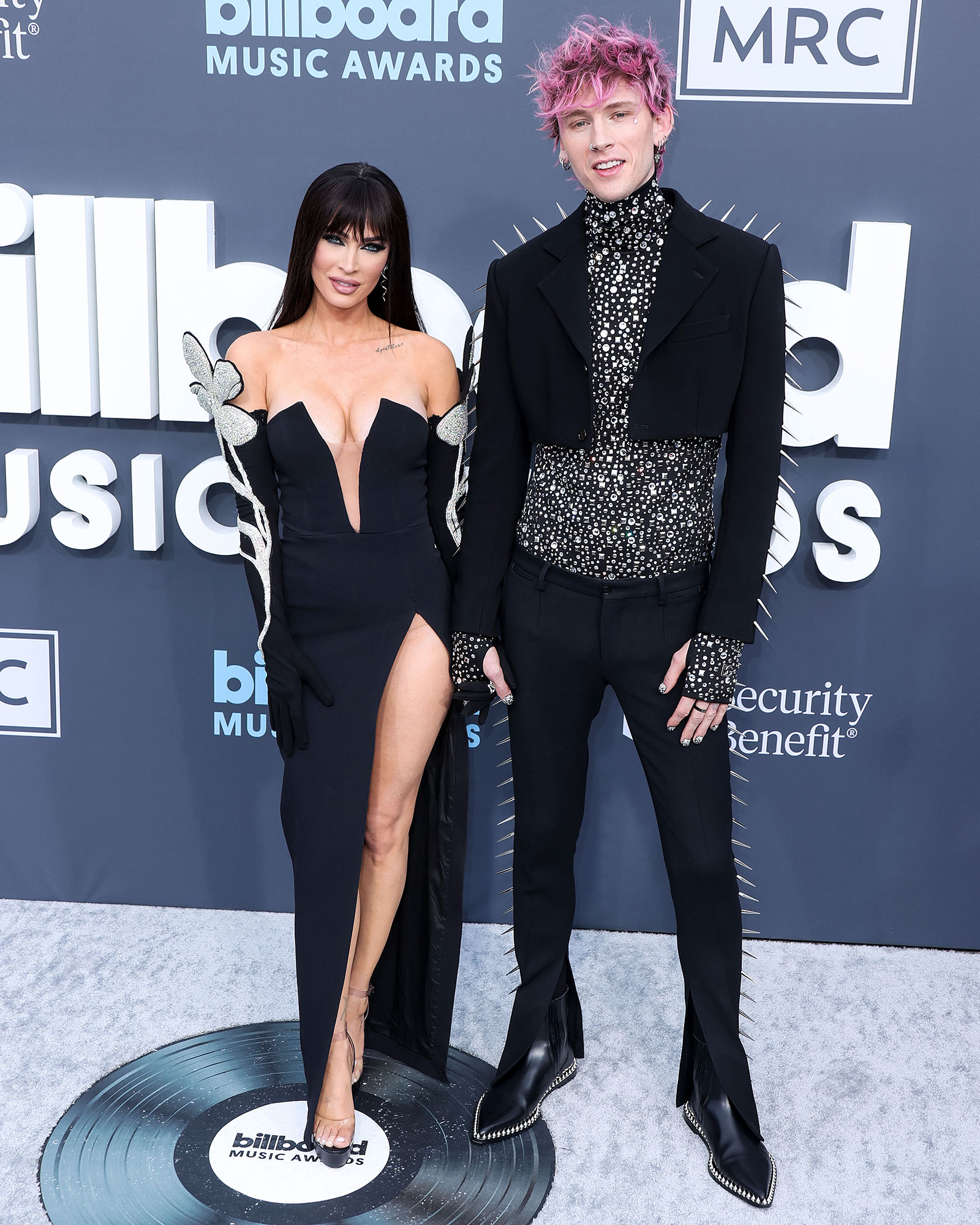 TMI? Megan Fox asked her “devastatingly handsome” fiancé Machine Gun Kelly to “get me pregnant” while gushing over him online.

“Never has anyone with better bone structure walked this earth 😍,” the Transformers actress, 36, wrote in the comments of the 32-year-old rapper’s Wednesday, October 26, Instagram post, calling him “exquisitely, devastatingly handsome.” Fox continued, “And 6 foot 5? Kill me or get me pregnant. Those are the only options.”

The “My Ex’s Best Friend” artist — whose real name is Colson Baker — shares daughter Casie, 13, with ex Emma Cannon. Fox, for her part, is the mom of sons Noah, 10, Bodhi, 8, and Journey, 6, whom she shares with ex-husband Brian Austin Green.

Earlier this month, the New Girl alum fired back at a social media troll who wondered where her children were after she shared a series of sexy selfies via Instagram on October 19. “Wait wait wait. I … have kids?!?” Fox sarcastically responded, per a screenshot posted by a fan account.

Party of 6! A Guide to Megan Fox and Machine Gun Kelly’s Blended Family

She added, “Quick, someone call the valet at the Beverly Hills hotel. That’s the last place I remember seeing them. Maybe someone turned them into lost and found.”

The Above the Shadows actress’ comments came eight months after she and Green, 49, finalized their divorce. The former couple, who tied the knot in 2010, confirmed their split in May 2020, shortly before Fox and Kelly went public with their romance.

“The second that I was in a room with him … I knew right away that he was what I call a twin flame,” the Confessions of a Teenage Drama Queen star revealed during a July 2020 appearance on he “Give Them Lala … With Randall” podcast. “Instead of a soul mate, a twin flame is actually where a soul has ascended into a high enough level that it can be split into two different bodies at the same time. So we’re actually two halves of the same soul, I think. And I said that to him almost immediately because I felt it right away.” 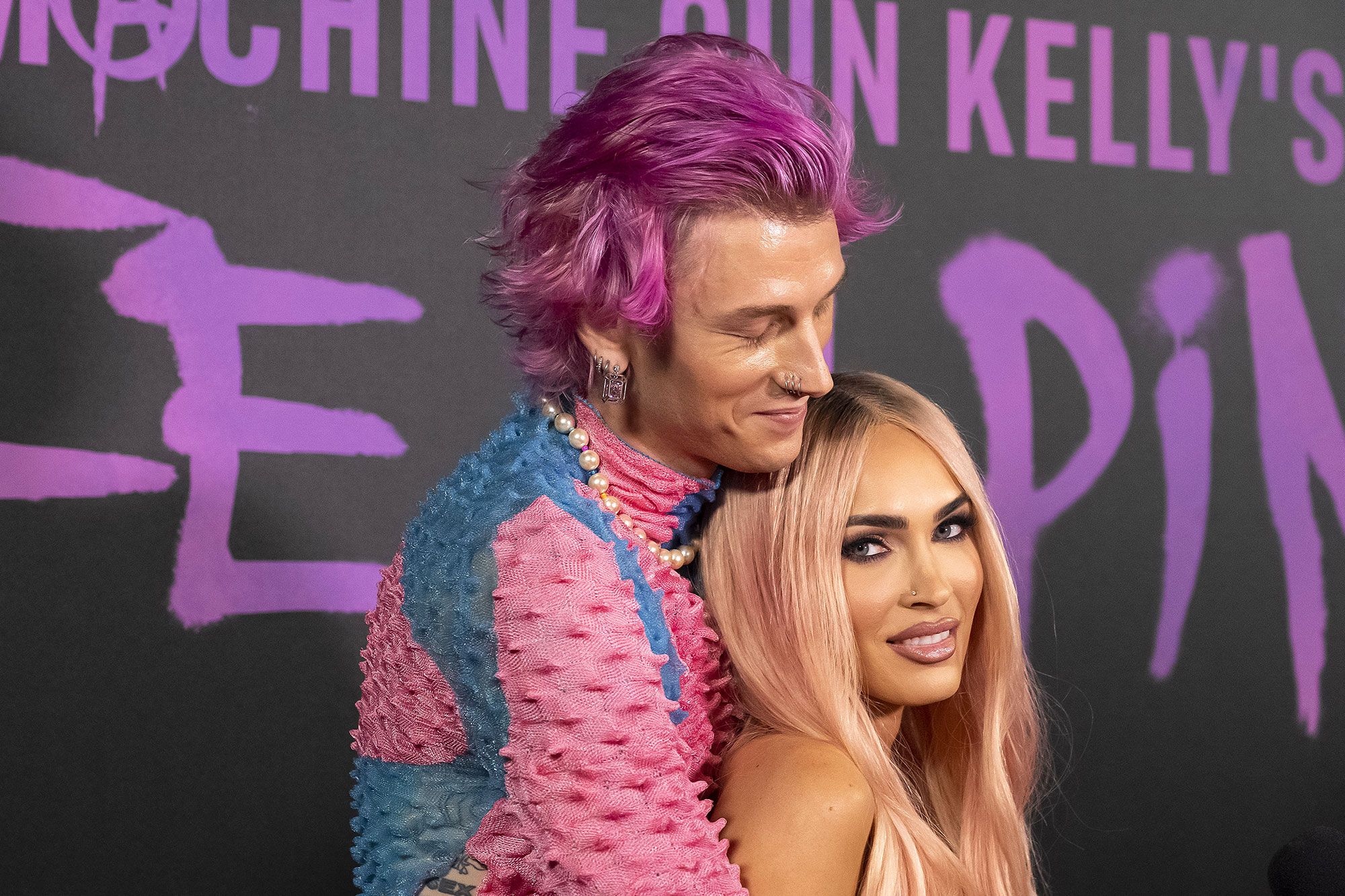 Fox has frequently fired back at mom shamers since she began dating her Midnights in the Switchgrass costar, telling InStyle that she’s faced “so much judgement” while raising her boys in a July 2021 interview.

“Do you ask their dad when he’s out?” she asked, referencing the constant comments she receives online. “No, because you don’t expect a dad to be with the kids all the time, but I’m supposed to not be seen and be at home with my kids. They have another parent.” (In addition to his three sons with Fox, Green welcomed son Zane with Sharna Burgess in June and also shares son Kassius, 20, with Vanessa Marcil.)

The Jennifer’s Body star continued: “I have to leave and sometimes I don’t want them photographed and they don’t come with me. This whole year I’ve been very surprised by how archaic some of the mindsets still are in some people.”

The “Bloody Valentine” musician popped the question in January — but the pair are not rushing down the aisle just yet.

“Megan and MGK haven’t set a date yet but they’re secretly planning their wedding. They’re working on it and also working hard on themselves,” a source told Us Weekly about the couple on Tuesday, October 25. “They’ve worked on their problems and worked really hard to get to the place where they are today. It’s still a struggle at times and they tend to have a lot of ups and downs. He is making a lot of effort to be more mature. He’s not always easy to deal with. He still has this teenage side to him.”

The insider added that though there was “a point … where [Fox] was done with him” earlier this year, things have “turned around” for the twosome. “She was fed up with his BS. It got really bad between them,” the source said. “He loves her so much and was the one that pushed to make it work. He wanted it to work and wanted them to be a happy couple.”