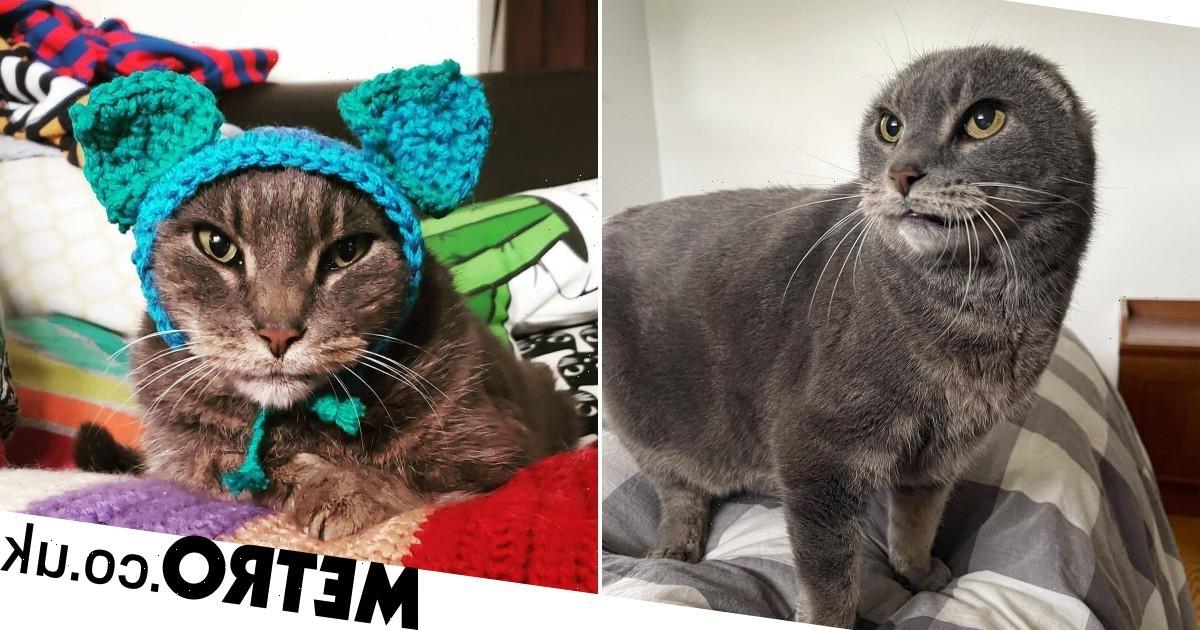 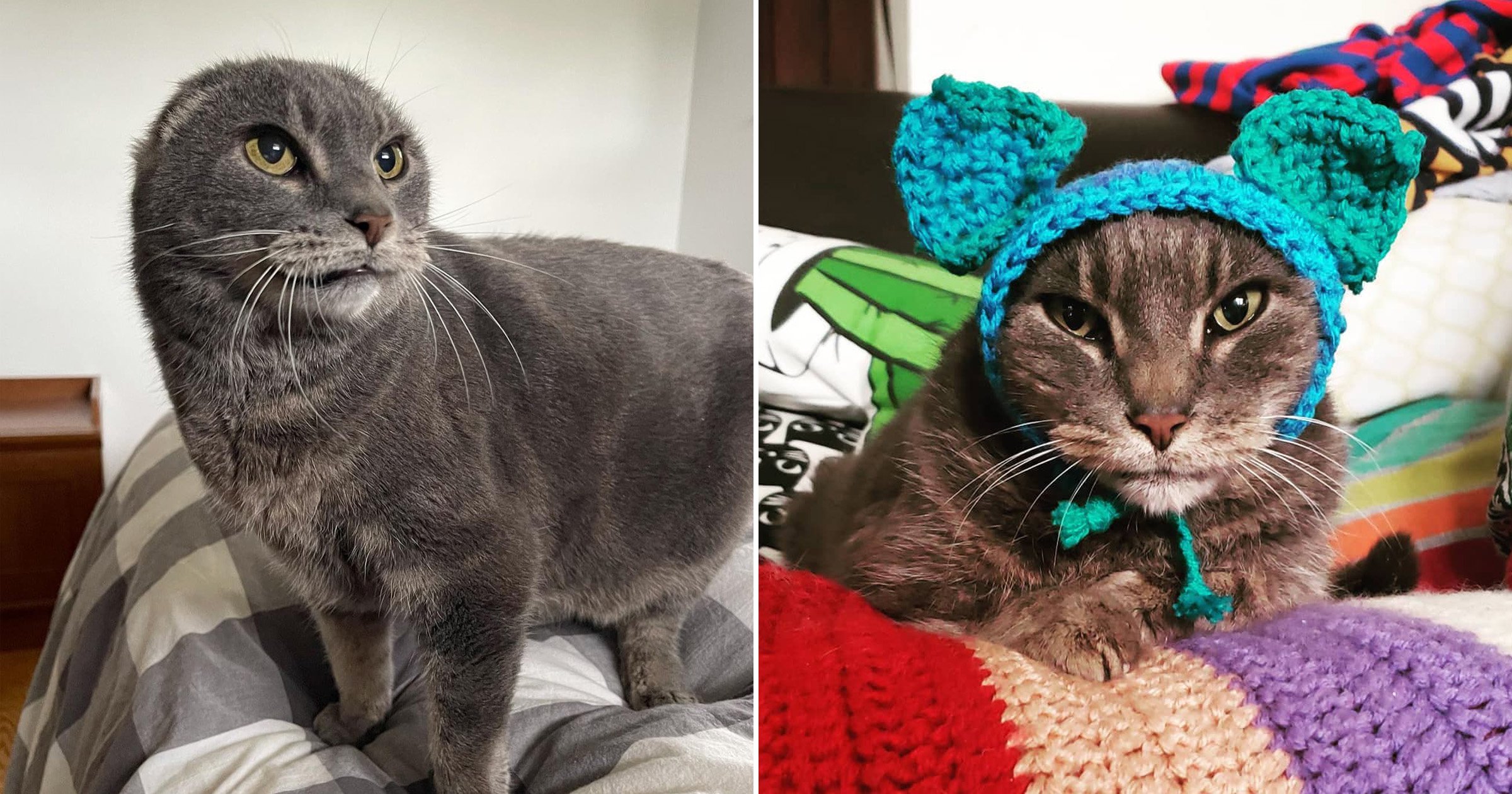 An earless former street cat has become a social media star, despite the fact she can sleep for up to 20 hours a day.

Nora, from Wisconsin, US, had to have the outer flaps of her ears chopped off after they became infected following years of living on the street.

The domestic shorthair grey tabby mix was eventually rescued and taken to a local vet. There it was discovered she had chronic ear infections and hematomas.

Vets decided that the only way to treat her ear canals was to chop off the badly infected flaps. Sadly, this left her with quite an unusual appearance.

Those around her feared she would never find a home but Nora was snapped up within a month by veterinary nurse, H Due, and their wife in January 2020.

While it looks like she has no ears at all, the little feline friend is still able to hear as vets kept her ear drums and canals.

Like all other cats, Nora’s favourite hobby is napping, which she does with the couple’s three-legged dog Matilda.

In fact, she loves a good rest so much that she can sleep for up to 20 hours a day.

‘Nora is an absolute sweetheart. She has no fear whatsoever and greets any person or pet head-on,’ H told NeedToKnow.online

‘She tolerates the other cats, but they don’t play with her, and she actively snuggles our two dogs.

‘She doesn’t appear to be any more sensitive to sound than my other cats.

‘She has several pairs of knitted fake ears but we’ve never had to use earmuffs.

Nora is now deservedly a social media star and has earned an army of 28,500 fans on Instagram (@nora.no.ears).

On one picture of the sweet pet, an Instagram user wrote: ‘She’s so lovely little darling. She doesn’t needs ears to look so lovely and sweet.’

Another added: ‘She’s just too cute!!’

While a third gushed: ‘I’d have her tomorrow bless her. Beauty is only fur deep.’