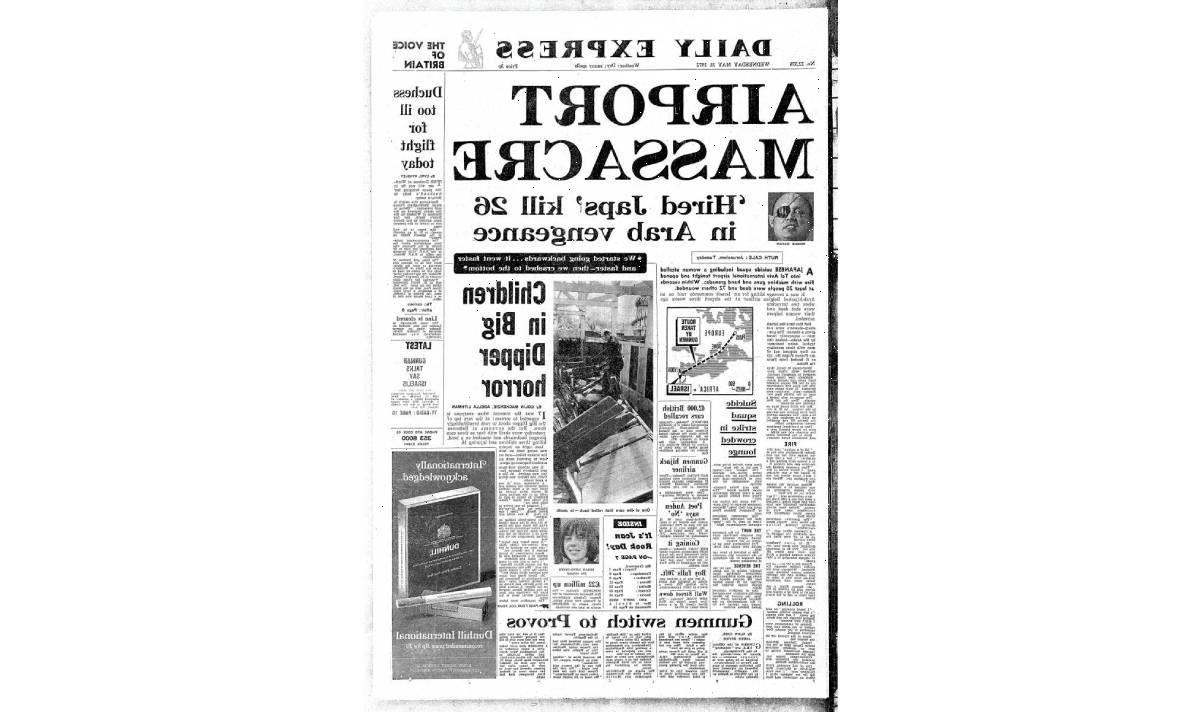 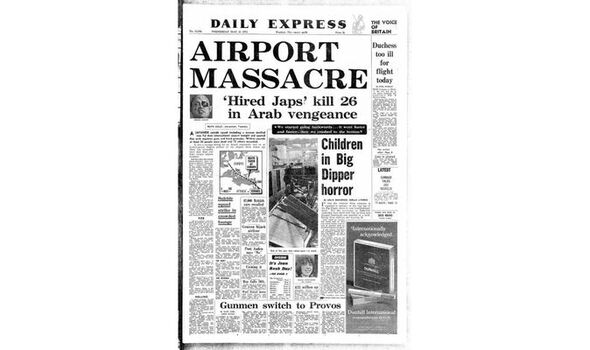 Witnesses described people “shouting, running and falling” as the two male and one female attackers opened fire and hurled grenades, killing 26 people. It would later emerge the Japanese nationals had been trained in Lebanon by leaders of the Popular Front for the Liberation of Palestine.

65 years ago (1957) US playwright Arthur Miller was convicted of contempt of Congress after he refused to name the alleged communist writers whom he was accused of attending meetings with in 1947.

In 1958 Miller, who was married to Hollywood screen icon Marilyn Monroe, won a legal battle to have the conviction overturned.

24 years ago (1998) Spice Girl Geri Halliwell sensationally quit the band, citing “differences” between her and the rest of the group.

Geri, nicknamed Ginger Spice, was recognised as one of the biggest personalities in the girl band and the inspiration behind their “Girl Power” slogan.