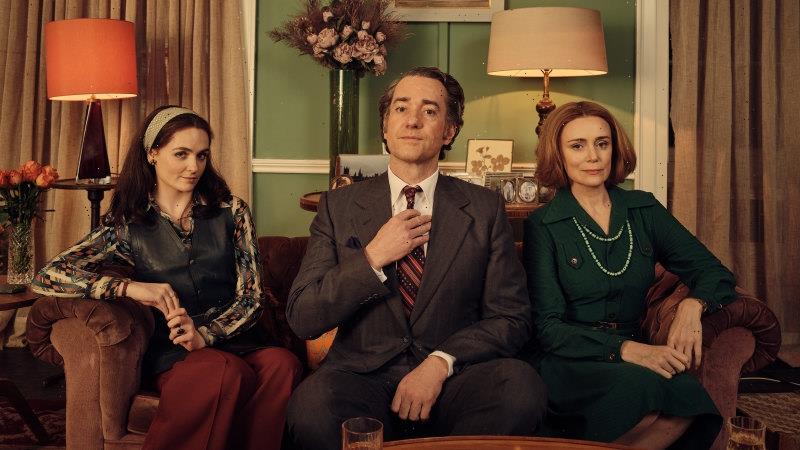 The story of John Stonehouse, an MP for the British Labour Party who faked his own death in Florida in 1974 and managed to survive all of five weeks in Australia before being caught, is truly remarkable. This three-part series made for Britbox sticks mostly to the facts, but it can’t help treating the whole saga as a bit of a head-scratching romp. Did he really think he could get away with it? Evidently, yes.

Matthew Macfadyen plays Stonehouse as a man of little substance and massive self-belief. From working-class stock, photogenic and dubbed one of the party’s “bright young things”, he’s on the rise when Prime Minister Harold Wilson (Kevin McNally) hears he served in the air force during the war. “Better give him aviation then.” 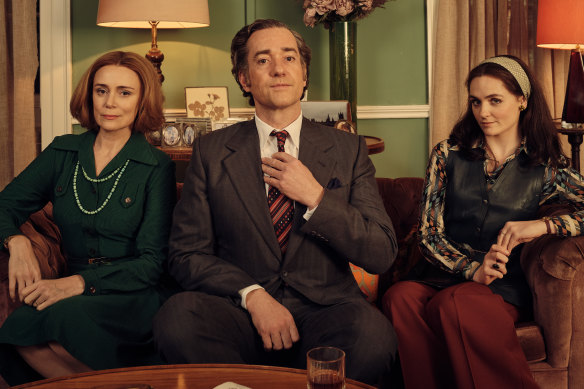 Matthew Macfadyen as John Stonehouse with Keeley Hawes, left, as his wife Barbara and Emer Heatley as his secretary and mistress Sheila.Credit:Britbox

The new ministry takes him to Czechoslovakia, and before you can say “ahoj” (hello) he’s in bed with his suspiciously sexy translator. It’s a sting, of course, and the show is barely 10 minutes old before Stonehouse has been promoted, morally compromised and recruited by the communists. “You want me to spy for you,” he asks, outraged. “Would I be paid?”

It’s impossible to watch the excellent Macfadyen here without being reminded of his Tom Wambsgans in Succession. There’s the same craven self-interest, ethical “flexibility”, inability to grasp the bigger picture until it’s far too late. With Tom, you at least feel a skerrick of sympathy because somewhere deep inside you sense he might actually love Shiv (Sarah Snook), despite how awful she is to him. Here, you just shake your head in disbelief. Yet believe we must because this really did happen (more or less).

The jetset opening titles and the jaunty score are redolent of Catch Me If You Can, but Stonehouse is far less adept at all this fake identity business than Leo DiCaprio’s scamming pilot ever was. He’s the Mr Bean of international espionage and extramarital affairs.

Macfadyen’s real-life wife Keeley Hawes (always a delight) plays Stonehouse’s long-suffering spouse Barbara. Sheila (Emer Heatley) starts as his secretary, becomes his office fling, and ends as his unwitting accomplice after he flees the country when everything threatens to come crashing down.

Stonehouse’s shenanigans didn’t just have personal repercussions, though. They led to Labour losing its slender majority, and ultimately power.

The allegations that he was a Czech spy were not made public during his lifetime, and privately Stonehouse denied them. He attempted to frame his death-faking not as a flight from disgrace, but as a response to a mental breakdown brought on by the growing realisation that the gap between his “idealism” and the realities of politics was insurmountable.

The show would have us believe that was all a sham, rather like the European locations that double for Melbourne (Spain, I’m guessing; the cars are left-hand drive). But his daughter Jane vigorously supports both positions in her 2021 book John Stonehouse, My Father: The True Story of the Runaway MP.

I’m sure this tale might have been told in darker tones, with far more menace, or at the least with more nuance. If the real Stonehouse was as his daughter believes, this show has done him a disservice. But if he was at all like the bumbling, empty, self-deceiving character it presents, farce is all he deserves.