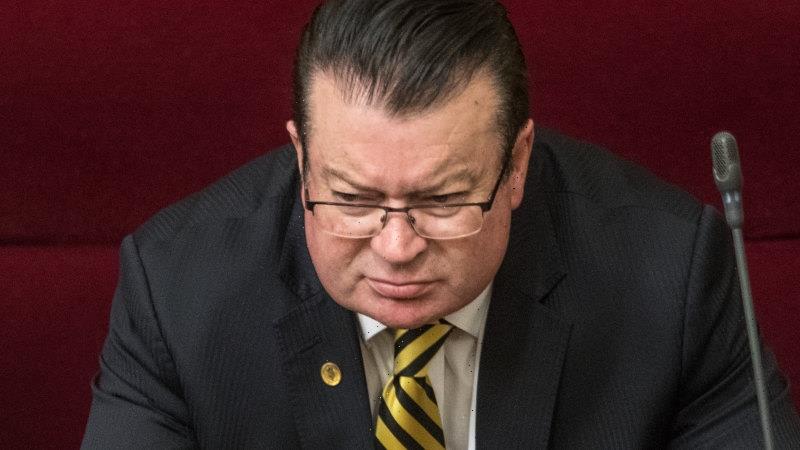 Two Liberal sources confirmed to The Age that Mr Guy was forceful in Tuesday morning’s party room about recalcitrant MPs within his team who displayed “bad behaviour” on social media, in a direct swipe at Mr Finn who was publicly repudiated by his colleagues just last week. 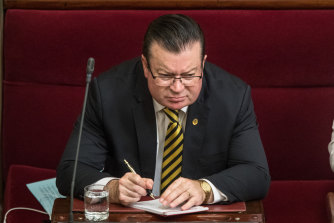 There has been deep internal unrest about Mr Finn for several years. Although a conservative, Mr Finn, a backer of former opposition leader Michael O’Brien, has been associated with the party’s Moderate faction.

Colleagues have criticised Mr Finn over social media comments likening Victoria Police to “the modern incarnation of the Despot’s militia”. And on Friday morning, after the party’s new leadership confirmed it would not change laws banning gay conversion therapy if elected, Mr Finn posted on his social media: “Given the choice of Labor and Labor Lite, Victorians will invariably vote for the real thing.”

Calls have been growing, from both the Moderate and Right faction, for Mr Finn to lose preselection for his safe number one spot on the Western Metropolitan ticket. 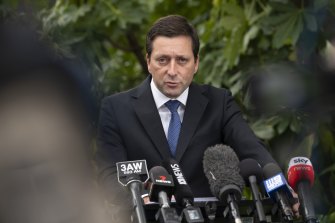 “There was no doubt in anyone’s mind that it was about Bernie Finn. The threat was made clearly to Bernie. The party room is sick of having a Craig Kelly.”

Another Liberal source said, “the message around discipline or unity has [never been stated] with not only this much clarity but this much real likelihood of repercussions”.

“Now that Michael is no longer [leader] and that linkage has been removed, I hope Bernie pulls his head in.”

Liberal MPs said Mr Guy was vehement on the party’s stance on the ban on gay conversion therapy and it would not change.

In an extraordinary recent attack, Mr Finn said the colleagues who had been leaking against him were “lowllife dirtbags”.

“[There is a] hate campaign set out to destroy my reputation, career and family but I’m delighted to say all are holding up very nicely,” Mr Finn wrote on Facebook.

“Those responsible for the lies, smear and defamation were in the organisational wing to begin with but sadly some are now in Parliament. Contact tracing will find them all connected. All are lowlife dirtbags.

“They should go into the hall of mirrors, take a good hard look at themselves and commit to give Matthew Guy the loyalty and unity of purpose they never gave Michael O’Brien. Alternatively, we could do a deal: if they stop telling lies about me, I won’t tell the truth about them!”

The Liberals were initially divided over the bill banning gay conversion therapy when it appeared before Parliament late last year.

The party ultimately decided to support the change by choosing not to oppose it in the upper house, and move amendments during the debate.

The bill passed the Legislative Council with the opposition voting with the government, though Mr Finn and Bev McArthur voted against it.

The Coalition last week gave an “iron-clad guarantee” it would not amend the new laws, after The Age earlier revealed the opposition had quietly promised faith groups it would make changes if it won next year’s election.

The amendments would have probably reflected some of the concerns it had raised during the parliamentary debate about the rights of children and parents seeking assistance with gender dysphoria and sexual identity issues and the rights of religious and medical practitioners providing that care. 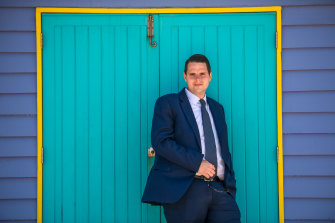 “The Liberal Party will not be changing these laws, there are no ifs, no buts … I am giving an absolutely iron-clad guarantee,” said James Newbury, the opposition’s spokesman for equality.

“These laws are about a practise which supposes that you can choose being gay – you cannot choose to be gay, you are born gay. There is no praying that will change who you are.”