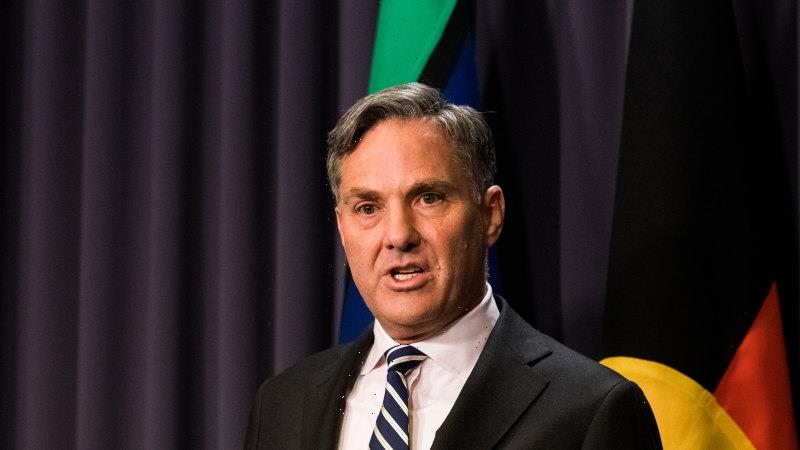 Defence Minister Richard Marles has urged an end to Chinese live-fire military operations that have encircled Taiwan in a strong statement that accuses Beijing of breaching United Nations rules requiring countries to ensure peace and security in international waters.

Marles made it clear China was flouting the UN Convention on the Law of the Sea by launching ballistic missiles in an escalating response to a visit to Taiwan by United States House Speaker Nancy Pelosi. 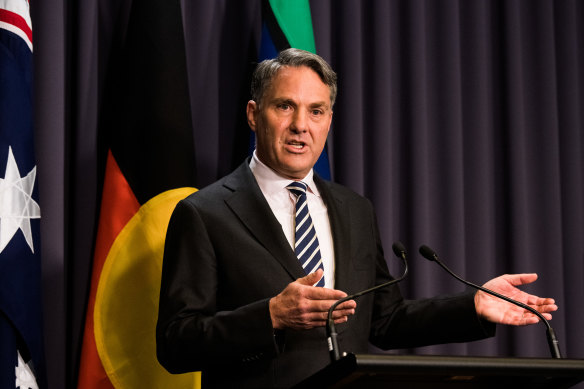 Defence Minister Richard Marles said: “It matters that the rules of the road are asserted, and that’s what we were doing. And that’s what we’ll continue to do.”Credit:James Brickwood

He also declared Australia had a vital interest in asserting freedom of navigation and would continue its regular surveillance in the region despite a dangerous Chinese interception of a Royal Australian Air Force plane in May.

“The UN Convention on the Law of the Sea is a completely understood treaty and an accepted part of the architecture of the global rules-based order,” said Marles, who becomes acting prime minister on Saturday while Anthony Albanese takes a week’s leave.

The remarks counter recent Chinese claims that the strait is not international waters and represent a toughening in Australia’s language about the attempts to intimidate Taiwan in the worst crisis in the area since 1996.

Chinese warships and aircraft crossed the Taiwan Strait median line on Friday in what Taiwan’s defence ministry described as a “highly provocative” incursion after similar moves on Thursday, when China also fired missiles over Taiwan and into Japanese waters.

Foreign Minister Penny Wong criticised China on Friday for launching ballistic missiles, saying the military exercises were “disproportionate and destabilising” and carried the risk of miscalculation.

In a sign of global tensions over Taiwan and Ukraine at a meeting of the East Asia Summit in Cambodia, Wong walked out of an address by Russian Foreign Minister Sergei Lavrov. The Russian and Chinese foreign ministers walked out of remarks by their Japanese counterpart.

The Australian government has not endorsed or criticised Pelosi’s controversial visit to Taipei on Wednesday – during which she infuriated Beijing by confirming the US’s “iron clad” commitment to Taiwan’s democracy – but Marles’ latest comments reject the central claim in the Chinese show of force.

Marles drew a parallel between the Taiwan Strait and the Torres Strait, where the People’s Liberation Army sent a guided-missile destroyer and an amphibious assault ship in February.

While Australia complained that one of the Chinese ships used a laser against an RAAF surveillance plane, potentially blinding the crew, it accepted the vessels’ right to pass through the Torres Strait.

“We have seen a Chinese military vessel traverse the Torres Strait this year in accordance with international law and we make no complaint about that,” Marles said.

“But the rules of the road apply everywhere and they apply in the Taiwan Strait as well.”

The Chinese air force also risked a collision in international airspace in May by sending a J-16 fighter jet to intercept an RAAF P-8 Poseidon surveillance aircraft. The J-16 flew in front of the Australian plane and released “chaff” including aluminium shards that could have damaged the Poseidon’s engines.

Asked if Australia would change the pattern of its surveillance flights in response to that interception, Marles said the operations would continue because they reinforced the freedom of navigation in international airspace.

The UN Convention on the Law of the Sea was central to a ruling by the Permanent Court of Arbitration in The Hague in 2016 that rejected Chinese claims of sovereignty over large parts of the South China Sea. But China has refused to recognise the ruling and has continued building military bases in international waters.

Speaking in 2016 as Labor’s spokesman on defence, Marles said he believed the Royal Australian Navy should conduct freedom of navigation exercises in those waters. He stood by that position in his interview this week.

“It was a principled statement that those options should be on the table as a matter of principle and my view hasn’t changed,” he said.

“Obviously, I am now aware of the detail of what we do and I can’t discuss that in a public sense.

“But what we can say is that the activities that the ADF undertakes are about asserting the global rules-based order, and in this instance, the UN Convention on the Law of the Sea and freedom of navigation, and the freedom of overflight, which goes from that.