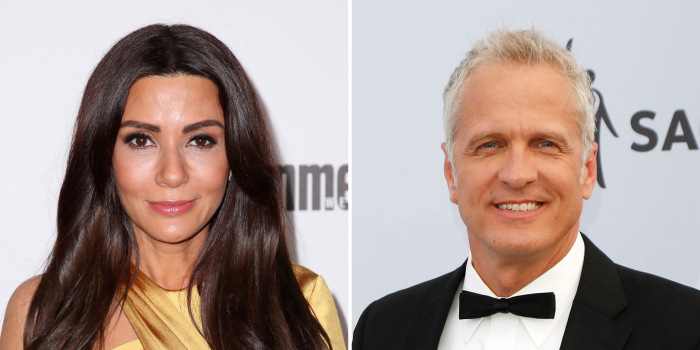 “Riverdale” star Marisol Nichols and Patrick Fabian of “Better Call Saul” are among the notable actors seeking SAG-AFTRA national board seats as allies of president Gabrielle Carteris through the Unite For Strength faction.

Other prominent national board candidates for UFS included Kate Flannery (“The Office”), Yvette Nicole Brown (“Mom”) along with incumbent board member Lisa Vidal (“Being Mary Jane”) and “The Walking Dead” star Michael Cudlitz, first reported by Variety on July 9.

UFS also announced earlier this week that Camryn Manheim is running for SAG-AFTRA secretary-treasurer — the third-highest elected post in the union — as part of the slate for the re-election of union president Carteris. Election ballots will be mailed to dues-current members on July 29 and will be tabulated on August 28. SAG-AFTRA represents about 160,000 performers.

Carteris, who has been president since 2016, is facing challenges for the post from Matthew Modine and current secretary-treasurer Jane Austin. Unite for Strength and United Screen Actors Nationwide — which have been the ruling factions at the union for the past decade with an emphasis on pragmatic policies — unveiled Manheim’s candidacy on Tuesday.

Unite For Strength also announced that Michelle Hurd, currently serving on the national board, will be running for president of the Los Angeles local; Clyde Kusatsu and Ellen Crawford will be running for vice president slots. Rebecca Damon is seeking re-election as New York president. Maureen Donnelly, Jim Kerr, Ezra Knight and Liz Zazzi are seeking re-election as New York vice president as USAN, which is allied with Unite for Strength.

Membership First has not yet announced its slate other than Modine. The progressive faction has several high-profile reps on the 80-member national board including Modine, Frances Fisher, Diane Ladd and Martin Sheen.