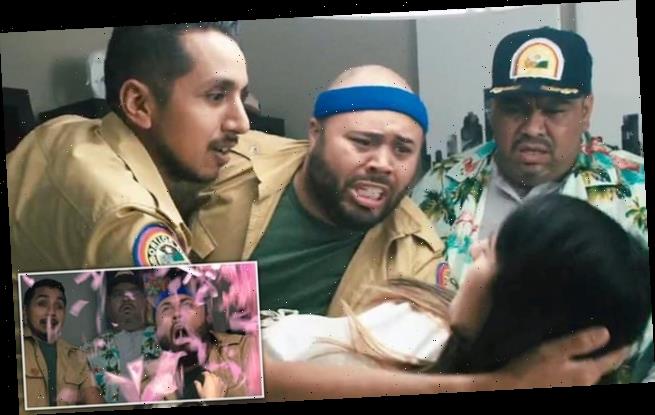 Ripley would be proud! Father-to-be reveals the gender of his unborn baby with a $3,000 remake of the famous Alien ‘chestburster’ scene

A couple created an hilarious tribute to the classic 1979 movie Alien to reveal the gender of their unborn child.

Father-to-be Aaron Rodriguez, 36, from Houston, Texas,was the brainchild behind the humorous film and persuaded his wife Melissa, 31, to get involved.

The ‘REVEALIEN’ movie, which cost under $3,000 to make, premiered at a family party last Saturday and Aaron insisted that despite fears about showing the film to his grandma, it was ‘very well received.’

The film showed a remake of the iconic ‘chestburster’ scene – but instead of an alien popping out of Melissa’s stomach, it was a huge burst of pink confetti, revealing that the pair would be having a girl.

Videographer Aaron said: ‘We held a big party and showed it to the entire family on a projector outside, everyone was laughing, it was very well-received.

Father-to-be Aaron Rodriguez, 36, and his wife Melissa, 31, created an hilarious tribute to the classic 1979 movie Alien to reveal the gender of their unborn child

The film showed a remake of the iconic chestburster scene – but instead of an alien popping out of Melissa’s stomach, it was a huge burst of pink confetti

‘My dad’s side of the family is very conservative, so we were a little worried about how it might go down – you know, showing it to grandma.

‘But luckily she was laughing and she asked us lots of questions about it afterwards.We weren’t sure what the reaction would be, so that was a relief!’

Aaron, a lifelong Sigourney Weaver fan, started planning his elaborate gender reveal movie before his wife Melissa, a videographer, was even pregnant.

He said: ‘We have a huge family and we both work in video, so I thought it’d be really cool to make a mini film.

The ‘REVEALIEN’ movie showed a  huge burst of pink confetti, meaning the couple were having a baby girl

‘I knew a long time ago that I wanted to have an Alien theme, but my wife wasn’t so sure about that.

‘But I’ve been a fan of the Alien movie since I was a little kid, so I had my heart set on it.

‘My dad showed it to me at a young age, when I was far too young to watch it actually, but it never scared me. I just thought it was really cool.

‘Melissa took a little convincing on the Alien idea, she didn’t want it to be too gruesome, but once I convinced her that I could make it funny and gory she got on board. 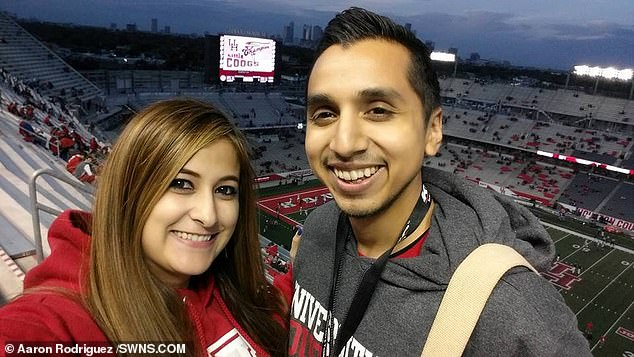 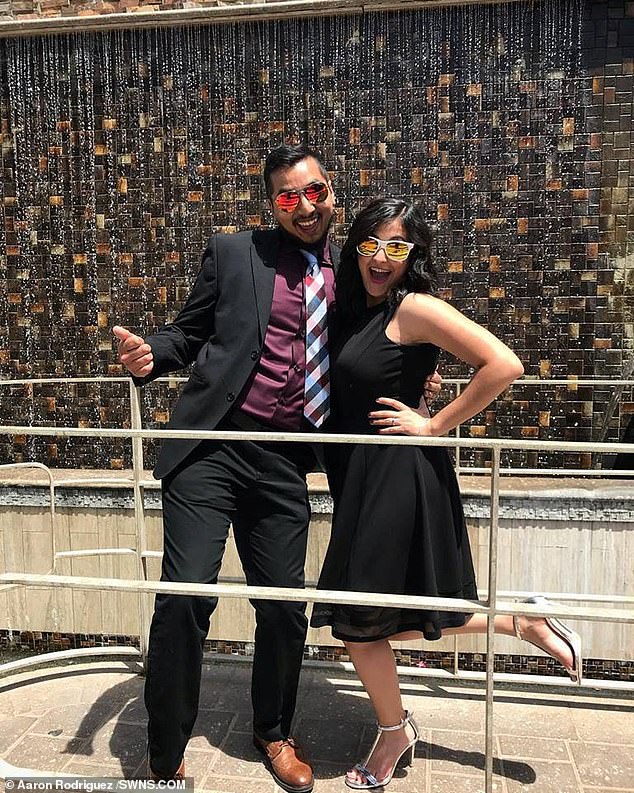 ‘My goal was to make people laugh and also gross them out a bit!’

In the early days of Melissa’s pregnancy Aaron made two versions of the film, one with blue and one with pink.

Once an ultrasound had confirmed they were having a girl Aaron finalized the footage. 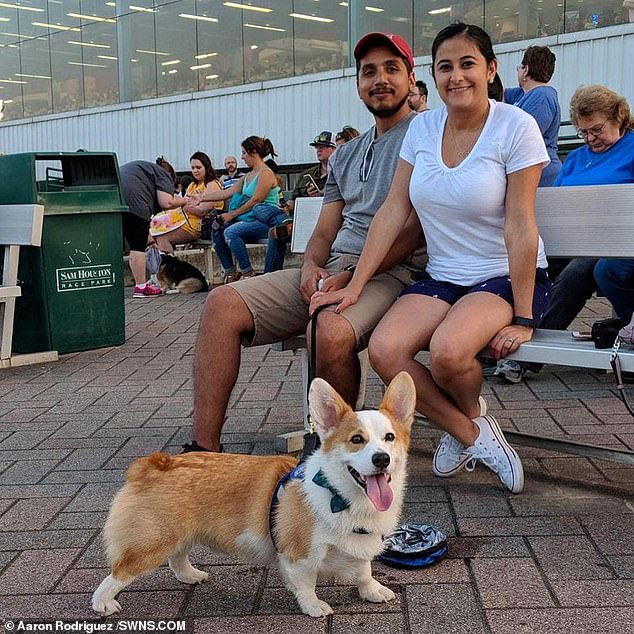 Aaron premiered the film at a family party last Saturday and Aaron insisted that despite fears about showing the film to his grandma, it was ‘very well received’

Proud parents-to-be Aaron and Melissa both star in the movie, along with Aaron’s brother-in-law Gus and Melissa’s sister Cynthia.

‘Chase is a professional comic, so he really brings the movie to life,’ said Aaron.

Adding: ‘The whole thing coincided really nicely with Halloween, it was a blast to make.

Aaron and Melissa’s baby daughter is due in March of 2020.

‘We’re thinking of naming her Olivia, not Sigourney, nothing Alien related,’ he joked.