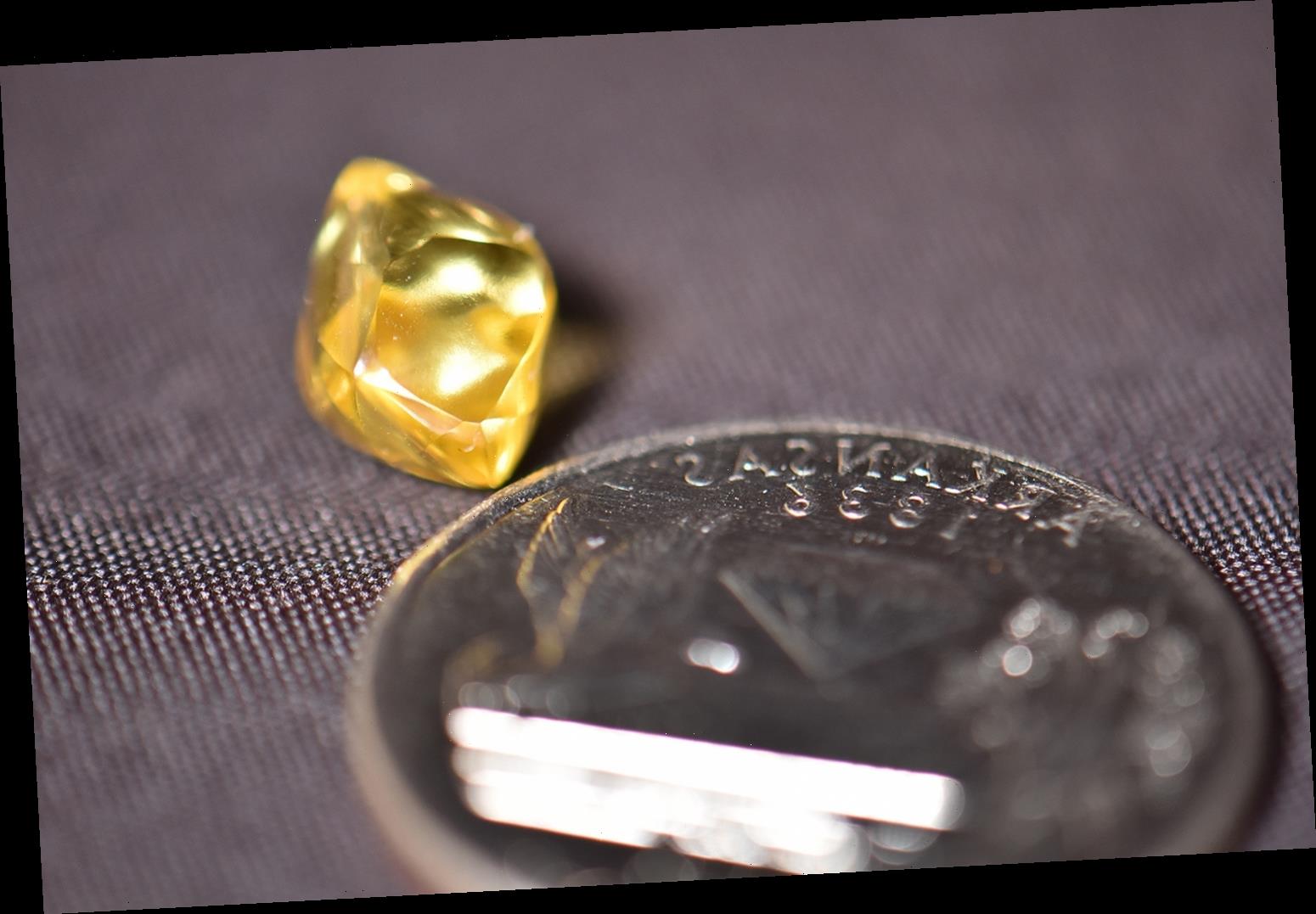 An Arkansas man took trick or treating to a whole new level this Halloween, as he scooped up a very special kind of treat while searching for diamonds at a state park: a 4.49-carat canary yellow gem.

Steven McCool was at Crater of Diamonds State Park on Saturday, and had every intention of going home, but stuck around as it had recently rained, meaning conditions were good to possibly find a diamond, the park said in a press release.

And that’s exactly what he did, stumbling upon a 4.49-carat sparkling, canary yellow diamond about the size of a jellybean.

“I’m somewhat sentimental. It’s my first diamond I found,” McCool, 34, said in the release. “I am the first person to unearth this, the first person to touch it. It’s hard to wrap my head around it. I am blown away by the clarity, the beauty, how rare it is. I’m definitely blessed, not lucky. It was the Lord’s work.”

McCool, of Fayetteville, was sifting through the dirt using screens and water, and was on his eleventh bucket of the day when he made his discovery. He initially thought he’d found an amber piece of glass, possibly from an old Coke bottle, but soon realized it was something much more special.

McCool pocketed his treasure, which he found just 30 minutes before the park closed, and decided to name it BamMam, after the initials of his 7-year-old son and 5-year-old daughter.

“What’s more precious than a precious gem? My children. So, I named it after my children and the name will stay with the diamond forever,” he explained. “I called my son afterward and asked him if he remembered what Thanos’s Mind Stone looked like and told him I found one!” She added that finding diamonds that large while wet sifting, as McCool was, is “extraordinarily rare,” and that diamonds of that size are usually found by surface searching.

Surface searching is how Kevin Kinard found a 9.07-carat diamond at the park in September, the second-largest gem ever found since it became a state park in 1972.

The largest diamond ever found in the U.S., however, was found in the area in 1924, before it became a state park, and was a white diamond with a pink cast that weighed 40.23 carats and was named Uncle Sam, according to the release.

McCool said he’s torn as to whether he’ll keep the diamond or sell it, but is already planning to return and commence his search again – though he admits he’s “set the bar really high” for himself.