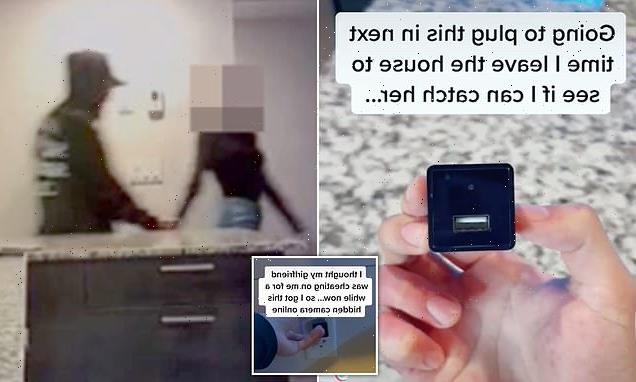 A man has claimed to have captured his girlfriend of six years cheating on him while on camera – after installing a USB plug with a recording device in their apartment.

The anonymous man, from the US, went viral on TikTok earlier this week after he revealed he had bought a plug which contained spyware.

He said he had been with his girlfriend Ashley for six years but had grown suspicious of her behaviour in recent months and installed the plug into the kitchen of their home.

He was then able to livestream video from the camera onto his  phone, and captured the  moment Ashley walked into his apartment hand-in-hand with another man before they shared a kiss.

Rule ##1: If your girl’s name is Ashley.. run. Link in bio if you want to catch a cheater. ##cheater ##toxic ##cheatersgettingcaught 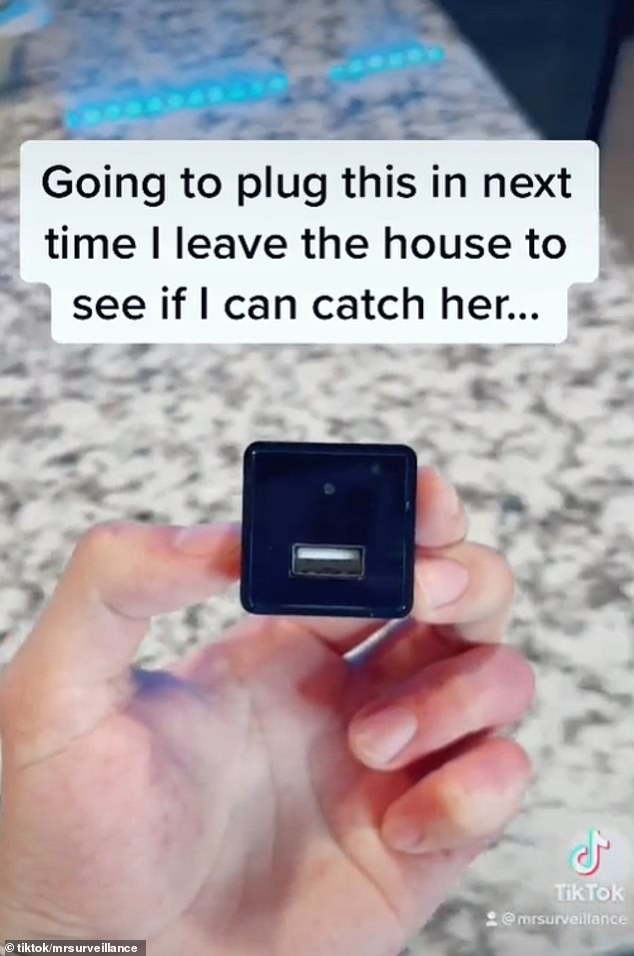 The anonymous man, from the US, captured his girlfriend of six years cheating on him while on camera – after installing a USB plug with a recording device in their apartment. 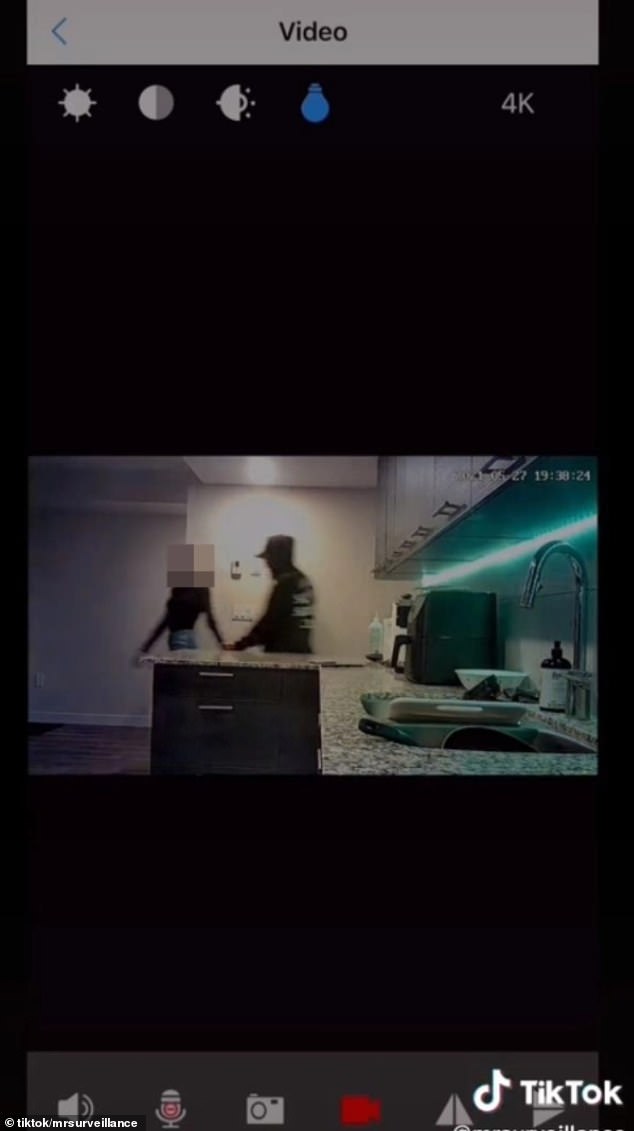 Posting his first video under the name Mr Surveillance, the man explained the plug came kitted out with a USB drive and an SD card so he could capture the footage he needed.

He said: ‘I think my girlfriend is cheating on me. We’ve been together for over six years.

‘To find out if it’s true, I got this hidden spy camera online. Never seen anything like this before, please don’t think I’m a creep.’

‘Going to plug this in next time I leave the house to see if I can catch her.’ 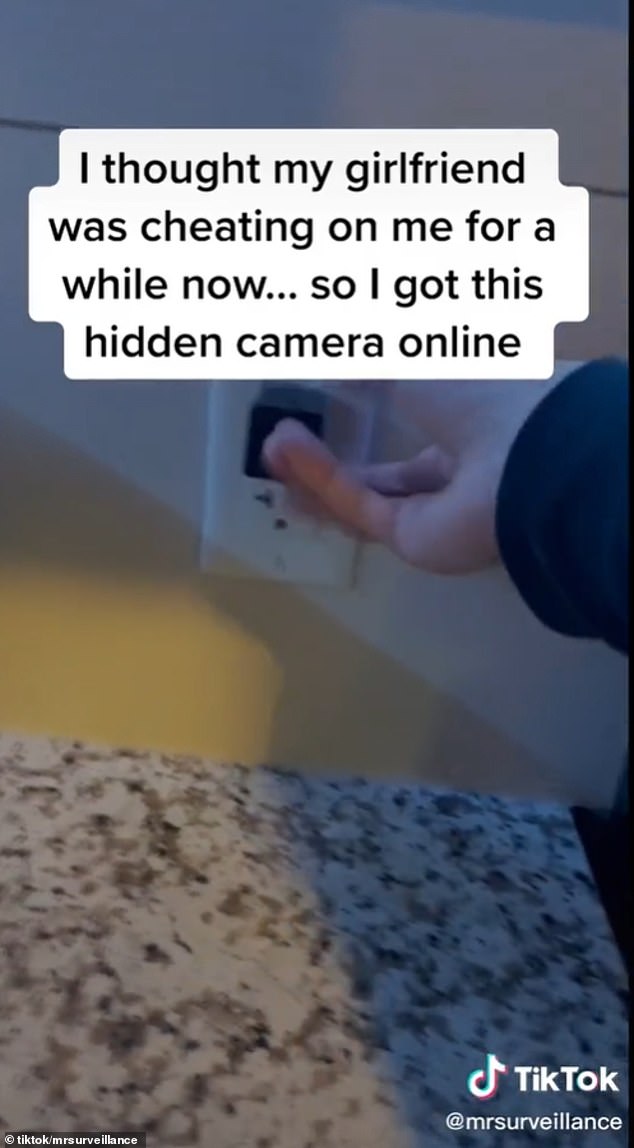 The camera was concealed within a USB plug socket, which the TikTok user placed in his kitchen after growing suspicious of his girlfriend

He continued: ‘Don’t know why but I’m super nervous, wish me luck.’

In the next video, he installed a USB lead into the plug, writing: ‘There’s no way she’s going to find this camera.’

He left the house and drove his car down the street before waiting to see what would happen.

The video then cut to his girlfriend leading another man into his home, through the kitchen and into the hallway. 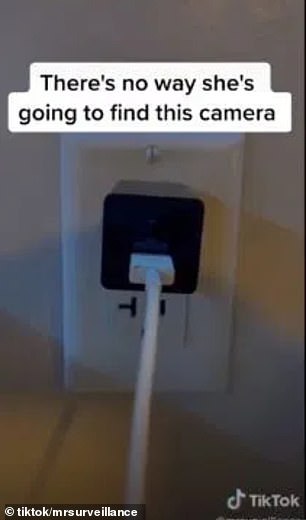 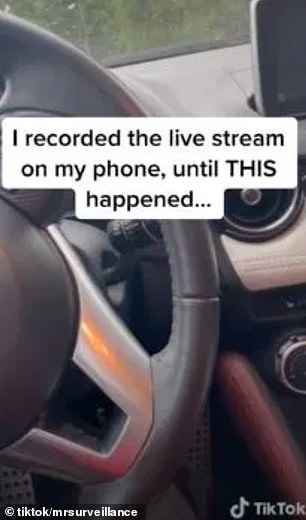 In a second video shared online, the man placed a USB lead into the plug to conceal it from his girlfriend (left) before driving around the corner and watching a livestream to see what happened (right) 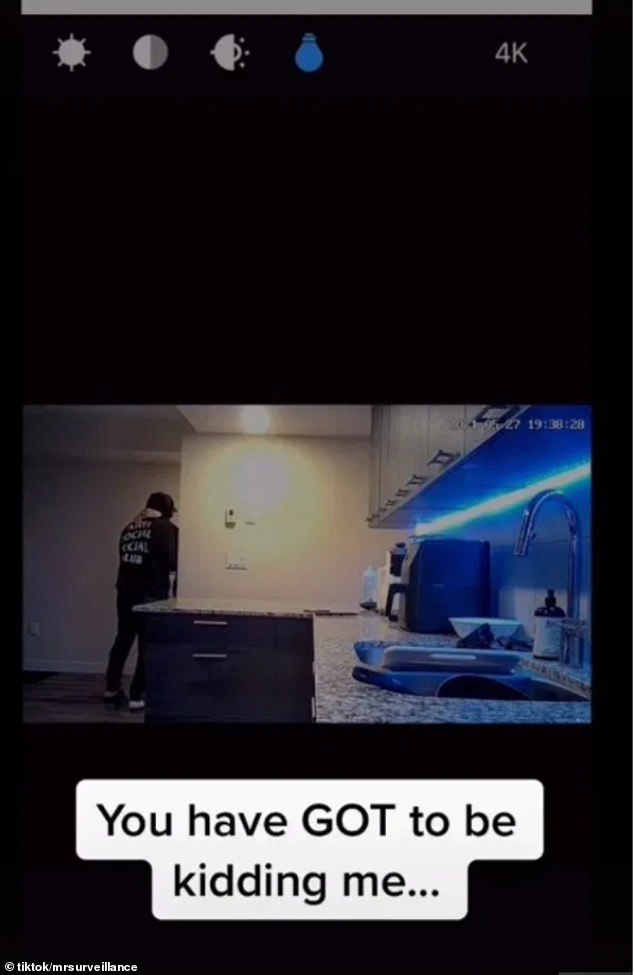 At one point in the secret recording, the couple can be seen kissing while in full view of the camera

At that point, the couple can be seen kissing while in full view of the camera.

He wrote: ‘You have got to be kidding me. Complete waste of six plus years of my life.’

Shocked by his girlfriend’s behaviour, he sent the video to her with a text saying: ‘We’re over. Pack your things ASAP. Hope you’re happy.’ 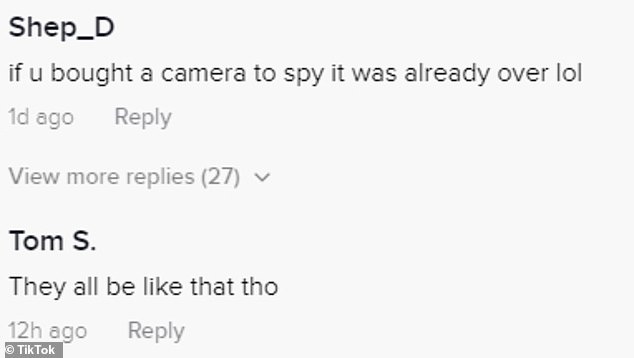 The video, which has been hashtagged #CheatersGettingCaught, attracted a wave of support for the man, with some saying it was ‘her loss’

The video, which has been hashtagged #CheatersGettingCaught, has been viewed over 2.5million times and amassed over 432,000 likes.

Many were left stunned by her behaviour, with one writing: ‘Eyes open. You know the truth now. What’s kept in the dark will always come to light. It’s her loss.’

Another said: ‘If you bought a camera to spy it was already over lol.’

Sporting souvenirs that carry 2020 date will double in value