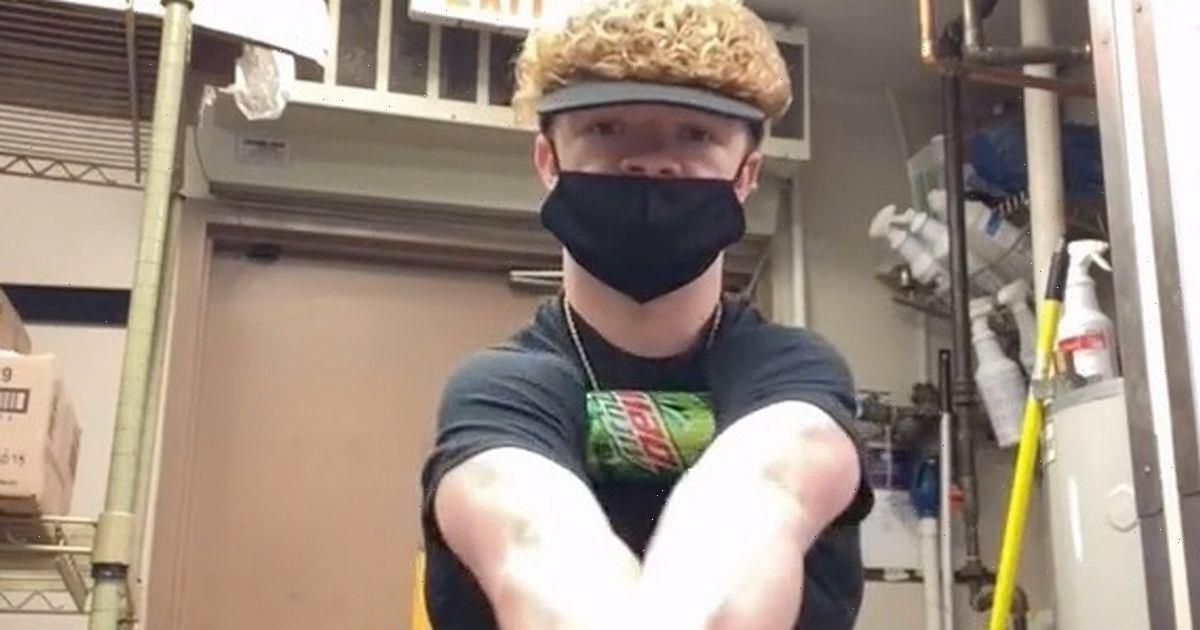 A man born with no collarbones impressed fans as he crushed a can of fizz with his shoulders.

Corey Bennett has Cleidocranial Dysplasia (CCD), a rare genetic disorder that affects the development of bones, skull and teeth.

Much like Stranger Things actor Gaten Matarazzo, who plays Dustin Henderson, Corey is without collarbones due to the condition.

READ MORE: Woman gets handprint tattoo on bum and everyone is saying the same thing

The aptly self-titled 'Collarbone-less Corey' has racked up 160,000 TikTok followers thanks to his stunts that include 'clapping' his shoulders together.

This time, the lad has got some new tricks up his sleeve.

In the viral clip, Corey filmed himself in the kitchen while on shift at fast food chain Taco Bell.

The apron and face mask wearing lad said: "So many people keep asking me to crush cans with my shoulders, I've done videos like that before but I got a bunch of new followers.

"So here it goes again."

Armed with an empty can of Mountain Dew, Corey put the green tin between his shoulders.

Remarkably, the collarbone-less lad pushed his shoulders together which crushed the can in only a few seconds.

He then casually removed the can that hooked onto his black top, as he giggled with a staff member that got in the way of the clip.

Stunned at Corey's can crushing ability, many people fled to the comments to praise his lack of collarbone fuelled antics.

One person commented: "That caught me off guard."

Another user added: "Your ability is so cool bro."

While a third gasped: "What in the."

Someone else fretted: "I thought u just broke your whole f***ing body."

Meanwhile, a fifth person noted: "The can crusher."

Corey is not the only one who has found internet fame through having no collarbones.

Mum Danielle amazed her TikTok fans as she showed off her 'party trick'. With ease, the parent who has the same condition as Corey appeared to fold her body in half.