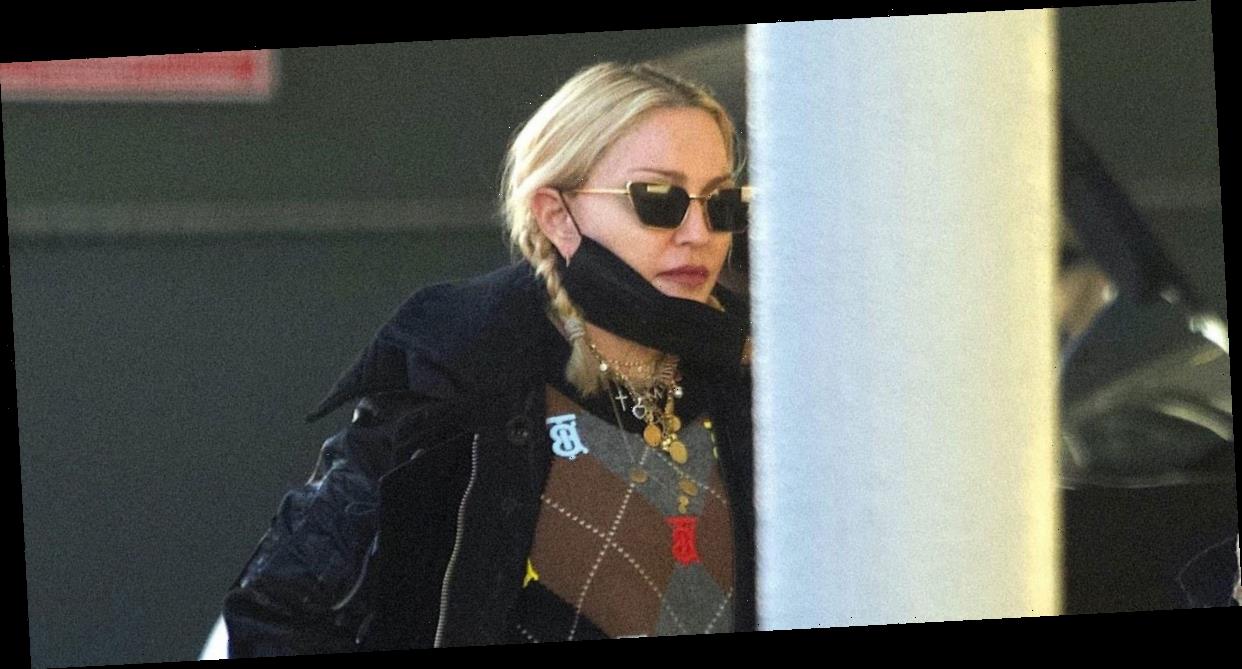 Madonna made a rare appearance out in LA after allegedly filming a Netflix documentary about her Madame X tour. And while it's impossible to miss a Madonna sighting, we must admit she was wearing a rather un-Madonna-like outfit.

Sure, it is very her to wear combat boots with white laces, a bomber jacket, a graffiti phone case, and layers of gold chains. But the centerpiece of her look was a Burberry argyle sweater with rainbow logo lettering throughout. Argyle sweater vests have for too long been reserved for stereotypical nerd or grandma tropes on television. Clearly, though, they were meant for bigger and better things, as pop stars like Harry Styles and now Madonna have adopted the misunderstood staple.

While Madonna's exact sweater doesn't seem to be available online, the trend hasn't yet appeared to have made its way into the mainstream just yet either. There's actually still not that many argyle sweater or sweater vests available at major retailers. But you can get one for as little as $45 or as high as $418 at Nordstrom. And of course a variety are available on Amazon starting at $19 and have started to make their way onto fashion Instagrams everywhere.

Apparently 2021 fashion trends are all about expecting the unexpected, so excuse us while we stock up on leg warmers, socks with sandals, colorful Ugg boots, and sweater vests. We guess that's what the pop star uniform looks like these days.