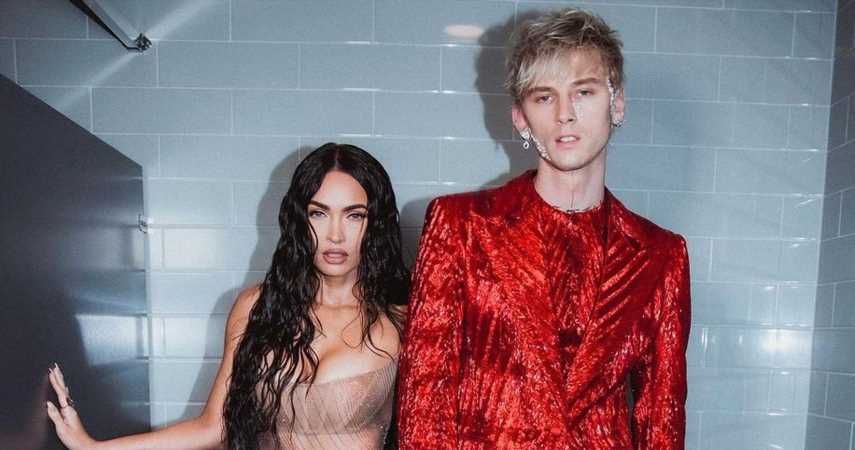 Machine Gun Kelly and Megan Fox have been dating for just over two years, and have sparked a whole lot of media attention along the way. The two haven’t been able to keep their hands off one another and have been entertaining fans with their non-sop public displays of affection each time they step out together. After making a name for themselves as one of the most risque couples in Hollywood, it seems they’re ready to take their relationship to the next level. Machine Gun Kelly has just proposed to Megan Fox and he opted for a very unique Stephen Webster ring that’s valued at nearly $400,000.

RELATED: 5 Enormous And Most Expensive Engagement Rings On ‘The Bachelor’

Megan Fox, and Colson Baker, known best by his stage name Machine Gun Kelly, have had a very busy couple of years. Since they first began dating, they have made a series of public appearances together, and have lit up every red carpet that they have walked with their vibrant outfits, PDA, and wild stories of their recent shenanigans.

On January 11th, 2022, Colson Baker got down on one knee and proposed to Megan Fox in a magical, romantic moment that was captured on video for the world to see. He carefully selected the location, proposing to Fox under a banyan tree that carries deep meaning and fond memories for them both. The deep meaning and symbolism didn’t stop there. The massive ring he chose for his wife-to-be has followed the same symbolic theme.

There is nothing ordinary about the ring that Megan Fox has on her finger. Machine Gun Kelly went to extra lengths to ensure her ring was deeply meaningful and personally crafted. Highly esteemed British designer Stephen Webster was entrusted to custom create this very special ring, which is a display of two gorgeous stones.

This completely original ring design reflects a ‘toi et moi’ design and blends Colson and Megan’s birthstones. The diamond reflects Colson’s incredible gemstone, and the emerald was dedicated to Megan. The two stones are set in a pear shaped formation and are affixed to a magnetic band of thorns. Explaining the deep significance of this artistic element, Megan Fox took to Instagram to explain that the thorns “draw together as two halves of the same soul forming the obscure heart that is our love.”

All eyes are on the newly engaged couple as fans sit in wonder about the unique elements that will be carried into their wedding day.

READ NEXT: Inside The $50 Million Legacy That Bob Saget Left Behind