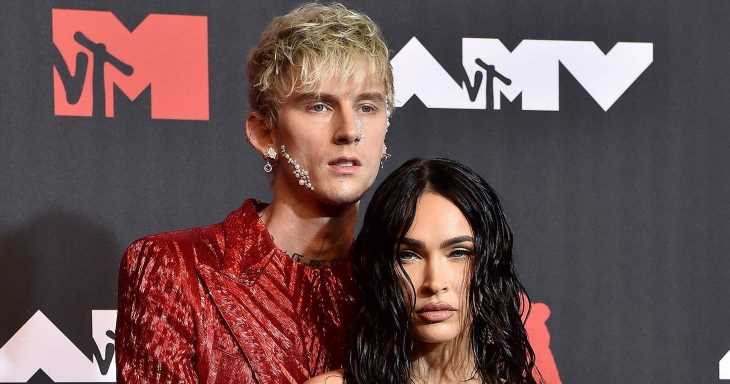 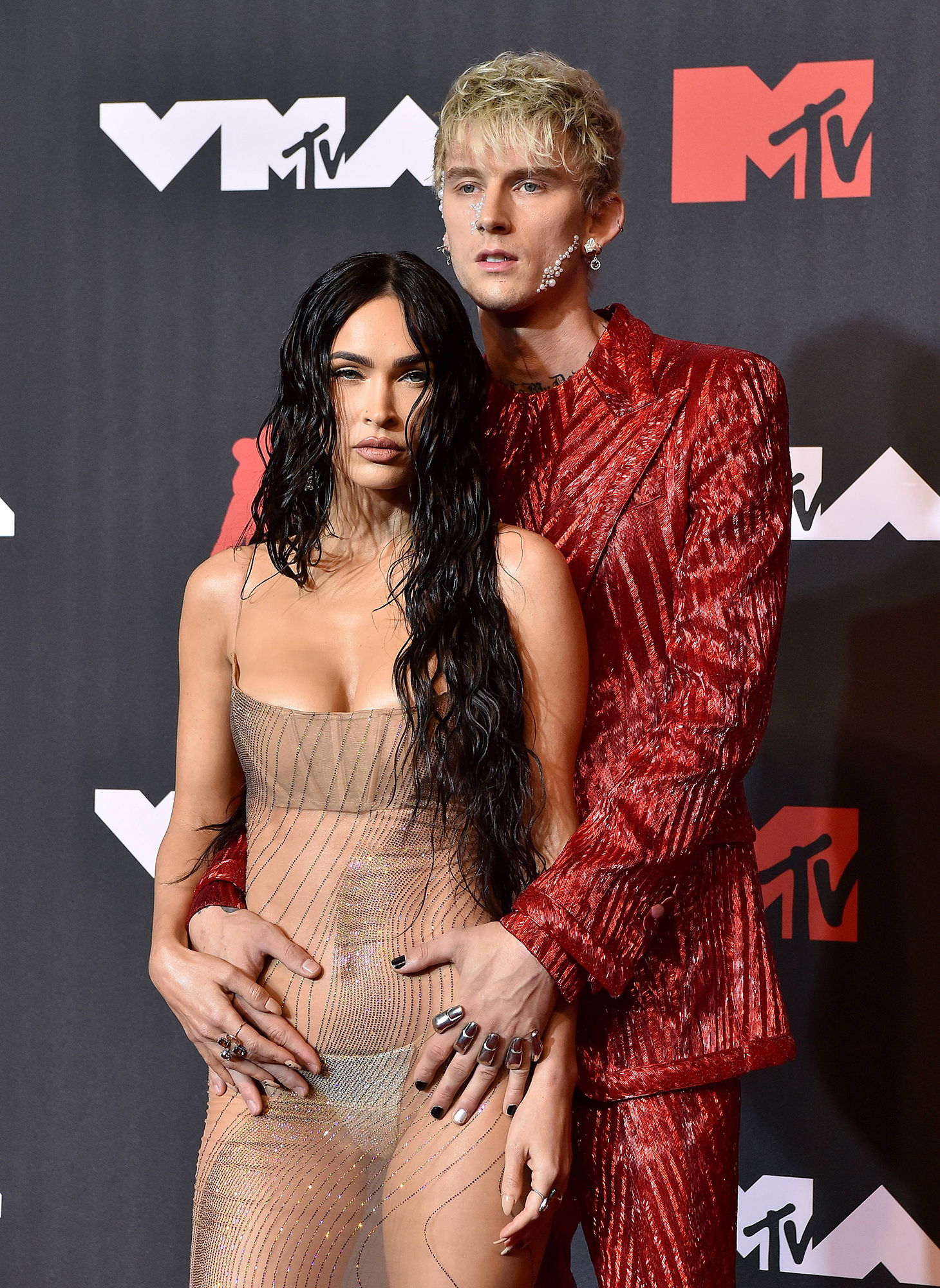 Lovestruck from the first moment they met! Before Machine Gun Kelly and Megan Fox connected, he was eager to meet — and work with — the Tennessee native.

“We were filming a movie [Midnight in the Switchgrass], which ironically [was] the only reason I took the movie was because they were like, ‘Your scenes with Megan Fox,’ and I was like, ‘I’ll take the movie,’” the “Bloody Valentine” rapper, 31, revealed on the Drew Barrymore Show on Friday, December 10, while painting host Drew Barrymore’s nails. “I stayed outside the trailer, and my gut is always right and I’m grateful for it because for some reason I knew she would invite me for lunch.”

The Dirt star continued at the time: “Then, all of a sudden, someone came over and was like, ‘Megan wants to know if you want to have lunch in her trailer.’ And I was like, ‘Oh my God, I’m so surprised. Yeah, absolutely.’ I went in there and she said, ‘How do you feel?’ And I said, ‘I’m lost.’”

The Texas native then explained that the Jennifer’s Body star, 35, replied, “Well, let’s find you.”

That response impressed her future boyfriend. MGK told the 50 First Dates star, 46, that the line “killed me. She was cupid.”

After the pair connected on the set of the Randall Emmett-directed picture in March 2020, they started dating two months later amid her separation from Brian Austin Green. (Fox and the BH90210 alum, 48, share sons Noah, 9, Bodhi, 7, and Journey, 5.)

“Megan and MGK have gotten more serious and are officially dating and referring to one another as boyfriend and girlfriend,” a source exclusively told Us Weekly in June 2020. “They’re enjoying spending more and more time together and have a strong connection.”

Since then, the duo’s PDA-filled romance has continued to heat up, though Kelly (real name Colson Baker) hasn’t forgotten that he’s dating his teenage crush.

“You know what the dream was? It was exactly what happened to me [at the Billboard Music Awards], which was to go to an awards show, shut down the carpet, go onstage, accept an award,” the “Till I Die” rapper told GQ in July, admitting he once had a poster of the Transformers star hanging up on his bedroom wall. “It has nothing to do with the award. I saw a British GQ article that came out this morning that basically was like, ‘Despite the fact that BTS was there, The Weeknd was there, Drake was there, the talk of the show was [us].’ That overzealous, overconfident 15-year-old must have known that it was attainable, even though everyone else was like, ‘You’re out of your white-boy-rapping mind.’ No one is sitting in math class thinking that [the next] Drake is sitting next to them.”

Earlier this month, the Last Son actor even wore a shirt with his love’s face on it while discussing on his injury-laden attempts to win her affections.

“I was holding it together,” he revealed on the December 1 episode of The Tonight Show Starring Jimmy Fallon. “It was a bad night. Travis [Barker] got me this knife that had an engravement from the new album on it, and I was like, ‘Check this out. This is sick.’ And I threw it up, and it stuck in my hand. You know how you throw it up, and you’re supposed to catch it? I looked at [Megan], and I was like, ‘Check this out.’ And then the next morning as soon as she left, I was like, ‘Yo, I need stitches real quick. I’ve got a bruised coccyx and a knife in my hand.’”