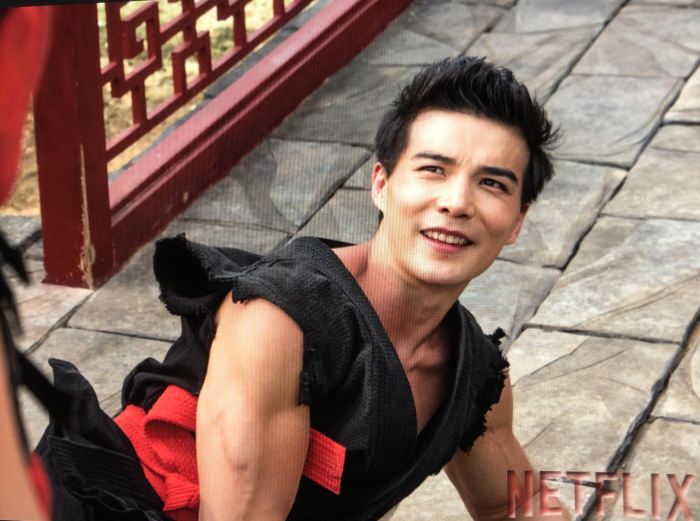 Chinese-Canadian actor Ludi Lin is currently in negotiations with New Line Cinema to play the role of Liu Kang in “Mortal Kombat,” its upcoming live-action version of the video game, Variety has learned.

Lin comes to the role fresh off the perfect warmup: He most recently played the kung fu ace Lance in the Season 5 “Black Mirror” episode “Striking Vipers,” an Asian fighter within the world of an indisputably Mortal Kombat-inspired videogame central to the story.

Liu Kang is one of the seven original characters introduced in the first “Mortal Kombat” game, released in 1992 by Midway. The plot of the new reboot is still unknown, but game centered on the story of Liu Kang, a Shaolin monk with a resemblance to Bruce Lee known for his flying kicks, who tries to save the Earth by fighting for supremacy in a tournament.

New Line’s 1995 film adaptation of the game was a critical bomb, but still grossed more than $120 million globally. Its 1997 sequel, “Mortal Kombat: Annihilation,” went on to gross $50 million. Warner Brothers bought the Midway Games assets in 2009 in bankruptcy court.

Produced by James Wan and helmed by commercial director Simon McQuoid, this new film version is expected to release in March of 2021. It is currently in pre-production and will begin shooting in Adelaide later this year, where it is set to be the biggest production in South Australia’s state history.

Lin was born in China’s coastal Fujian province, educated in Australia, and is now a Canadian citizen. He was named one of Variety’s “Seven Asian Actors to Watch” last year. His other recent roles include Captain Murk in last year’s James Wan-directed “Aquaman” and Zack, the black ranger in Lionsgate’s 2017 “Power Rangers,” as well as appearances in Netflix’s “Marco Polo” and China’s hit blockbuster “Monster Hunt.”

His upcoming projects include biographical drama “Son of the South,” which counts Spike Lee among its executive producers, Netflix’s Chinese-language original six-part series “The Ghost Bride,” and two other Chinese projects: a local remake of Amazon/AMC’s “Humans” and the feature film “Summer Knight.”

Lin’s representatives at CAA declined to comment. Warner Brothers and New Line had not yet responded to requests for comment at the time of publication.