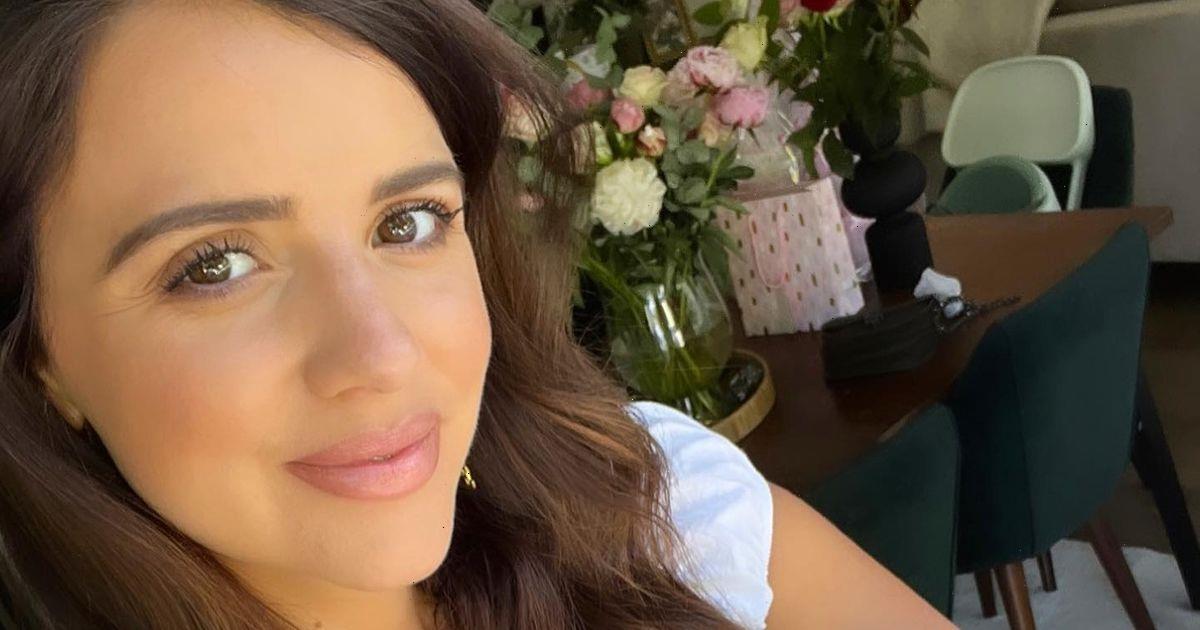 Three weeks after welcoming her into the world, Lucy Mecklenburgh and Ryan Thomas have finally revealed the name of their adorable baby girl.

Announcing the news in a heartwarming Instagram post, Lucy shared a picture of her wide eyed youngster as she stared up at the camera.

Alongside the snap of the smiling tot, Lucy updated fans on her baby's name as she captioned the post: “Yay!! I finally have a name!!!”

The former TOWIE star, who gave birth late last month, then went on to announce that her newborn’s name is Lilah Rae Thomas.

But what is the meaning behind the adorable infant's new name? A unique and feminine moniker, Lilah is a name with roots in both Arabic and Hebrew, with multiple translations indicating it means “delicate”, “night” and “night beauty”.

In Hebrew, Lilah relates to the biblical name Delilah, which means “delicate”, whereas in Arabic the name originates from Leila, which means “night beauty”.

In either case, the name is a soft and melodic name that has seen a growing popularity in recent years.

Rae is also another unique name, with a wealth of different meanings in different languages, according to parenting website FirstCry.

It means “Grace” in Scottish, “Doe” in English, “Wise Protection” in German, and “Beautiful or Unique” in Spanish.

It also has a strong Hebrew origin too, with the word meaning “Ewe”, while also stemming from the biblical name Rachel.

According to the website, the name is best suited to “ compliment the personality of a dainty and sweet girl” while also emphasising that she will have a “pleasing yet confident personality”. Since revealing the name, plenty of fans have flooded the star’s comments with messages of support and congratulations, with many sharing their love for the chosen names.

“Stunning name my niece is called Lilah too,” wrote one fan.

While another added: “Beautiful name for a beautiful baby girl.”

“Awww she’s so Adorable, I love her name!” wrote a third,

While a fourth also echoed the sentiment alongside countless others as she wrote: “Beautiful name for your perfect bubba!!”

Little Lilah Rae is the second child that parents Lucy and Ryan share together, with their son Roman, 2, taking on the role of big brother to the new arrival.

The pair previously revealed that they were finding it "really difficult" to name the new arrival. While filming an advert for ChloBo Jewellery, which sells necklaces and bracelets marked with initials, Lucy said that she "can't wait to order another bracelet when I have named my little girl.” Lilah arrived a little later than planned, and Lucy previously updated fans on social media as sheposted about her daughter's birth.

She wrote earlier this month: "Thank you for all your kind messages!

"To answer some of your questions she was 7 days over her due date, the birth was positive & honestly magical, Roman adores her, I'm doing really well recovery wise and she's the dream!!

"Such a content settled bubba," Lucy gushed followed by a black heart emoji.

The former TOWIE star then took questions from fans, with one fan asking about her birth experience for baby number two.

Lucy replied: "Really positive and calm, it was quite quick and so special. I was in for five days after I had Roman so to get out in six hours felt sooo surreal!

"Thank you to the NHS and my midwife @the_insta_midwife for looking after me and getting my baby here safely."

Another asked about the transition from one baby to two, with Lucy answering: "A lot easier than 0-1, it's beautiful chaos and double the love."

For the latest updates and lifestyle news, sign up to OK!'s daily celebrity newsletter.