He didn’t see that coming! Love Is Blind’s Bartise Bowden revealed that he was “shocked” that his season 3 costars Raven Ross and Sikiru “SK” Alagbada initially decided to date after the MBA student turned Raven down at the altar.

Which ‘Love Is Blind’ Couples Are Still Together?

“I was indifferent. I mean I was a little shocked because, like, first of all, I don’t think anybody thought SK was going to say no and then he did,” the accountant, 27, exclusively told Us Weekly on Monday, November 21, of his costars, who announced they had called it quits for good on Sunday, November 20. “And so it’s like, whoa. How come Raven didn’t feel how Nancy felt when [wiping] your hands clean, be done kind of thing? I think that’s what was shocking to me.”

The rollercoaster relationship between the Pilates instructor, 29, and SK, 34, made headlines throughout the third season of the Netflix reality show. The pair had many ups and downs throughout the course of their romance including the dramatic moment when SK revealed he wasn’t ready to get married and their ultimate decision to pursue a long-distance relationship after the reunion special.

‘Love Is Blind’ Season 3 Cast: Where Are They Now?

The couple announced their split on Sunday after accusations emerged that the Nigeria native was unfaithful during his romance with Raven, who initially brushed off the claims as “rumors.” Bartise shared that he hadn’t reached out to his former castmates yet wanting to give them “their space” as they deal with their breakup.

“It’s not my spot to reach out to them,” the Texas native told Us. “Like, I’ve come in between their relationship, you know, plenty of times already.” 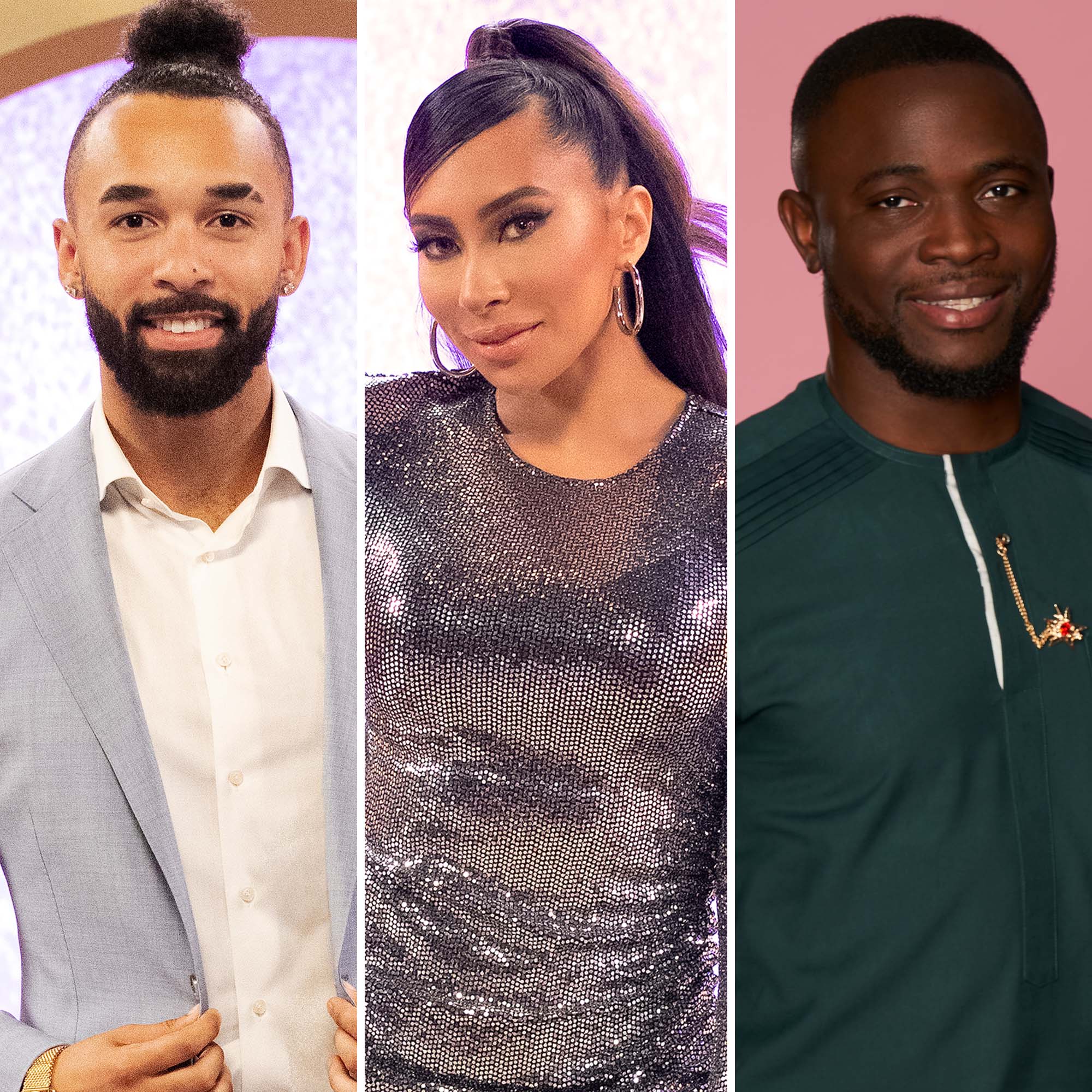 The senior analyst, for his part, also had a heated experience on the dating series. While in the pods, he formed a connection with both Nancy Rodriguez and Raven — but ultimately proposed to the speech pathologist. However, after meeting Raven in person, he admitted she was physically attractive and confessed to Nancy, 33.

“Their [Raven and SK] relationship really was, like, the most secretive I guess,” Bartise said to Us, adding, “Here’s the deal: I went through a public kind of blow up with my wedding and I know that negativity can come both ways. So my thoughts are both with Raven and SK.”

In the wedding episode, Bartise, like SK, ended up turning down his former fiancée at the altar. She accused him of gaslighting her at the time.

“I think Nancy’s justified with feeling that way,” the University of Texas alum told Us earlier in the month. “Throughout the whole process after Malibu, being in Dallas, and then even until that point, like, I could see both answers making sense, the ‘I do’ and the ‘I do not.’”

Bartise’s response to being called a gaslighter after the show surprised Nancy and she expressed how his comments made her feel to Us earlier in the month.

“That’s the first time I’ve ever heard that. So, he’s denied, denied, denied. And I’m just, like, [that] literally gave me chills right now because he hasn’t owned up to it to my face,” she confessed. “Maybe today’s conversations have really enlightened him. But it’s good for him. It’s the growth, it’s the insight. I didn’t need his apology. … Like I said, I shut him out of my life to be able to heal from what he did.”