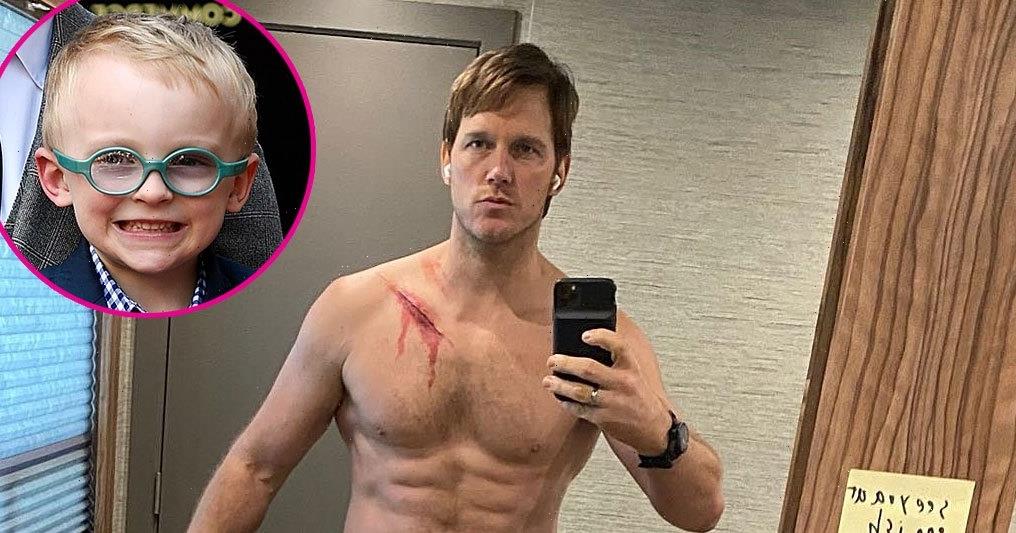 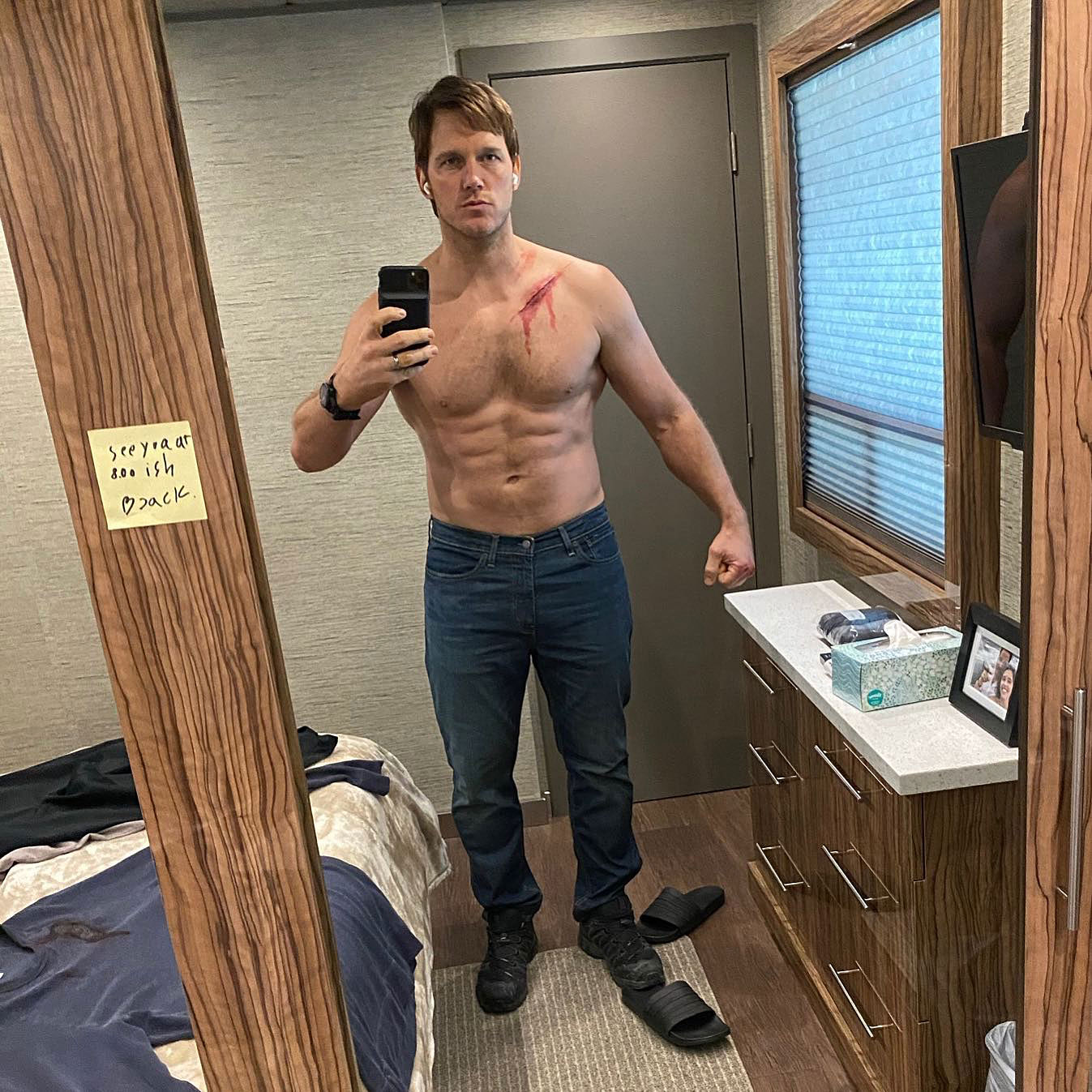 Nice try, Star-Lord. Chris Pratt posted a shirtless selfie from set, but his son, Jack, managed to steal all the spotlight — and he wasn’t even in the photo.

The Jurassic World: Dominion star, 43, shared an Instagram snap from the set of his Amazon series, The Terminal List, on Monday, July 18. His caption — “Lookin cut” — referenced both his sculpted torso and a prosthetic injury on his chest, but followers were quick to notice something else in the frame.

Jack, 9, had left his dad a Post-it note with the message, “See ya at 8:00ish,” signing it with a heart and his name. The Parks and Recreation alum shares the little one with ex-wife Anna Faris.

Some of Pratt’s followers were intrigued by his workout plan, but many were more enthralled by the adorable message. “The note from Jack 😍,” wrote one Instagram user. “Awe the little note on the mirror,” added another.

The Guardians of the Galaxy star’s brother-in-law Patrick Schwarzenegger also chimed in, writing, “See yah at 8 ish 😂😂😂 jackkkooo.” The Midnight Sun actor, 28, is the younger brother of Katherine Schwarzenegger, whom Pratt married in 2019. 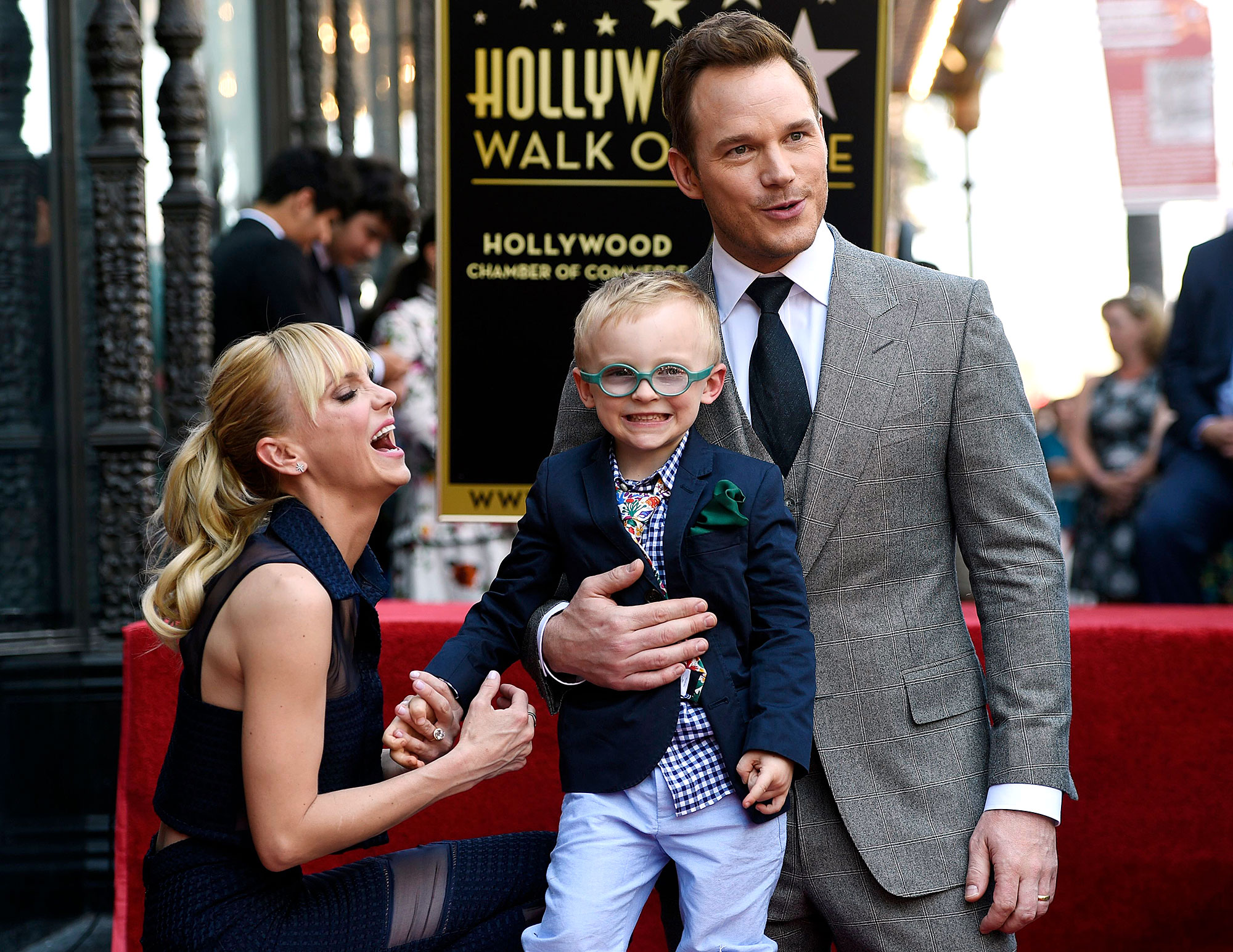 The snap also garnered a comment from The Sunday Paper, which is Maria Shriver‘s newsletter. “The note from Jack ❤️,” read a message from the account. (The Emmy winner, 66, is the mother of Patrick and Katherine, 32, as well as Christina, 30, and Christopher, 24.)

The Gift of Forgiveness author and the Minnesota native share two daughters: Lyla, 23 months, and Eloise, who was born on May 21.

Pratt’s daughters are still too young to watch most of his films, but Jack is a huge fan. Last year, the Passengers actor revealed that his son is particularly enthusiastic about The Lego Movie and Jurassic World.

“He sees all of my movies. Even the ones that he shouldn’t see. He’s a great critic,” the Moneyball star said during a May 2021 appearance on The Ellen DeGeneres Show. “He’s started to become sort of a movie buff. He watches movies all the time, that’s like our thing that we do.”

Earlier this year, Pratt joked that his diet had been negatively influenced by his children’s palates. “Lately I’ve been eating a lot of pizza and everything off my kids’ plates,” he told E! News in June. “I cook them lunch and they only eat half and I think, ‘Well, calories don’t count if it was on their plate.’ It’s a lot of chicken nuggets and fries and tater tots.”