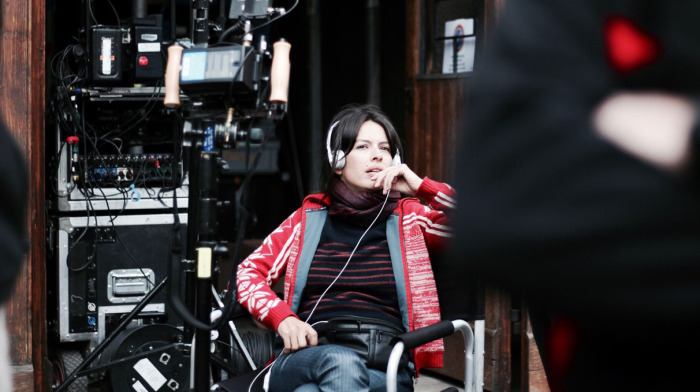 The second feature from Peru-born and Switzerland-based filmmaker will receive its world premiere at the Locarno Festival in its Filmmakers of the Present competition, which focuses on first and second features.

Summertime Intl. is the world sales agent, excluding and Lichtenstein and Switzerland. The film, also written by Reynicke, will be distributed in Switzerland by First Hand Films.

“In our atomized society, a discomfort in human relationships is more and more an everyday issue,” said Francesca Manno, Summerside Intl. CEO an managing director.

“Klaudia is one of the most interesting female directors of her generation,” Manno added, noting her “very peculiar perspective on things and interactions, which is visionary and very direct at the same time. Her story telling is distinctive. Tiziana is a great producer and has demonstrated a forward-looking approach in all her previous works.”

An comedic drama, “Love Me Tenders” centers on Seconda, played by Italian actress Barbara Giordano (“Wondrous Boccaccio,” “1994”) a now 32-year-old who has to conquer her agoraphobia when suddenly abandoned at her family home by her feckless father.

Once outside, she faces further challenges, including a pesky child who appears to have taken a dislike to her, and two oddballs: a debt collector come would-be suitor (Gilles Privat, “Just a Sigh”), a shifty bottle collector (Antonio Bannò, “Go Home – A Casa Loro”) – tests her once more.

“Non-conformist superheroes have always inspired me: the ones who stand out for their excess of humanity, their mistakes, their fears. This type of superhero or anti-superhero are difficult to find in the feminine gender. So I decided to create one,” Reynicke

She added: “Her story is that of a life journey, an existential quest, a passage that other people may make at one time or another in their lives.”

Reynicke attended the Tisch School of Arts at New York U., where she directed her first short. Her first feature, 2016’s “El nido,” was also selected for the Locarno Festival’s Filmmakers of the Present competition.