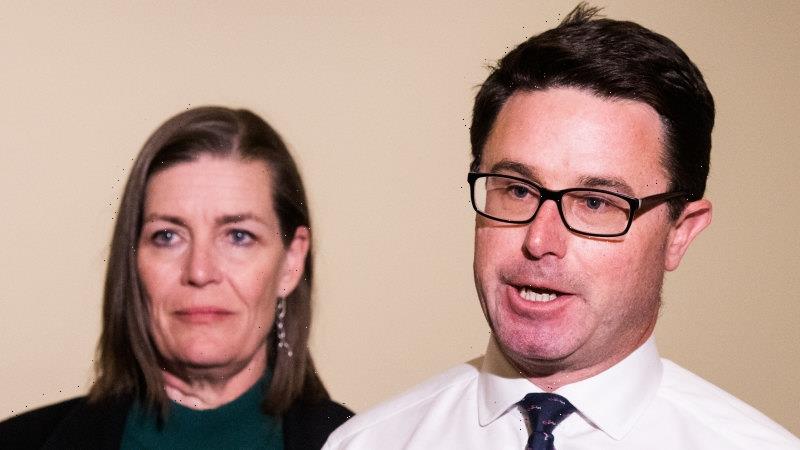 New Nationals leader David Littleproud has promised to reset his party’s agenda to end the climate wars and pursue instead a market-based solution to guide farmers through the challenges of global warming.

Littleproud, a former agribusiness banker who followed in his father’s footsteps to enter politics in 2016, successfully challenged Barnaby Joyce for the top job on Monday. 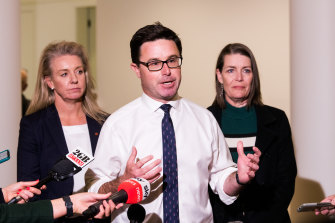 David Littleproud, with senator Bridget McKenzie (left) and new deputy Perin Davey, says he believes co-operating with the Liberals on climate change is the only path back to government for the Nationals. Credit:James Brickwood

“This is the proudest day of my professional life,” Littleproud said when he addressed the media for the first time as leader on Monday.

At first glance it appears a bitter harvest for Joyce, with the party he led retaining all its seats at the federal election amid a wipeout for the Liberals. But the Nationals suffered swings against them in 12 of their 16 lower house seats, and four MPs who held safe seats now cling to slim margins.

Several deposed Liberal MPs have said Joyce’s reputation as a fossil-fuel enthusiast was so toxic in Liberal electorates that it killed the Coalition’s chances of regaining government. Others say the Coalition copped a backlash after Queensland Nationals senator Matt Canavan declared net zero emissions “dead” in the middle of the election campaign and the new member for Flynn, Colin Boyce, called it a “flexible” plan.

Littleproud, who represents the sprawling western Queensland electorate of Maranoa, made it clear on Monday that he believed co-operating with the Liberals on climate change was the only path back to government for the Nationals.

“A sensible centre is where you win elections, not chasing extremities going down rabbit holes. Chasing extremes doesn’t work.”

He told this masthead the Nationals were committed to hitting net zero greenhouse emissions by 2050 because it was needed to maintain market access for rural Australia’s export industries.

“It was not a policy that the Libs set, it was one the Coalition signed up to,” he said. “We don’t get to set the rules of international markets, we have to participate.”

After being voted into federal parliament at the 2016 election aged 41, Littleproud rose rapidly to become agriculture and water minister the following year, before being elected deputy leader of the Nationals in 2020.

His signature policy as agriculture minister, still being trialled, is a market-based payment system for farmers.

Landholders earn credits for boosting biodiversity by protecting and regrowing native habitats on their land, and for sequestering carbon by improving soil health and growing native vegetation. Credits can be sold to companies that want to offset the impacts of their activities or enhance their green image.

“The stewardship program is a world first that I put in place where farmers can be part of the solution and be rewarded financially,” Littleproud said.

Joyce congratulated Littleproud and said he would give the new leadership team, which includes Perin Davey as deputy, “all the support I can”.

“I suppose you think I am sad. Not really,” he said.