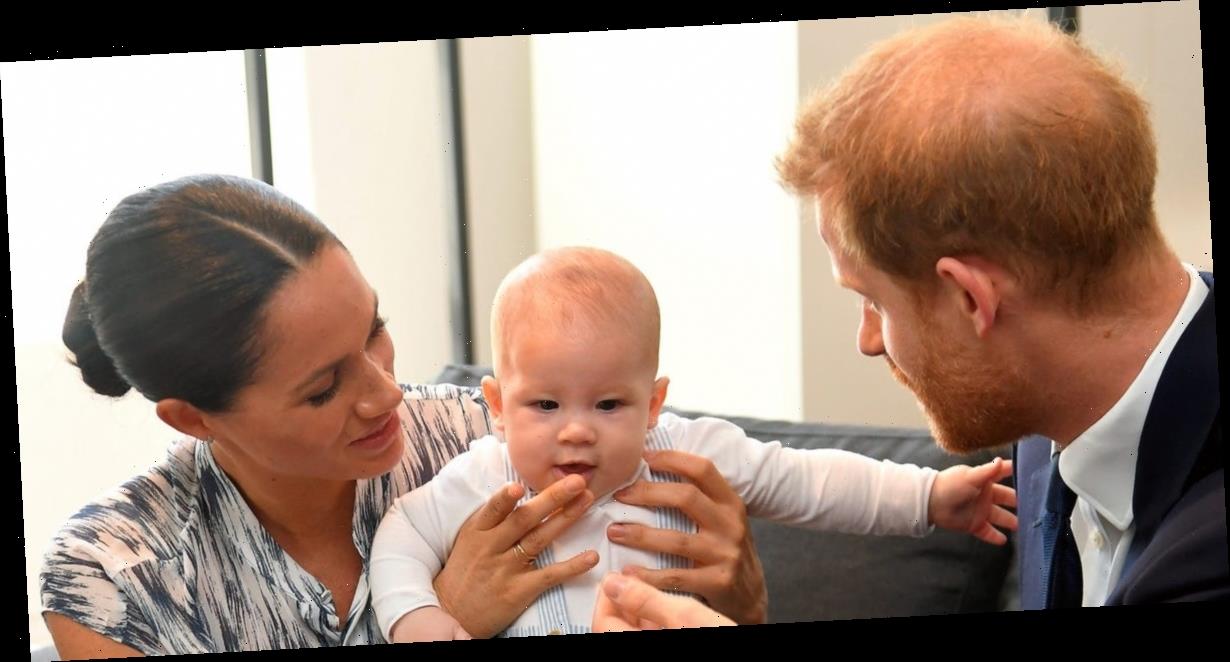 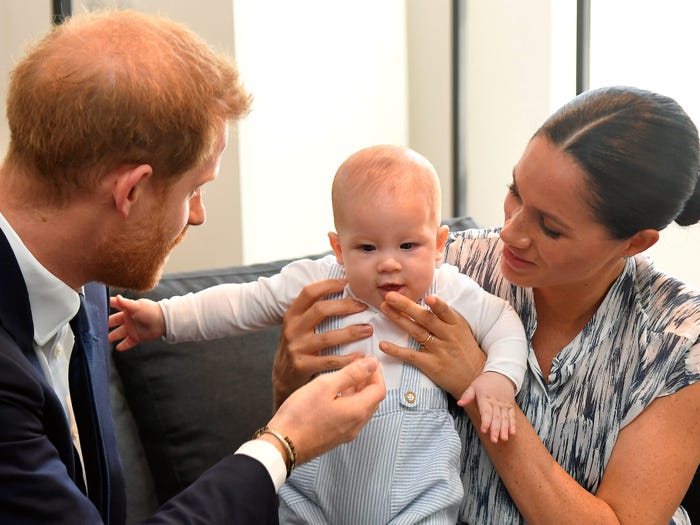 The Duke and Duchess of Sussex have released the star-studded first episode of their new podcast, Archewell Audio — and it includes a clip of Archie Harrison speaking.

Archie, who celebrated his first birthday in May, makes an appearance towards the end of the episode, joining his parents in wishing fans a happy new year. It's the first time the little one has been heard speaking publicly.

"You can speak into it," Harry can be heard telling Archie of the microphone.

"After me, ready? Happy…" Harry says, and Archie repeats the word.

The couple then encourage him to say "happy new year," which he does — followed by an outburst of laughter from the trio.

You can listen to the moment below, starting at the 31:56 mark:

The Daily Mail's royal editor Rebecca English tweeted that Archie "very much has an American accent" after listening to the audio.

Harry and Markle also shared a special detail about their royal wedding in 2018 during the episode.

The couple played a clip of the song, "This Little Light of Mine," at the end of the episode (around the 30:27 mark), which was the song the couple chose for their wedding because of its message.

"'This Little Light of Mine' played at the very end of our wedding while we were walking down the steps of the church. It was the music that we wanted playing when we started our lives together. Because as we all know, 'darkness cannot drive out darkness, only light can do that,'" the duchess said.

Harry added: "The message of this song is one we hold so dearly. It's about using the power we each have within us to make this world a better place."

Spotify announced news of its partnership with Harry and Markle earlier in December, saying that the holiday special "will feature stories of hope and compassion from inspirational guests in celebration of the new year."

The podcast, Archewell Audio, is named for their charitable foundation of the same name. The Sussexes announced plans to launch the charity back in April, and confirmed that it was named after their son.

"Before SussexRoyal, came the idea of 'Arche' — the Greek word meaning 'source of action.' We connected to this concept for the charitable organization we hoped to build one day, and it became the inspiration for our son's name," the couple said in a statement.

"To do something of meaning, to do something that matters. Archewell is a name that combines an ancient word for strength and action, and another that evokes the deep resources we each must draw upon. We look forward to launching Archewell when the time is right," they added.

Listen to the full 2020 Archewell Audio holiday special on Spotify