Beauty is pain! Lily Collins may have had quite the insane wardrobe to choose from while filming Emily in Paris, but there’s one thing she could have done without: high heels.

The 33-year-old actress revealed on a Tuesday, March 22, episode of The Tonight Show Starring Jimmy Fallon that walking around the cobblestone streets of Paris in stilettos required her to go to the doctor pretty frequently.

“I actually literally went to a podiatrist every week to fix my feet because I was wearing heels all the time,” she told Jimmy Fallon. “I had to have, like, insoles made for every pair of shoes.” 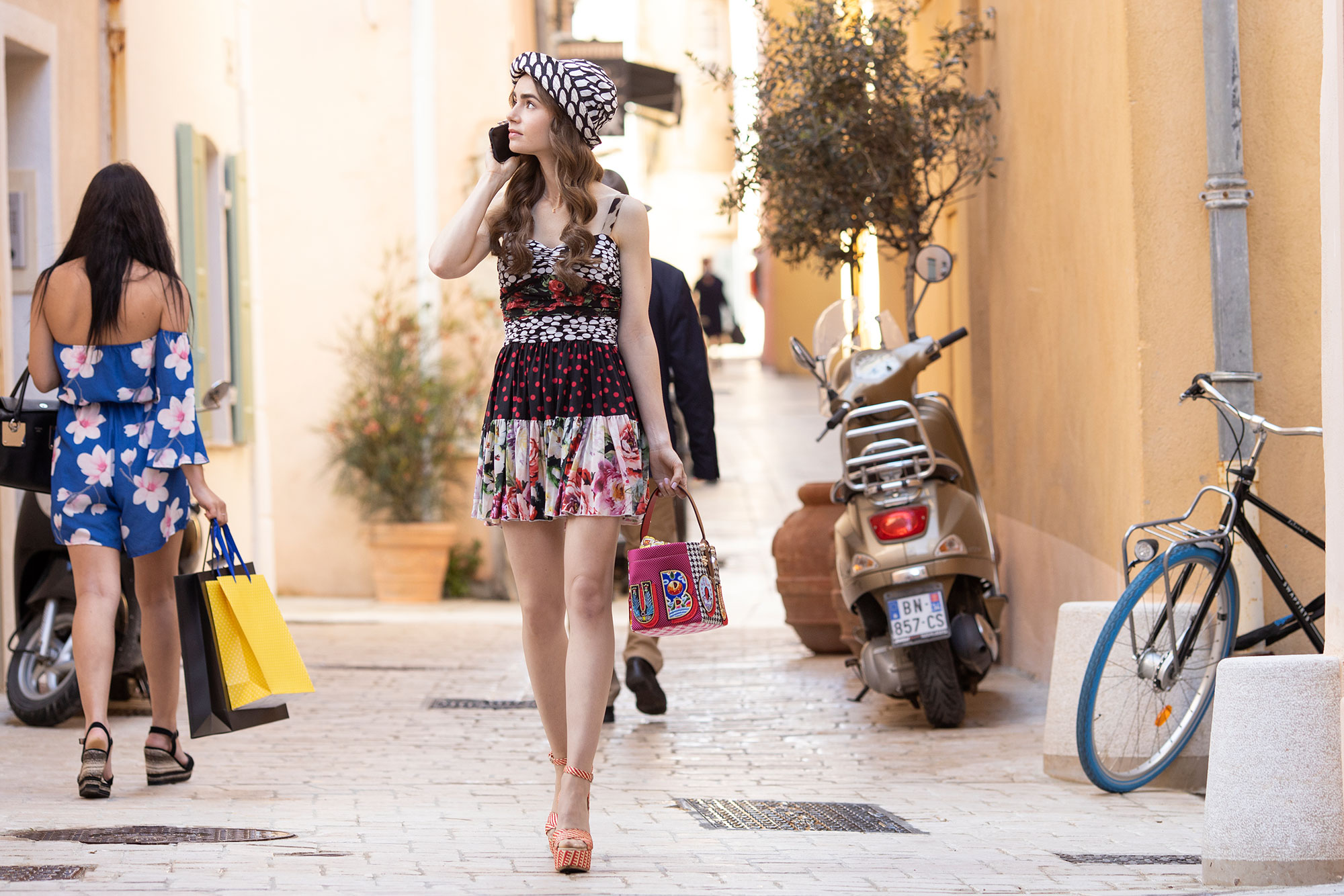 So, while she’s game to do spinoff shows where Emily Cooper immerses herself in different cities, she has one request. The producers either have to pick locations with flat streets or swap out her shoes.“Emily in Flats,” she joked on the show. “Why not?”

While the Love, Rosie star was likely ready to say goodbye and good riddance to the heels in the wardrobe closet, she did try to keep some of the fabulous dresses that made their grand debut in season two of the series.

“I didn’t keep anything this season,” she told Vogue Australia in a November 2021 interview. “Believe me, I’ve asked.” As for what items made her list?

While there were some tiny Prada purses and sparkly items that were “funny and sweet,” it was the “epic” gowns (read: the Giambattista Valli tulle number) from the few final episodes that she was really vying for.

“The brightness and boldness and fun and ease of humor Emily has in her wardrobe enhances her personality, especially coming out of Covid where comfort was everything,” she said in the interview. “Not everything felt super comfortable after Covid, but it was really nice to have fun with fashion again in the most heightened way possible.”

Even though fans of the show and social media fanatics love to hate on Emily’s fashion sense, costume designer Patricia Fields said that the kitschy vibe is a very conscious choice. In a letter penned for InStyle, Fields explained that she intentionally emphasized the fact that Collins play a Midwesterner.

“Emily is an optimist and she would be very excited to be an American in Paris,” she wrote. “So to me, it just made sense that she would put on a blouse that had the Eiffel Tower on it or carry a Mona Lisa bag or throw on a beret.”