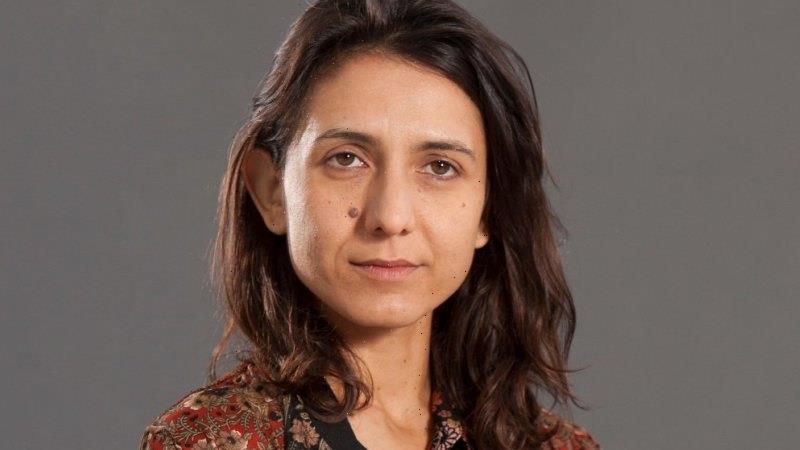 Ottessa Moshfegh’s jam is conjuring broken, unlikeable protagonists who lurch through the world leaving ruin in their wake. McGlue, the author’s 2014 novella, a 19th-century dirge, featured a gay, drunken sailor who possibly murdered his best friend. Moshfegh’s 2015 debut novel, Eileen, shortlisted for the Booker Prize, centred around a self-loathing petty criminal. In her acclaimed 2019 book My Year of Rest and Relaxation, we became unfortunate observers of the interior life of a lazy misanthrope locked away in a year-long drug-induced self-exile.

In Moshfegh’s latest novel, Lapvona, the author trades her distinctive first-person voice to introduce a conga line of fringe-dwellers who live in the post-plague medieval village of Lapvona, where subsistence is tough, and life is cheap. It proves a setting ripe for Moshfegh to gleefully indulge her appreciation for the grotesque; just don’t expect her to conform to historical accuracy. 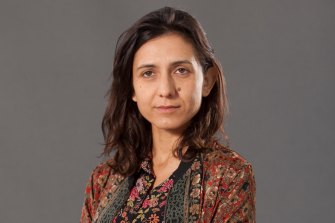 Teenage anti-hero Marek lives with his physically and emotionally abusive father Jude, a shepherd who detests his bastard son and prefers the company of his lambs. With a face not even a mother could love, but with a searing Oedipus complex to boot, Marek has “grown crookedly, his spine twisted in the middle” with a “misshapen head”. He is a failed abortion attempt and the offspring of incest. Marek believes his mother Agata died birthing him; in fact, she ran away to a nunnery and later makes a surprise return in Marek’s life.

The boy is in love with pain: “He lived for hardship. It gave him cause to prove himself superior to his mortal suffering.” In his search for a maternal figure, Marek suckles the withered and blind witch, Ina, once the village wet nurse, whose milk is long dried up.

Lapvona’s serfs are ruled over by the corrupt lord, Villiam, a lazy, self-obsessed man-child who makes a sport of humiliating his servants and believes “Terror and grief [are] good for morale”. Villiam is pandered to by the sycophantic priest, Father Barnabas, whose “head was soft, as though the fat in his face had travelled upward and collected there” and who loves “not the Christ but himself and the thrill of keeping people in line”. With the priest’s encouragement, the lord swindles his subjects and secretly hires bandits to sack the village at any sign of insurrection.

The predictable rhythm of life in Lapvona begins to unravel when Marek murders – or is it an accident – Villiam’s dashing son, Jacob. To settle the score, Villiam trades his dead son for Marek. Jacob’s death invokes supernatural consequences: rain ceases to fall, plunging the once fertile village – “Lapvona dirt is good dirt” – into a long, harsh drought and famine. Many locals starve and die, while others survive by eating “dead bees, bats, vermin, dirt … desiccated cakes of animal dung” and finally – because Moshfegh can’t resist the temptation to horrify – each other.

Meanwhile, a bountiful life carries on for Villiam and his crew, with the village’s water diverted to the manor, and Marek is propelled from a life of squalor to being anointed the lord’s son and heir, sinking into gluttony and indolence.

From this point in the novel, Moshfegh unleashes a cacophony of plot twists and gore that would make Shakespeare blush. She treats us to headless torsos, disembowelling, hanging, cannibalism, rape, human excrement, floods, fire, incest, death by poisoning, a virgin birth and human sacrifice. A parade of monstrous characters mines the depths of depravity; the antics in Lapvona recall the writing of the Marquis de Sade, except in Moshfegh’s novel, it spills over into the absurd; she bludgeons the reader to the point of desensitisation.

If your stomach holds up, it’s a wild ride. Lapvona can be read as an attempted parable about human power, corruption and greed that in its excesses, descends into farce, overshadowing any point that Moshfegh is trying to make.

Alternatively, looking through the lens of the author’s earlier writing, in particular, the pointlessness of My Year of Rest and Relaxation, perhaps Moshfegh is pushing the boundaries of existential nihilism, invoking Nietzsche, “God is dead. God remains dead. And we have killed him. How shall we comfort ourselves, the murderers of all murderers … who will wipe this blood off us?”

When the drought breaks, life in Lapvona begins to return to normal. “Nobody spoke of the people they’d eaten, though the absence of certain families was acute at Sunday Mass – half the pews sat empty … The rains had washed the blood off their hands … and cleaned the village of its summer stench of death.”

Lapvona by Ottessa Moshfegh is published by Jonathan Cape, $32.99.