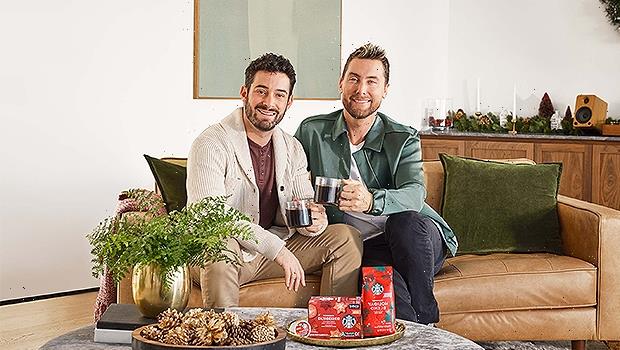 Lance Bass & his husband Michael were so excited to celebrate their favorite holiday, Halloween, with their newborn twins, the singer said he has ‘3 years of costumes!’

Lance Bass was hoping for Halloween babies and he got just that! The *NSYNC star joined the HollywoodLife Podcast just days shy of welcoming his newborn twins, via surrogate, and gushed over the fact his babies would be here in time for his favorite holiday. “Of course I secretly wanted Halloween babies, but I wasn’t going to force that. But it just so happened that it worked out this way,” Lance revealed to HL while discussing the Starbucks Holiday Presence Exchange. “Originally, their due date was November 6, so I was kind of disappointed they were going to miss it by just a week. But, apparently twins come really early, so here we are. We have Halloween babies!”

If you were concerned Lance and his husband Michael Turchin wouldn’t be prepared for Halloween with their newborn twins, Violet and Alexander, have no fear! “We have costumes for the next three years, literally. I mean, as soon as we announced we were pregnant, we got Halloween costumes sent to us from everywhere!” Lance gushed. “We probably have like, 20 different outfits that we can use for the next three years!”

When it comes to his favorite of the many choices, Lance admitted, “The babies are preemies, so they’re tiny and they don’t really make costumes for preemie babies, but my friend gave us these crocheted Han Solo and Princess Leia outfits and they’re so cute for newborns. Hopefully it won’t be swallowing them!”

Lance and his husband go out every single year for the spooky holiday, and last year, the singer celebrated by playing Rocky in a livestreamed Rock Horror Musical and going viral with his hilarious series, #LanceScares. The new dad would document himself causing his husband a fright throughout the month of October, and the quick clips were hilarious! The couple probably has their hands full with the newborns this Halloween, but we dont doubt they’ll make it one to remember. “They’re definitely going to be shoved into those outfits and lots of pictures taken!” Lance said of their plans for Oct. 31. 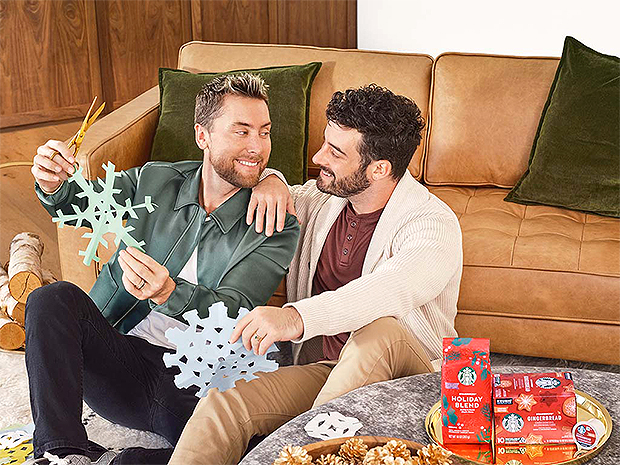 He spoke to HollywoodLife.com in anticipation of the upcoming season of giving, in partnership with Starbucks! Starbucks is transforming at-home coffee routines over the
holidays into a shared moment to be truly present with the people you love. “The past year and a half has been a little crazy for all of us and so many of us didn’t get to be with our families during the holidays last year. So this year, the ones that get to be with their families, or even virtually, we want to encourage you to be present,” Lance explained. “We’re giving you lots of great tips on how to do that. Cheerful conversations about past great memories, writing a journal entry and checking it next year and see how far your family has come and what has changed. And then, just put your phone away for a little bit and really have a meaningful conversation, put on a good soundtrack and enjoy being in front of the people that you love.”

You can visit this link for all of Starbucks’ recommendations for their Holiday Presence Exchange!