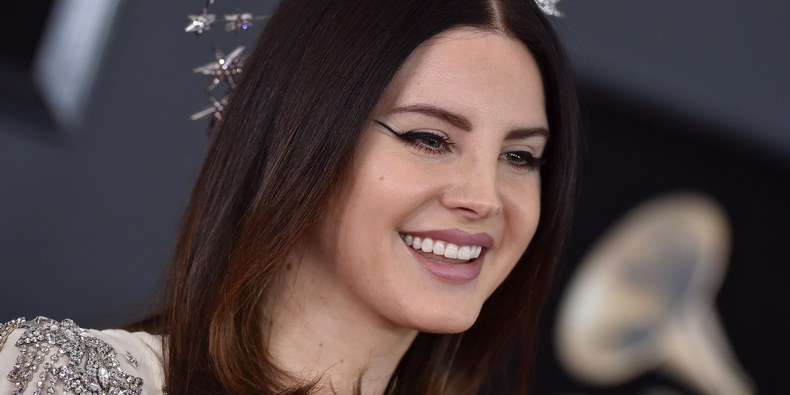 It's no secret that Priscilla Presley has been on Lana Del Rey's mood board. The pair do share a striking resemblance, and Del Rey is a noted Elvis fan, having recently contributed an original song to a documentary about the rock & roll icon. So the latest buzz around Hollywood that Del Rey is quietly campaigning for the part of Priscilla in Baz Luhrmann's upcoming Elvis biopic could hold some water. Del Rey hasn't commented on the matter publicly, but now Mrs. Presley herself has.

Gossip site The Blast caught up with Presley in an airport and asked her point blank. "I like Lana," she said. It's a simple answer, but indicates she has no problem with the rumor. It isn't the first time that Priscilla has mentioned Lana either. “I’ve seen her, it’s sweet, really sweet,” she told The Guardian of Del Rey in 2015.

Of course, it remains to be seen how much Priscilla Presley will actually figure in to Luhrmann's upcoming film. While the project is still shrouded in mystery, we do know that it will mainly focus on one of Presley's other most important relationship: his professional one with manager Colonel Tom Parker. Austin Butler is set to take on the role of Presley (beating out half of young Hollywood to nab it), while Tom Hanks will be playing Parker.

Parker did figure into the story of Elvis's relationship with Priscilla in a way that would make it both difficult for Del Rey to play the part and for Luhrmann to cover it within the film. You see, Elvis originally met Priscilla when he was 24 and she was 14. The pair's relationship began in Germany during the two-years Presley was conscripted into Army service (Priscilla's step-father was an Air Force officer also station in Germany). Though the pair were apart for a few years after Elvis's army service ended, Priscilla's parents eventually allowed her to move to Memphis to be with Elvis on the condition she enrolled in an all-Girls high school.

Parker meanwhile helped keep the relationship under wraps until he decided it would be a good career move for the two to marry. Parker arranged a quickie ceremony in Las Vegas maximized for ultimate publicity, an arrangement that left many of the couple's closest friends, who weren't invited, upset.

This is tricky subject matter to incorporate into a film, and the fact that Del Rey is seven years older than Butler might also make it hard to pull off (then again, if Hollywood can turn Judy Dench into a cat, they could find a way to turn Del Rey into a teenager).

Though, Del Rey does have an in directly with the director. Her song "Young & Beautiful" was written specifically for The Great Gatsby, so we do know that Del Rey and Luhrmann are aquatinted.