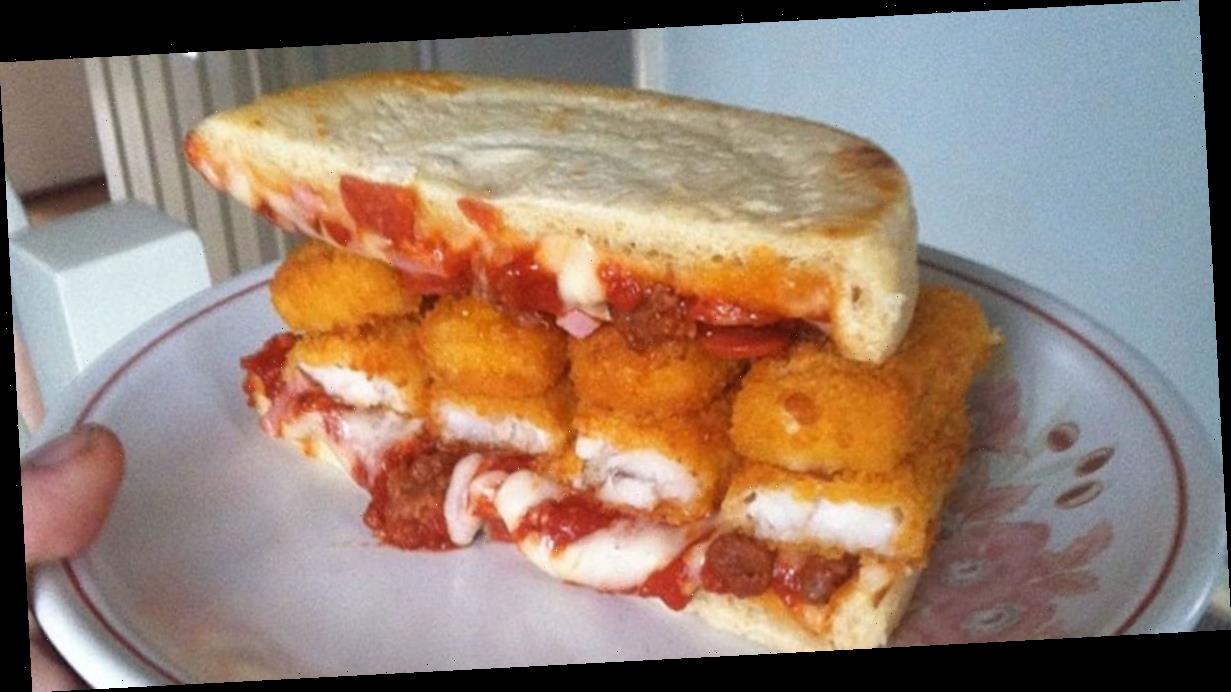 A food lover has been hailed a "genius" over his fish finger and pizza bread creation.

The man, known as Mikey G, shared his lunch with Twitter account Rate My Plate – and people were loving it.

Mikey had sent in a photo of his cooking creation, which consisted of four chunky fish fingers sandwiched between some thick pizza bread.

The dish was finished with lashings of tomato ketchup.

People seemed to be loving it, as it racked up hundreds of likes and comments online.

One exclaimed: "This is genius," as another added: "I think I would be into it!"

A third chimed in: "I would demolish that" and another added: "A thing of beauty."

Despite many wanting to get their hands on the dish, others weren't quite so sure.

One told Mikey: "Seek urgent medical attention please," as another called it "disgusting".

As a fourth quipped: "All that's missing… a bin to throw it in."

Rate My Plate is known for people posting controversial dishes, which often have people in a frenzy online.

A home cook recently caused a stir as they mixed up their up spag bol recipe by using green spaghetti.

The social media user, known as Gwen W, shared a photo of her pasta dish on the Facebook version of Rate My Plate.

But despite describing it as a "classic spaghetti bolognese", Gwen had opted to dye her pasta green.

One fellow Facebook user wrote: "Every once in a while, a creative person takes a chance to create something beautiful and shares it with the world. This is not one of those times."

Another added: "Gwen couldn't afford pasta so she dredged her garden pond."