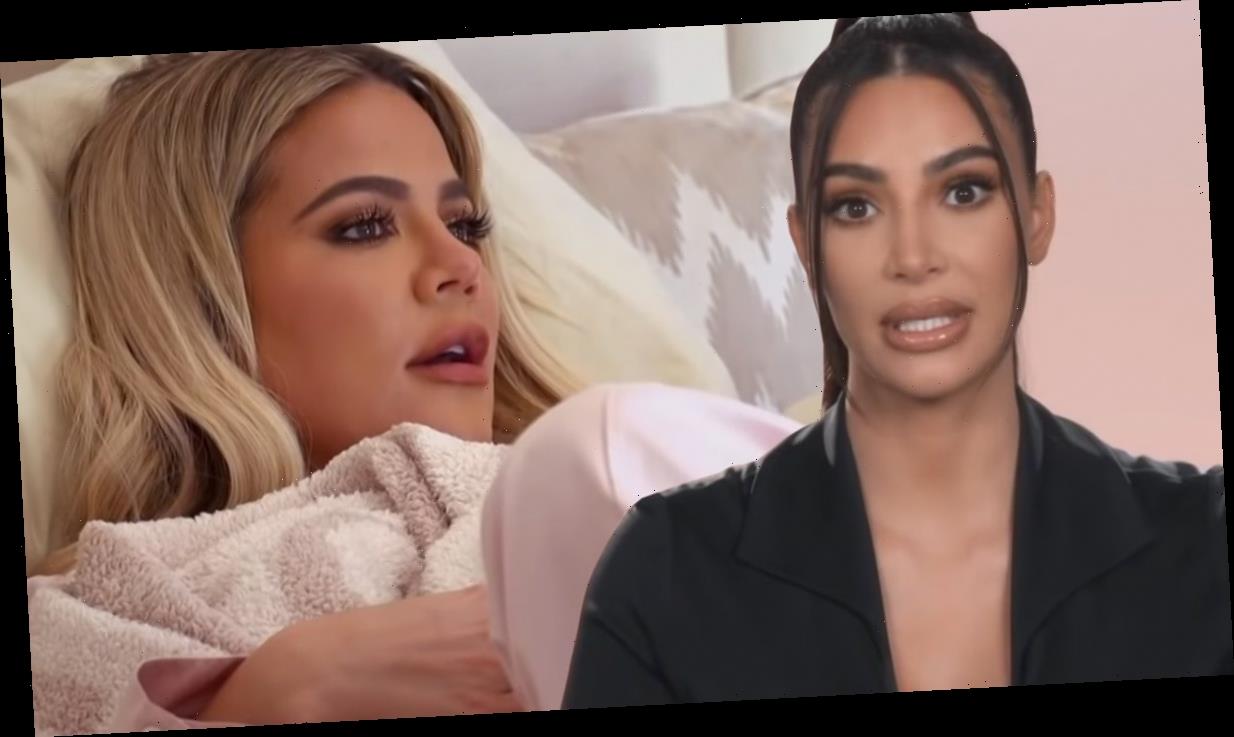 Khloe also tested positive and admitted it was a blessing to have her daughter’s father, Tristan, around.

Kim Kardashian had her hands full taking care of the family when COVID-19 struck her household.

During the latest episode of “Keeping Up With The Kardashians,” the reality star revealed the challenge of looking after all four children — North, seven, Saint, four, Chicago, two, and Psalm, one, — as her husband, Kanye West, battled the coronavirus.

“Kanye’s still quarantined in our master bedroom,” the makeup mogul, 40, began. “I think it’s just really overwhelming because every last task is my responsibility and it’s really hard to juggle it all with four kids.”

“This is the first time I’ve really had to do everything myself.”

Kim went on to describe the precautions she was taking while she kept her children separated from their father.

“He’s been in that room. I won’t let him leave,” she explained. “He hasn’t been anywhere and I’ve literally Cloroxed every doorknob, every light switch, but he has not been in this part of the house.”

Kanye had first revealed his diagnosis during a Forbes interview in February, saying, “Chills, shaking in the bed, taking hot showers, looking at videos telling me what I’m supposed to do to get over it.”

And Kim later detailed how his sickness was “scary and unknown” because it came at the beginning of the pandemic.

“I had to go and change his sheets and help him get out of bed when he wasn’t feeling good,” she told to Grazia USA. “It was a challenge because it was so unknown. Changing his sheets with gloves and a face shield was really a scary time.”

In the same episode of “KUWTK,” Khloe revealed she tested positive for the coronavirus as well and admitted it was a blessing to have her daughter’s father, Tristan Thompson, help care for their family.

“No matter how sick I am, I’m still constantly focused and thinking about True and ‘Is she ok? Does she miss me?'” Khloe said. “Just all of the thoughts, so having her dad here, it gives me a little more time so I can focus on just me trying to get better because this s–t is unreal.”

“Keeping Up With the Kardashians” airs on E! Thursdays at 8 p.m. ET.