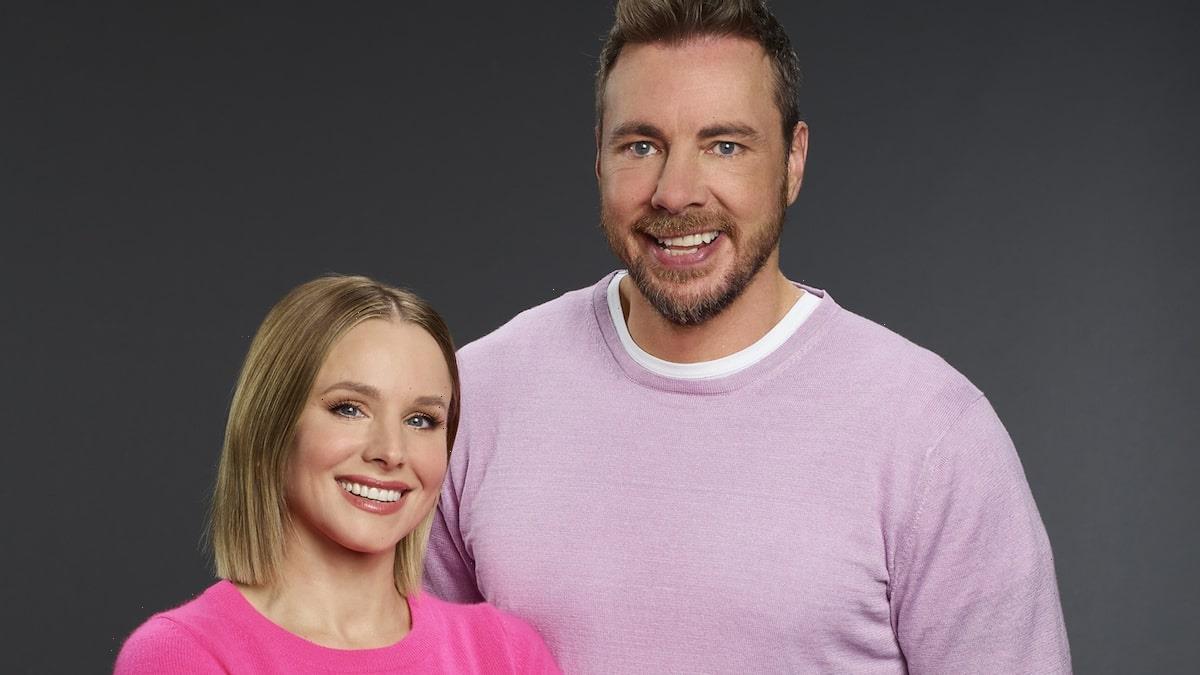 “This is the other thing, California has been in a drought forever”

Last week, the actors — who share daughters Lincoln, 8, and Delta, 6, — admitted that they don’t bathe their children regularly, with Bell revealing that they sometimes “forget” or often “wait for the stink.” 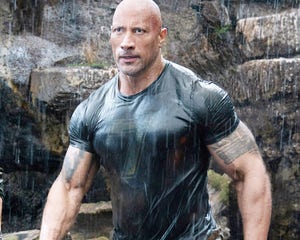 The Rock Proclaims He's the Opposite of a 'Not Washing Themselves' Celeb, Responds to 'Weird' Criticism

“It’s not so much of a joke that I wait for the stink. That tells you when they need to bathe,” Bell said, to which Shepard added, “Well, and also we had said we did bathe them religiously for the first few years when the bedtime routine was so vital, but once that wasn’t required to get them to go to sleep, yeah we took our foot off the gas.”

The “Armchair Expert” host pointed out that he bathes less than his wife does.

“I’ll just say, for America, Kristen has better hygiene than me,” he said. “So, I think in general, because Kristen wears makeup more often than I do, she has to take it off. And she has hairspray in, she’s got to get rid of it. I’m not in that stuff that often so I only have to [bathe] when either a smell is present or I’m in that stuff, the accoutrement of acting.”

As for bathing their kids, Bell said there’s also another reason why they hold off.

“This is the other thing, California has been in a drought forever,” she explained. “It’s also just responsibility for your environment. We don’t have a ton of water. So when I shower I’ll grab the girls and push them in there with me so we all use the same shower water, and I don’t know, it just happens whenever it happens I guess.”

Shepard chimed in, concluding the conversation by noting, “The bottom line is mine [hygiene] could be better.”

Over the past month, Shepard and Bell, Ashton Kutcher and Mila Kunis and even Jake Gyllenhaal all made headlines for disclosing how little they bathe themselves or their children, leaving many fans wondering what the hell was in the water in Hollywood.

It all began when Shepard opened up about his family’s lax stance on bathing, telling his “Armchair Expert” guests Kutcher and Kunis that he’d been trying to convince his co-host Monica Padman she doesn’t need to scrub her entire body with soap each day.

Instead, he subscribes to the notion that one need only focus on “soles and holes.” It’s a common belief held by many that overbathing can reduce the body’s natural oils and prove ultimately detrimental to overall health.

Kunis agreed with the sentiment, saying she’d always taken a more lax approach to showering because she grew up largely without hot water, so it’s not like it was a lovely and relaxing experience for her.

As for Kutcher, he said that he pretty much only washes his “armpits and crotch” on the daily and that is literally it. Now that their kids Wyatt and Dimitri (six and four, respectively) are growing up, they do get bathed, but still not anywhere close to daily. “If you can see dirt on them,” said Kutcher, “Clean them. Otherwise, there’s no point.” 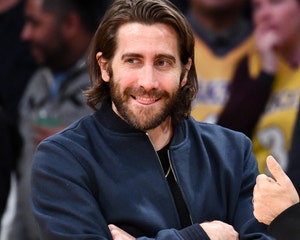 Shepard and Bell shared a bit more during an appearance on “The View” a couple of weeks later, with Bell admitting they often “forget” to bathe their daughters. “We bathed our children every single night, prior to bed as, like, the routine,” Shepard explained. But that was when the kids were younger and had to be put to bed. As they got older, things shifted.

“Somehow, they just started going to sleep on their own without the routine, and by George, we had to start saying, ‘Hey, when’s the last time you bathed them?'” he continued.

“I’m a big fan of waiting for the stink,” she explained. “Once you catch a whiff, that’s biology’s way of letting you know you need to clean it up.”

“There’s a red flag. Because honestly, it’s just bacteria,” she added. “And once you get the bacteria, you gotta be like, ‘Get in the tub or the shower.'”

Referring to Kunis and Kutcher waiting for the dirt, Bell also said, “I don’t hate what they’re doing. I wait for the stink.” 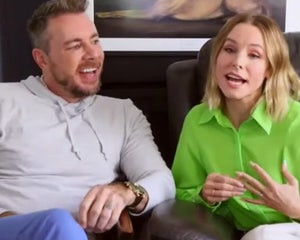 Kristen Bell Admits She Doesn't Bathe Her Kids Regularly, Either: 'I Wait for the Stink'

It continued last Friday when Jake Gyllenhaal started trending after he revealed in an interview with Vanity Fair that he’s not exactly a regular bather either.

“More and more I find bathing to be less necessary, at times” — adding, “I do also think that there’s a whole world of not bathing that is also really helpful for skin maintenance, and we naturally clean ourselves.”

A few days later, Dwayne “The Rock” Johnson chimed in on the topic. The “Jungle Cruise” star responded to a writer on Twitter who tagged the actor, proclaiming he couldn’t “possibly be one of those stinky ones” and adding that “we would all be weirdly heartbroken to find out otherwise.” Johnson saw the tweet, confirming her suspicions.

“Nope, I’m the opposite of a ‘not washing themselves’ celeb,” he said, before breaking down his routine. “Shower (cold) when I roll outta bed to get my day rollin’. Shower (warm) after my workout before work. Shower (hot) after I get home from work. Face wash, body wash, exfoliate and I sing (off key) in the shower.”