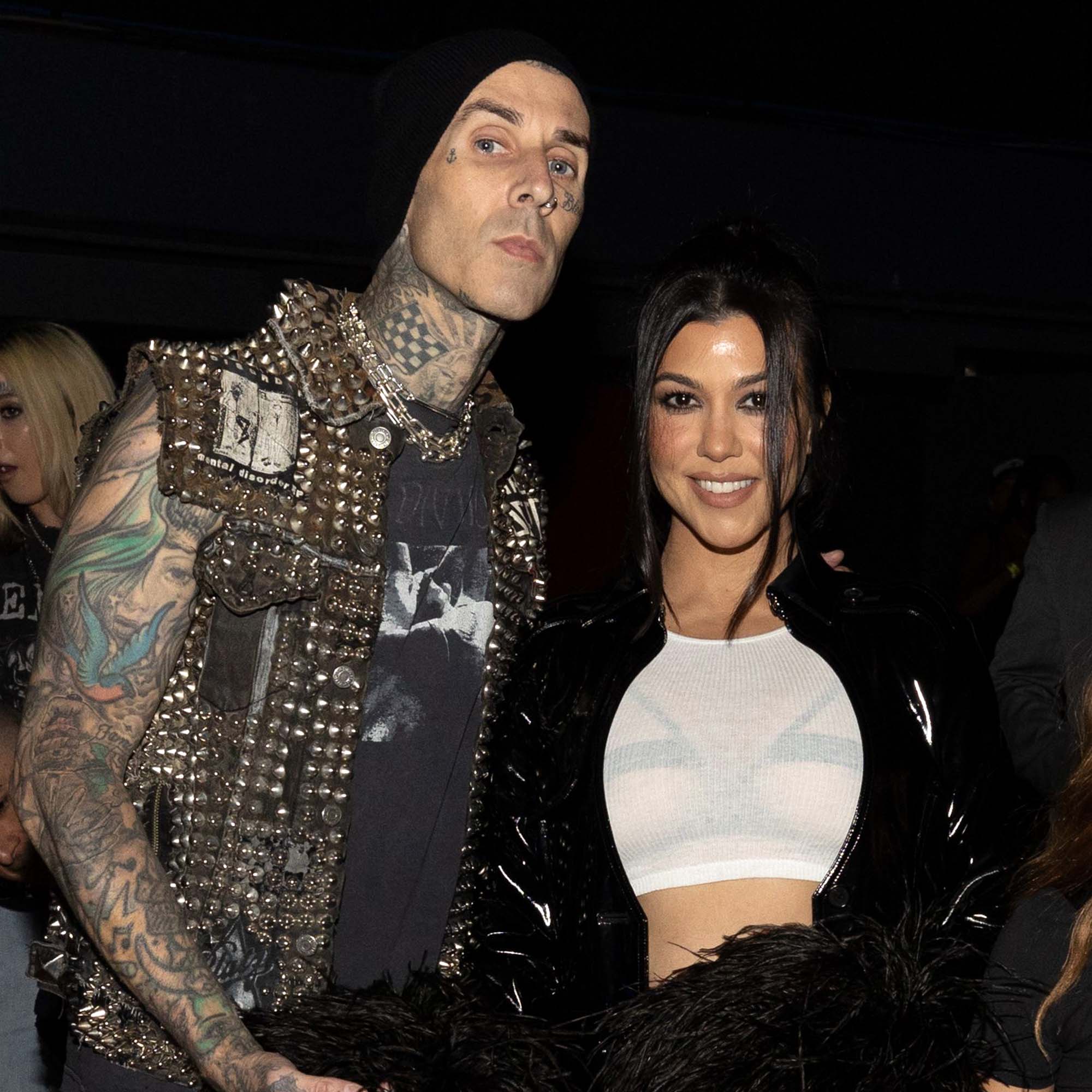 Honeymoon phase bliss! Kourtney Kardashian and Travis Barker’s recent obstacles have only brought them closer together, a source exclusively shares with Us Weekly.

“Kourtney and Travis are stronger than ever, especially after his health scare,” an insider tells Us on Monday, July 25. “They’re truly enjoying this new newlywed phase.”

The source also reveals that following his recent battle with pancreatitis, the Blink-182 drummer, 46, “is focused on his health and couldn’t have anyone better by his side.” The Poosh founder, 43, is “the best support and is always looking out for him.”

Kardashian “cares about him deeply,” the source adds, noting that the duo is “inseparable and have barely spent time apart since the wedding.”

Earlier this month, the rocker revealed that he had “developed excruciating pain” after going in for a routine endoscopy with the Kardashians star in late June.

“During the endoscopy, I had a very small polyp removed right in a very sensitive area, usually handled by specialists, which unfortunately damaged a critical pancreatic drainage tube,” Barker wrote via Instagram. “This resulted in severe, life-threatening pancreatitis. I am so very, very grateful that with intensive treatment I am currently much better.”

Kardashian, for her part, also penned a statement of her own at the time, reflecting on the “scary and emotional week” the two had just experienced.

Travis Barker’s Health Ups and Downs Through the Years

“Our health is everything and sometimes we take for granted how quickly it can change,” the Keeping Up With the Kardashians alum wrote. “I am so grateful to God for healing my husband, for all of your prayers for him and for us, for the overwhelming outpouring of love and support.”

At the time of Barker’s hospitalization, an insider told Us that the DASH owner was “by his side” for the entirety of his 72-hour stay.

Prior to the hallowing medical issue, Barker and Kardashian had been enjoying a summer of love and relaxation. The couple tied the knot in not one, but three ceremonies, capping off the romantic celebrations with a lavish bash in Italy in June.

The twosome, who got engaged in October 2021, after less than a year of dating but after decades of friendship, have also watched their romance play out on The Kardashians. The reality series has closely documented their romance, including their difficult journey with attempting to have a baby.

Everything to Know About Travis Barker’s Hospitalization After Health Scare

“The fertility journey, Travis and I, we stay in the moment and just do the steps that we need to do,” Kardashian revealed on the May 19 episode of the reality show during one of couple’s many trips to the fertility doctor. “It is nice to hear good news and have some positivity. We love that, but we just wait to hear the final words.”