One the biggest buyers of Australia’s energy exports is warning against gas export controls, following Victorian Premier Dan Andrews’ call for a domestic gas reservation, while federal Treasurer Jim Chalmers says “all options” are on the table to reign in soaring power and gas bills.

Australia is the second-largest supplier of LNG to Korea, which is heavily reliant on energy imports and Kogas, a state-owned utility has invested billions in developing the Santos-controlled GLNG project Gladstone. 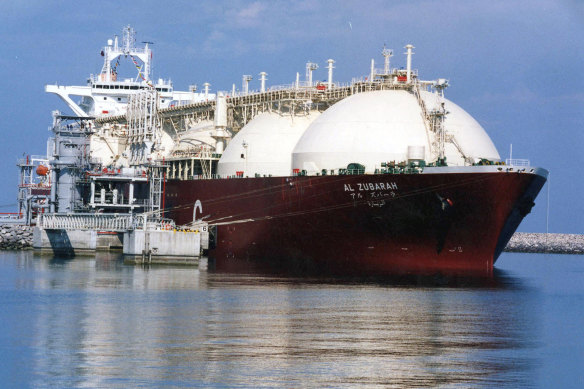 Korean Ambassador Jeong-sik Kang said Australia was a “trusted and reliable partner” but warned against risking investment and supply contracts for gas being exported to Korea.

“Korean companies such as Kogas have significantly invested in Australia with confidence on strong and mutually beneficial partnership between our two countries,” he said.

“It is in the best interest of our two nations to ensure stable and reliable trade and investment of LNG while honouring contractual relationships.”

In the past financial year, Korea bought $7.1 billion of LNG shipments from Australia and $4.4 billion of thermal coal.

Japan is another major energy customer of Australia. An embassy spokesperson said Japanese Prime Minister Fumio Kishida was assured by Prime Minister Anthony Albanese in October at a meeting in Perth that Australia recognised the “critical importance of enhancing energy security cooperation” including liquified natural gas.

“While we are following with great interest the discussion within Australia regarding gas, Japan has been reassured repeatedly by the Australian government at various levels that Australia will remain a trusted and reliable supplier of resources to Japan and a safe place to invest,” the spokesperson said.

Dan Andrews this week called for a “national domestic reserve” to lower energy prices and ensure Australian companies and households did not compete with other countries for supply.

“We need a national domestic reserve so our gas is for our businesses and our households first and the bit that we don’t need, sell that to the world and get the best price you can.”

Chalmers said on Tuesday he would consider Andrews’ call for a domestic gas reservation.

“We welcome input from … the states and territories and from the impacted industries when it comes to working out whether we can intervene in energy markets in a sensible and responsible and meaningful way.”

Gas and coal prices have both jumped this year amid a global energy crunch sparked by bans on Russian fossil fuel exports following its invasion of Ukraine in February. Power bills are forecast to rise 30 per cent next year and gas bills are set to jump 20 per cent.

Shadow treasurer Angus Taylor said increased gas supply was critical to lowering energy bills but the federal government was damaging its potential to work with industry to get more flowing into the market by lashing out at gas companies.

“Asking a business to help you when you are demonising them, it simply doesn’t work, yet that’s the position the Labor government is now at,” Taylor said.

“[Former ACCC commissioner] Rod Sims put it very well in the last little while he said you just gotta get more supply in a domestic network and you’ll get those prices down.”

Sims wrote in the Australian Financial Review on Tuesday that Australian gas prices could be cut by requiring producers to supply gas excess to what is sold under long-term contracts to the domestic market before exporting it to the international spot market.

“There is no suggestion or need to interfere with the long-term contracts,” Sims said.