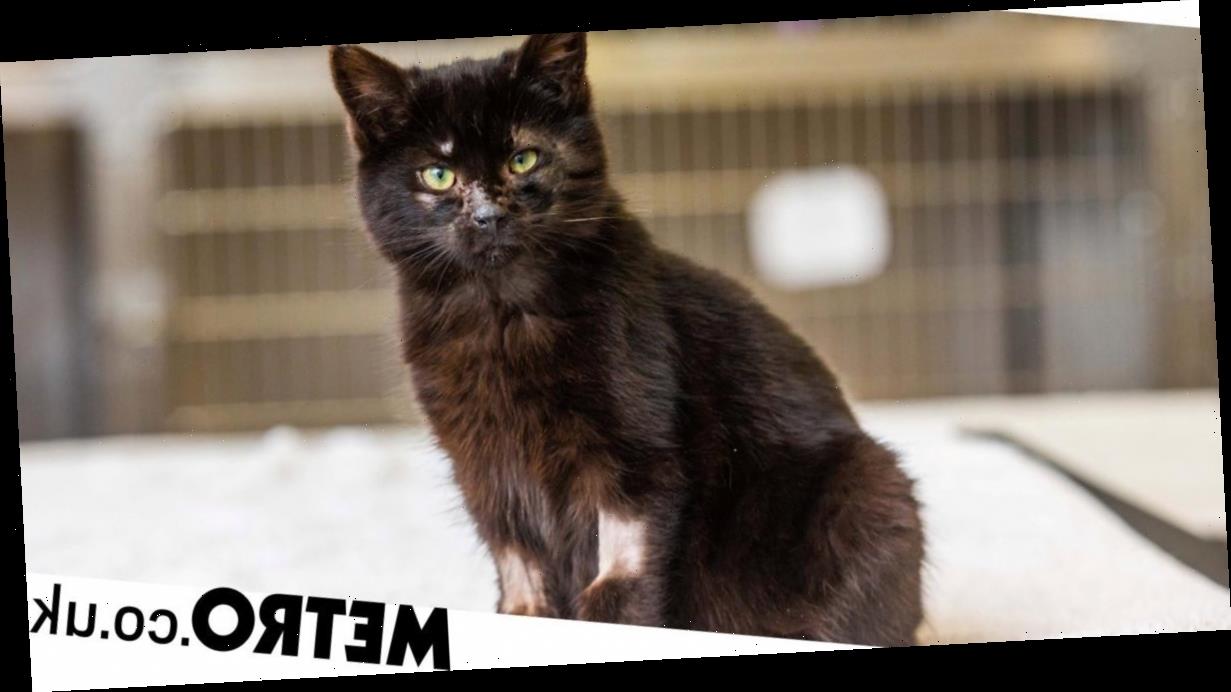 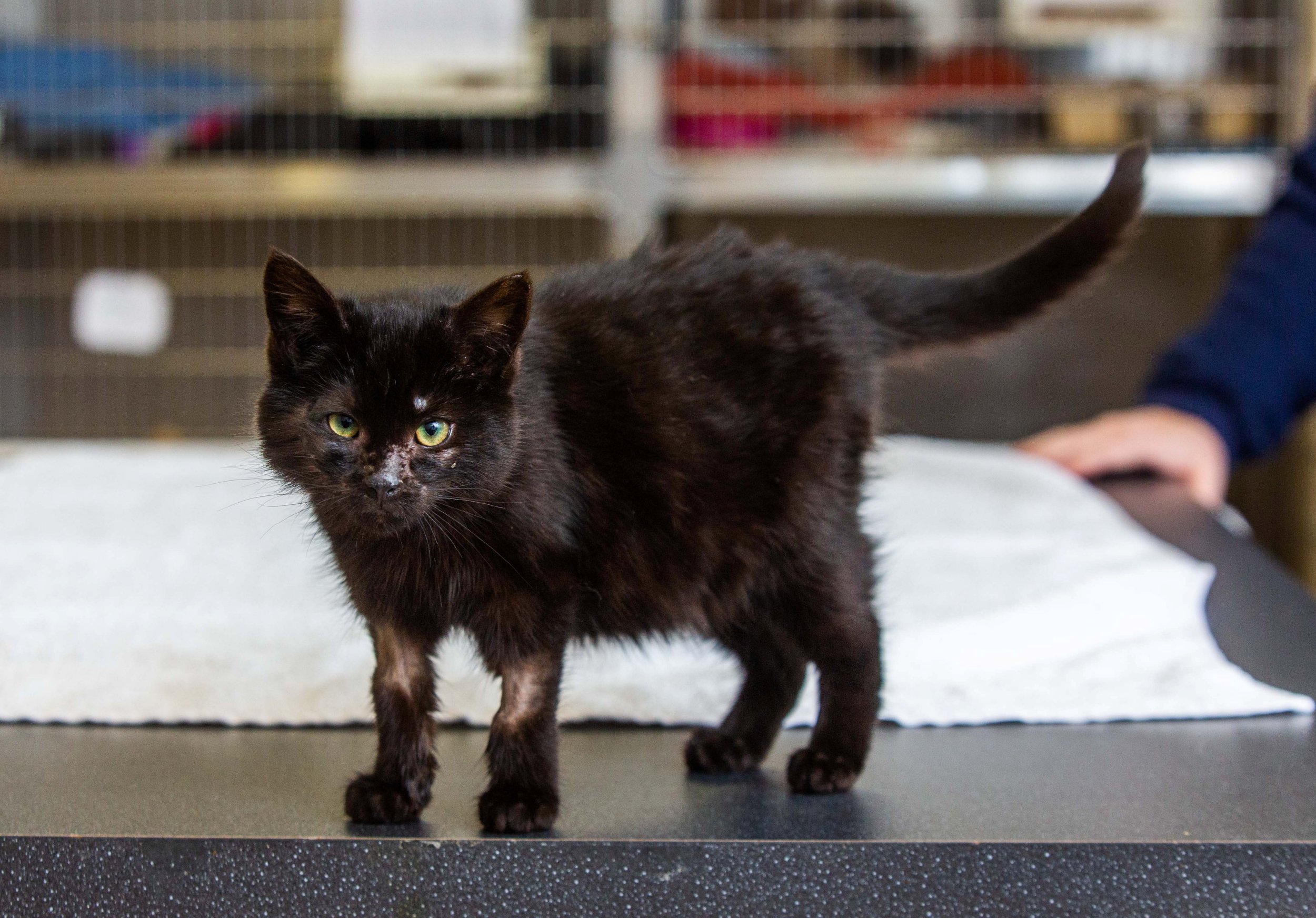 Scoop is one lucky kitten.

The tiny black cat was moments from death when he was rescued by a stranger who heard his cries coming from a digger’s scoop.

Had he not been found, he would have been dumped in a landfill and left for dead.

‘They thought they had heard a noise a short while earlier but they’d had a look around and couldn’t find anything,’ said Gill Hodge, secretary for North Devon Animal Ambulance, who have been caring for the kitty.

‘The scoop came over to lift the rubbish and as it did one of the chaps saw movement and shouted stop.

‘They lowered the scoop and as they opened it up they saw the kitten inside.

‘The kitten was in a bad way, very very weak and obviously injured.

‘They scooped him up and one of the staff said they’d taken him into the animal ambulance.’

While the charity was hosting a walk-in event, a man arrived with Scoop in a box.

The kitten was in very poor shape.

‘He was very weak, emaciated and dehydrated,’ said Gill. ‘He was in very poor condition and barely clinging to life.’

Thankfully Scoop – named after the spot where he was found – was taken into the Barnstaple hospital just in time and is now recovering well.

‘They’ve found animals in the rubbish before unfortunately,’ said Gill. ‘Goodness knows how they get there, we wouldn’t like to say.

‘In the past they’ve had feral cats, but we have no idea how this little guy ended up there.

‘One chap brought the cat to us, and the other chap spent a long time checking the area to make sure there weren’t any more kittens there and thankfully there weren’t.

‘He’s been with us a week know and he’s been having antibiotics and plenty of food, and TLC from our volunteers, and he’s making a recovery.

‘He’ll be with us a few weeks yet but he’s showing good signs of recovery – I think he might have used up all his nine lives though.

‘We’ve named him Scoop because that’s where he was found. We thought it was apt.’