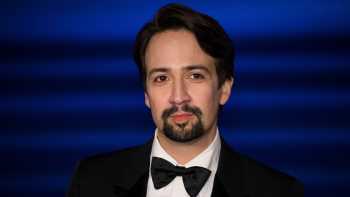 The series adaptation of “The Kingkiller Chronicle” is not moving forward at Showtime as planned.

Variety has confirmed with sources that Showtime will no longer develop the series, which has been in the works at the premium cabler since October 2017, for financial reasons. Lionsgate Television, which is producing the show, will now shop the series to other outlets. Lionsgate announced in 2015 that it was developing a movie, TV show, and video game based on the fantasy book series. The TV series is an origin story set a generation before the events of the first novel.

The series is centered on the wizard Kvothe, who survives a tragic childhood to become a notorious household name. “The Kingkiller Chronicle” book trilogy by Patrick Rothfuss and novellas have sold 10 million copies, and the first two books — “The Name of the Wind” and “The Wise Man’s Fear” — were New York Times bestsellers. The series will be executive produced by “Hamilton” creator Lin-Manuel Miranda, with John Rogers serving as showrunner. Miranda will also compose music for the series. Miranda, Rothfuss, Robert Lawrence, and Jennifer Court will also executive produce.

Showtime is currently working on a series adaptation of the “Halo” video game franchise, with Pablo Schreiber set to star in the role of Master Chief. It was also recently announced that Showtime had given a script-to-series order to a series adaptation of “Gormenghast,” adaption of Mervyn Peake’s fantasy book series of the same name.