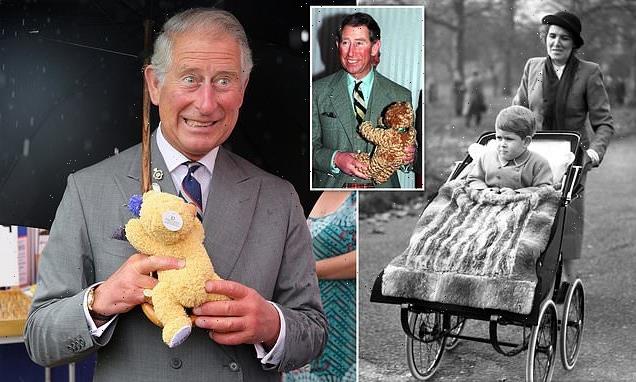 King Charles had a sentimental attachment to his childhood teddy bear that still accompanies him everywhere today, a royal biographer has claimed.

Christopher Andersen, author of The King: The Life of Charles III, told Entertainment Tonight the new monarch, 73, adored his bear so much that he only ever allowed one person to carry out essential repairs on it – his childhood nanny, Mabel Anderson.

The author added that, as a young prince and into adulthood, Charles treated the teddy bear ‘like his own child’. 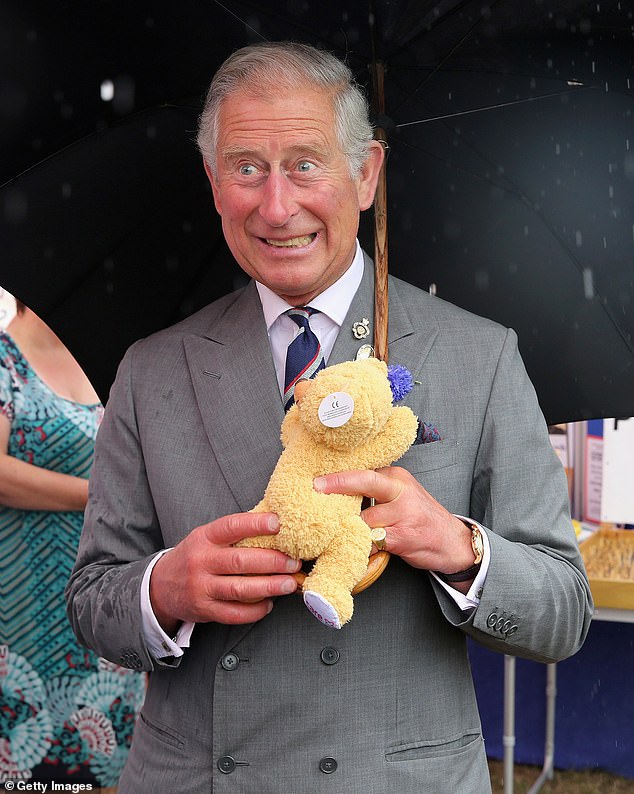 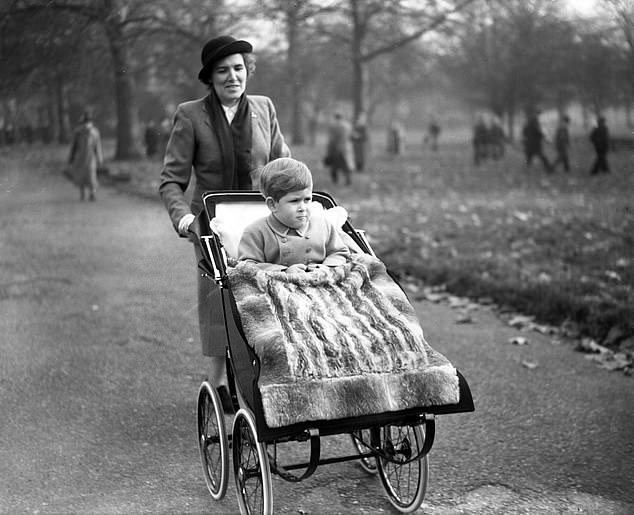 Baby Prince Charles being taken for a stroll by his nanny Mabel Anderson, who was relied upon to make ongoing repairs to his favourite bear 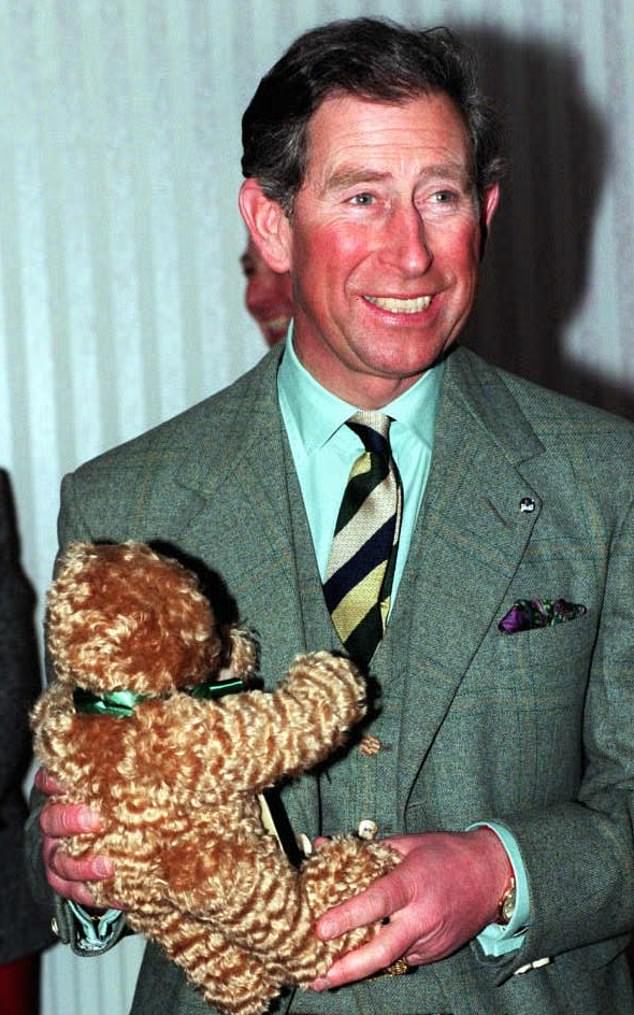 In the new biography the bestselling American author claimed Charles’ aid Michael Fawcett was tasked with looking after the bear and knowing where it was at all times.

And if the antique teddy ever needed some running repairs, only Mabel Anderson, the King’s childhood nanny, was allowed anywhere near it. ‘Mispy’, as she was affectionately called by the King, was even hauled out of retirement to help.

Author Christopher Andersen wrote:  ‘He was well into his forties, and every time that teddy needed to be repaired, you would think it was his own child having major surgery.’

He added: ‘The bear went everywhere with Charles.’

Ms Anderson, who is now in her nineties, joined the Royal Household when Charles was in need of an assistant nurse and became one of The Firm’s most trusted servants as well as a good friend of the late Queen.

At her job interview she was said to be the only applicant who was ‘not shaking with nerves’. 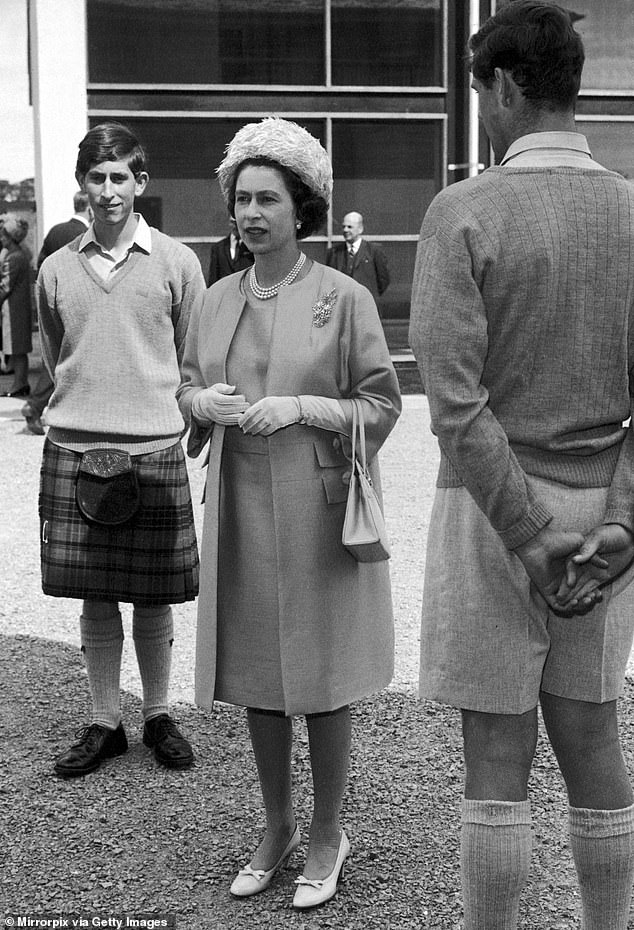 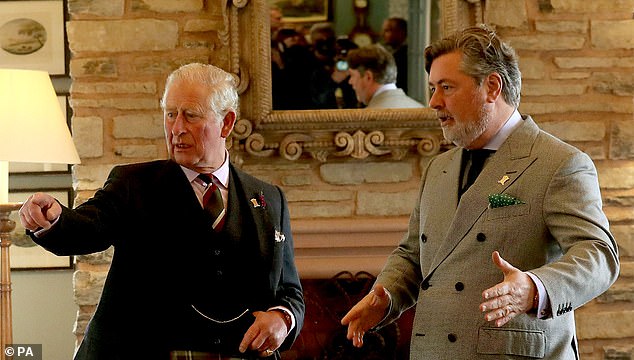 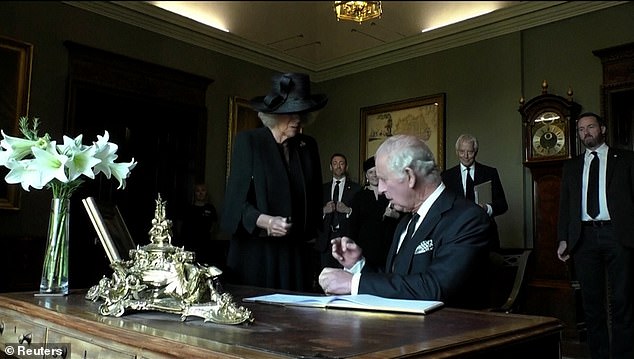 In September, the new king complained about the pen he was using to sign his name, furiously moaning he couldn’t ‘bear this bloody thing’ 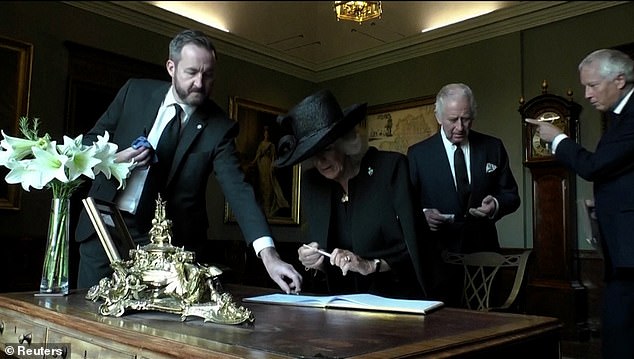 Other revelations about the new king revealed in Andersen’s book include that Charles travels everywhere with a ‘custom-made toilet seat’.

He also claimed that, if he is invited somewhere for dinner, the monarch brings his own chef so he can have his own meal prepared separately.

However, the author conceded this is a claim the King has previously denied.

In an extract in Vanity Fair, Andersen wrote: ‘If he wasn’t being piled on by his rugby teammates or hung up in the shower, the Prince of the realm had to contend with being battered in bed.’

According to the Prince, most nights he was pummeled with shoes, pillows, and fists.

‘I simply dread going to bed,’ he complained, ‘because I get hit all night long’.

He added that much of Charles’ personality can be traced back to his childhood that was ‘desperately lonely’.

But he also wrote about Charles being the sort of dad who would ‘have pillow fights with his boys,’ ‘read them bedtime stories’ and ‘kiss them goodnight’ even as teenagers.