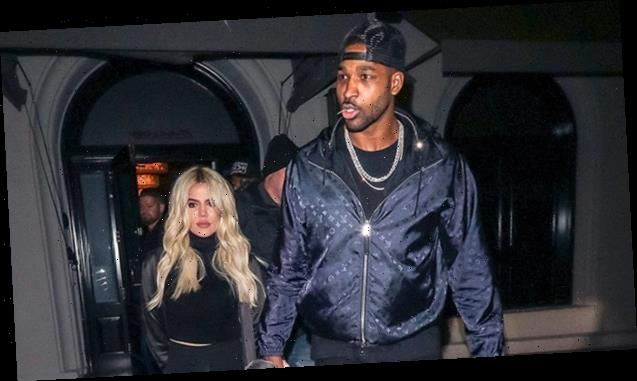 Amid ongoing speculation that Khloe Kardashian and Tristan Thompson are back together, we’ve  EXCLUSIVELY learned things are ‘headed in a good direction’ and if we can expect a second baby anytime soon!

Ever since Tristian Thompson, 29, relocated to Los Angeles to be near Khloe Kardashian, 26, and their 2-year-old daughter, True Thompson, there has been talk of a possible reconciliation – and maybe of another pregnancy. While KoKo has not come out to confirm either, an insider has shared EXCLUSIVELY with HollywoodLife how the Revenge Body host would go about it if she did have another bun in her oven. “Khloe would keep it very quiet if she were to be pregnant,” says a source close to the family.:

Khloe is “keeping everything with what’s going on with Tristan a lot quieter than she did before everything happened with Jordyn [Woods],” the insider tells HollywoodLife, referencing Tristan’s infidelity that seemingly broke him and Khloe up for good. Instead of broadcasting every moment or development, the source said that Khloe is keeping it all on the DL. “She doesn’t need the outside chatter or opinions.”

As for giving True a baby sister or brother, the source tells HL that Khloe would “like to have another baby sooner rather than later,” and she’s been “talking about it a while now.” Khloe has “never been shy about wanting a big family,” adds the source. “She just wasn’t going to do it when things weren’t good with Tristan. He’d love to have one with her as well, but they wanted to get to a place where they were rock solid again. Now that he’s not playing ball, he’s around every single day, and it’s really helped them both. His plan is to be in LA for as long as he can. Things are really headed in a good direction for them both right now.”

Khloe’s mother seems keen on having another KarJenner in the family. Kris Jenner stopped by the Ellen DeGeneres show on Sept. 24 and teased that KUWTK could end on a baby cliffhanger. When Ellen DeGeneres noted how Khloe and Tristan are “hanging out a lot,” and that might lead to another bundle of joy, Kris didn’t deny the possibility of another kid. “You never know around here. Like I said, I never count anybody out for the count. You never know what’s going to happen. I guess that’s why we’ve been around for all these seasons. 20 seasons.”

Speculation of a Khloe-Tristan reconciliation picked up steam over the summer. In June, the two of them were spotted getting close during a friend’s birthday party. Then, in early September, the two went on a hike together out in Malibu. Kim Kardashian amped up the speculation on Sept. 21 by posting an Instagram Story that featured her, Khloe, and Tristan together. She shared a similar IG story two days later, asking if she was “3rd wheeling hard?”