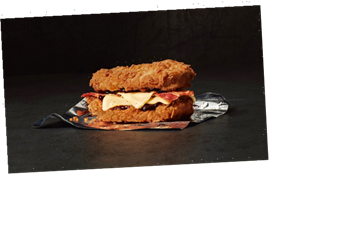 KFC is bringing back its popular Double Down burger – but only for six weeks.

The breadless burger uses two pieces of chicken instead of a bun, with bacon, Monterey Jack cheese and BBQ sauce making up the filling. 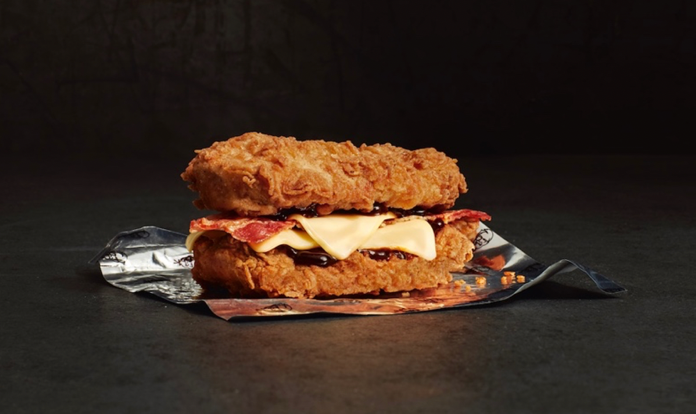 The Double Down will be available from this Monday, October 5, until Sunday, November 15, when it'll disappear from menus.

In addition, diners can also get a Double Down burger boxmeal, which comes with fries, a drink, plus an extra piece of Original Recipe chicken, for £7.49.

If you've never tried one, you'll be able to buy a Double Down in restaurants or via home delivery through Uber Eats.

Keep in mind you'll pay extra for delivery if you're ordering via Uber Eats, with costs varying depending on how far away you are from KFC.

Fans have been tweeting their excitement over the news this afternoon.

One person said: "Follow me back and I purchase 100 Double Downs."

Another tweeted: "The Double Down should always be on the menu!"

Available in the US since 2010, the Double Down has been released in a number of KFC restaurants all over the world – it was even once labelled as its "most successful" burger.

But some fans in the UK previously branded it "a disaster" and said it "easily fell apart" in their hands.

The Double Down was first sold in the UK in 2017 as a limited edition menu item – here's what happened when we when we reviewed it at the time.

It last appeared in UK restaurants in 2018 along with a spicy Zinger version.

Sadly, it doesn't look like KFC is bringing back its Zinger Double Down burger this time round.

KFC has reopened the majority of its 900 restaurants in the UK following their temporary closures due to the coronavirus pandemic.

Use the KFC restaurant locator to find your nearest branch.

But if you're planning a late visit, you'll only be able to dine in until 10pm because of a new curfew placed on the restaurants pubs.

Delivery and drive-thru lanes will still be available after this time.

We've asked KFC if the Double Down uses the same recipe as last time and we'll update this article when we know more.

NHS guidelines suggest men should consumer no more than 2,500 calories a day, while it's 2,000 for women.

KFC is also bringing back its WOW Box – which contains a fillet burger, one piece of chicken and regular fries – for £3.49.

In other fast food news, McDonald's is adding five new menu options next week, including a spicy quarter pounder with cheese.

If you're a fast food fan, cash saving expert 'Coupon Kid' Jordon Cox reveals the best fast food hacks going so you get more for your money.