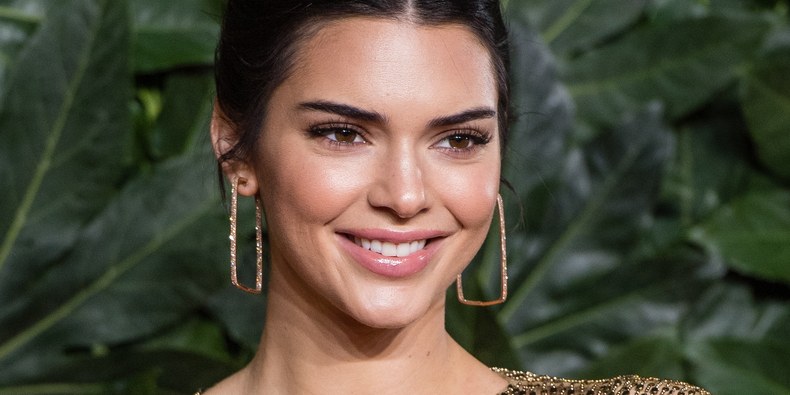 The Kardashian's lives are an open book. Well, most of them. Kendall Jenner has always conducted her personal matters with more mystery than the rest of her kin, and even though she's been in the public eye since she was basically a child, many details of her dating life remain remarkably private. The model tends to like it that way, too.

“I’m very young and right now I feel like relationships aren’t always super-certain and I don’t want to bring too much attention to something if you don’t really know long term [what it’s going to be]," she told Vogue Australia earlier this year. "A relationship is only meant to be between two people, and the second you make it the world’s business is when it starts messing with the two people mentally. Like once everyone is let in, you’re letting all these opinions into your relationships, and I don’t think that’s fair.”

Still, she's been linked to everyone from Harry Styles to Anwar Hadid and, more recently—with little evidence— to Los Angeles Lakers player Kyle Kuzma and man-about-town Fai Khadra. (Khadra seems to be just a friend who is also seen out frequently with the Hadid sisters and other Kardashians).

Turns out, however, Jenner has a limit to how much she'll let people gossip about her personal life. An NBA fan account tweeted out a photo montage of five basketball players Jenner has supposedly dated and concluded that it constitutes "a playoff team." Jenner decided to fire back.

"2 out of 5 accurate, thanks," she cheekily wrote back. We're going to assume those two are Ben Simmons and Blake Griffin, but who really knows?

Kendall's reply comes after a tweet by Simmons' sister Liv that many considered to be directed at Jenner.

“I just wouldn’t ever wanna be known for dating athletes. Like imagine working your way through a league. Not a team a LEAGUE!" Simmons tweeted.

Apparently, she'd rather be known for shady tweets.